Is This Quirky Flying Machine The Future Of Flight?

It uses a so-called tail-sitter profile to provide a seat situated in a cabin. 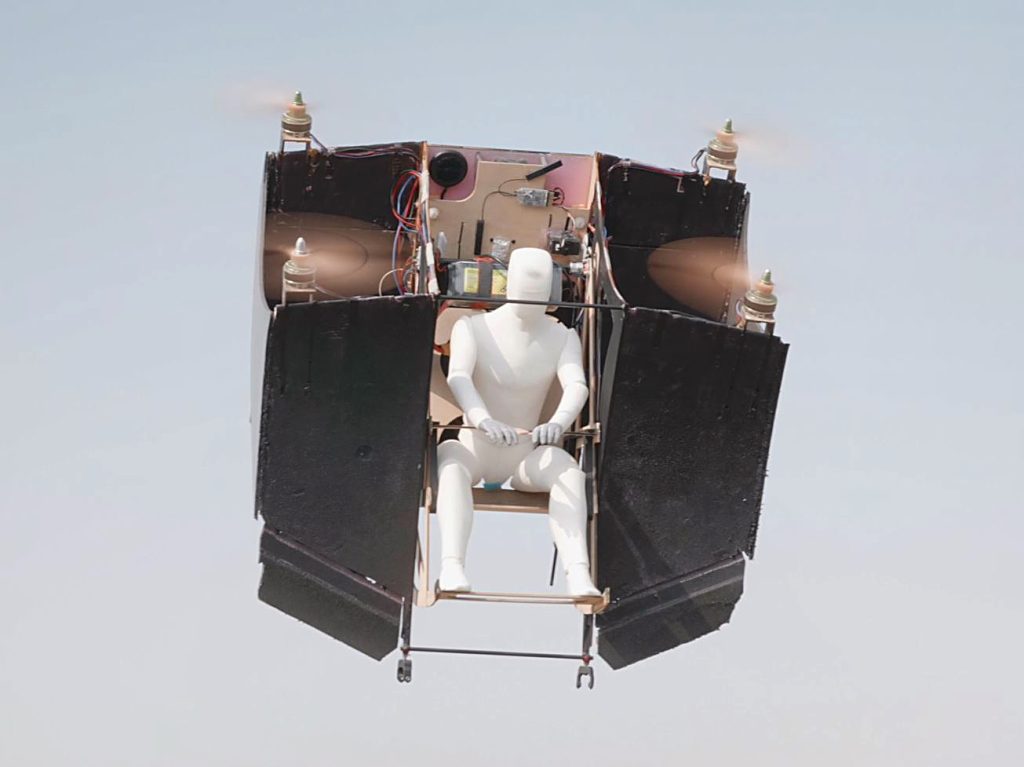 This quirky new flying machine is being touted as the future of flight and could make any normal car fly.

Called the Mad Bat, a quarter-scale prototype of the aircraft has already demonstrated its ability to pull off incredible airborne tricks.

Described as a “multipurpose tilt biplane,” the unique eVTOL is the brainchild of a Romanian team led by Razvan Sabie.

It uses a so-called “tail-sitter profile” to provide a seat situated in a cabin.

This remains horizontal even as the propeller propulsion system turns fully horizontal.

The versatility of the design would allow the Mad Bat to be offered in different scale sizes, from a backpack-sized drone to a multi-seat taxi.

The company also claims a large version could be attached to any car to turn it into a flying vehicle.

Razvan Sabie says he is working on the Mad Bat with aerodynamics expert Professor Iosif Taposu, who he views as a pioneer in the field.

Mr. Sabie explains: “The projects we work on are based on his invented airfoils, which allow such low drag, high lift, and very high angles of attack.”

“His work, related to this new aerodynamics, covers more than 30 years. His aerodynamics principles will change a lot in the future of aviation.”

“We are using these airfoils in a scientific way, based on very solid mathematical theories. The future applications could be huge.”

With a prototype acting as a proof of concept, the team is looking for investment to move the Mad Bat forward and is already designing a full-scale, single pilot model.

Mr. Sabie said: “I hope that very soon we will be able to go into the second step, to organize our activity in a regular R&D company.”

“We had funds for what we have done till now, but any further steps in the aerospace projects imply exponential funds, so we will see how we do with these things in the future.”

Mr. Sabie explains that the name Mad Bat refers to both the internal project name Batman and the bat-like aerobatics maneuvers the craft is capable of.

The aircraft would also have a parachute safety system installed to offer controlled landings in case of engine failure.

The team made headlines in 2019 after showing off a working prototype of the ADIFO UFO design – which looked exactly like a flying saucer.