ESPN is excited to be home of the new expanded Major League Baseball Wild-Card Playoffs that begin this weekend. 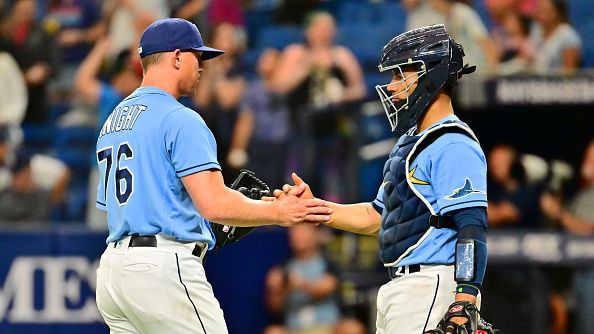 The top seeds, teams with the best regular season records in the National and American Leagues a bye in the new format. So, it is a moment of joy for Atlanta Braves along with the Los Angeles Dodgers who get the bye, while the American League honors belong to the Houston Astros and the New York Yankees, as they will get some rest this weekend.

Does the new format make it easier or tougher to win a World Series title?

Fox Sports Baseball analyst Ken Rosenthal on the Starting 9 podcast thinks the new format will offer more challenges. “I don’t know if it is better&mldr; but it will test every team in the playoffs because you have four rounds of post-season baseball for teams playing in the wild-card round, after a six-month regular season, I think that is going to make winning very hard.”

The broadcasts will be handled by Boog Sciambi and Doug Glanville. Meanwhile, north of the border in Toronto, it will be Dave Flemming, Jessica Mendoza and Tim Kurkjian. The National League will see the St. Louis Cardinals, the Champs of the Central, hosting the San Diego Padres. Michael Kay and Alex Rodriguez will take care of this assignment.

Battle of the bitter rivals the New York Mets will entertain the Philadelphia Phillies with Karl Ravech, David Cone and Eduardo Perez.’

So, who is the sleeper team in the Wild Card Round?

“To me the one team to keep an eye on must be the Cleveland Guardians – they are playing very well”, said MLB Network analyst Bo Porter. “The Guardians do one of the most important things in the game better than anyone else and that makes contact, so they don’t strikeout, they put the ball in play, keeping the pressure on the defense, plus running up the opposing team’s pitch count, and finally they steal bases leading the league with an 80 percent success rate which means plenty of scoring opportunities.”

The games start Friday night and end on Sunday weather permitting and start times are yet to be announced,