Can The Italian Left Bounce Back Against Gioriga Meloni?

Reeling from its poor performance in last week’s election, the Italian left is doing much soul-searching and plans to bounce back. 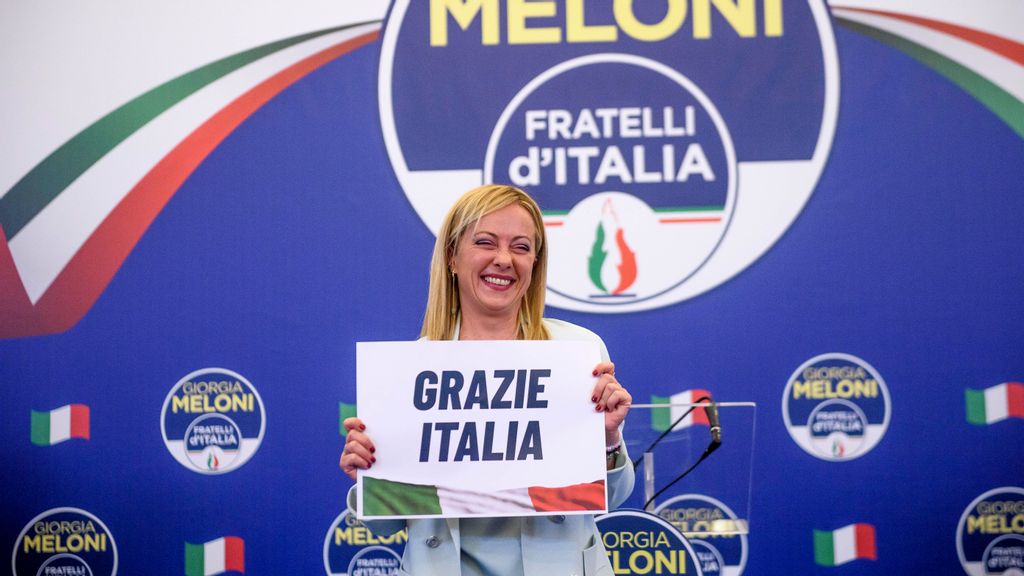 NAPLES, Italy — Reeling from their poor performance in last week’s election, the Italian left is doing much soul-searching as it plans to bounce back from its defeat in the September 2022 general election.

The victory of the right-wing Brotherhood of Italy Party its leader Giorgia Meloni came during an election with a historically low voter turnout.  Yet, analysts noted Meloni’s victory was due to more then just low voter turnout. Italy’s Democratic Party, the country’s main center-left party, earned just 19 percent the worst performance in the party’s history.

“We need to become a European-style Labour Party, one with European values that’s the lesson from this recent election,” Said Francesco Senese, a senior official with the Democratic Party in Naples.

He also points out that the populist Five Star Movement has chipped away at the Democratic Party’s base in southern Italy in particular. The Five Star Movement passed a “citizen’s income” or basic income for all Italians at the last parliament. Providing a new government subsidy of  €740 per month.

Senese spoke with Zenger News, in Naple’s Gramsci Café. A café named after the Italian philosopher whose ideas about cultural Marxism continue to resonate with activists on the political left today. Gramsci died in prison in 1937 as one of many leftists targeted by the regime of then dictator Benito Mussolini.

During the recent campaign the Italian Left compared Meloni to fascist figures like Benito Mussolini. Yet, voters were unswayed by these arguments.

“The Italian Left should invest in developing a vision of where they want this country in ten years time,” says Francesco Grillo the managing director of Vision and Value, a consulting firm and advisor to Italian government, “I think unless they can do that then they will continue to face defeat at the polls and potentially see a split. That is unless they can find someone that can be sort of be like how Emanuel Macron was for French voters in 2017 – someone with a ‘cool’ image that unites the liberal and leftist voters in the party.”

When she did talk about economic issues Meloni presented a more centrist approach then the liberalizing policies of previous conservative governments. Meloni has criticized the “citizens income” but, largely focused her campaign on culture war issues putting her opponents on the back foot.

“[The Democratic Party] spent more time in the campaign defending abortion, LGBT and immigration rights from the threat of the far right,” said Nick Ottens, a European politics analyst, “That helped the right more than it helped the left. Social justice resonates with university-educated Italians in big cities like Bologna and Florence. It doesn’t convince the garbage collector in Naples or the unemployed single mother in Palermo that the left has their interests at heart.”

Ottens said that Democratic Party ran on a basket of left-wing economic policy prescriptions. These included tax cuts for the lowest incomes, higher salaries for teachers and nurses, and a higher minimum wage.  Enrico Letta who headed the Democratic Party during the elections and is former Italian Prime Minister failed to convince voters that these policies were right for Italy.

“These are the right policies to appeal to left-wing voters but, the Democrats in Italy have a similar problem to Democrats in the United States,” said Nick Ottens a European political affairs analysis , “They’ve become an upper-middle-class party that’s seen as out-of-touch with the concerns of working voters.”

Either way the Italian Left may get a rematch with Meloni one way or another. Since 1945, Italy has average as a new prime minister every two years and a new government every eighteen months.

«Previous Post
When The Skies Went Dark: Historians Pinpoint The Very ‘worst Year’ Ever To Be Alive»Next Post
Top Biden Aides Among Those Who Will Benefit From Student-Loan Forgiveness Plans They Helped Craft