Simulations Show The Making Of Moon

The Moon’s origin has been debated for hundreds of years. Without it, Earth’s climate would be unstable with no tides. 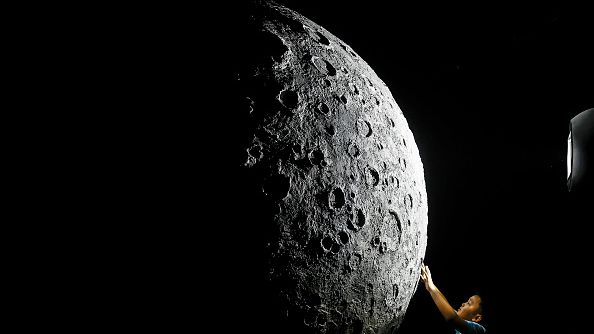 The moon formed rapidly in a giant impact between Earth and a Mars-sized planet 4.5 billion years ago, according to new research.

It was placed immediately into orbit around Earth – turning a previous theory on its head. Simulations show for the first time how the satellite was born – fueling life by creating a phenomenon called tidal force on its host planet.

“This formation route could help explain the similarity in isotopic composition between the lunar rocks returned by the Apollo astronauts and Earth’s mantle,” said co-author Professor Vincent Eke, of Durham University.

“There may also be observable consequences for the thickness of the lunar crust, which would allow us to pin down further the type of collision that took place.”

The analysis revealed it avoided being torn apart by Earth’s gravity despite being so close. It not only survived but was pushed out safe from future destruction.

“We went into this project not knowing exactly what the outcomes of these very high-resolution simulations would be. So, on top of the big eye-opener that standard resolutions can give you wrong answers, it was extra exciting that the new results could include a tantalizingly Moon-like satellite in orbit”, added Dr Kegerreis.

A supercomputer called COSMA mapped hundreds of different possible scenarios as the rocky world named Theia smashed into Earth. The Durham University team varied the angle and speed as well as the masses and spins to explain the present-day binary system.

Most theories create the Moon by gradual accumulation of the debris. But composition of lunar rocks is like that of Earth’s mantle. The impact produces debris that comes mostly from Theia. Upcoming lunar missions should reveal new clues, and tell us more about the history of Earth itself.

An earlier analysis of lunar rock brought back by Apollo astronauts identified traces of Theia.

It has been suspected since the 1980s there was once an ancient planet in our solar system. Astronomers call it Theia, the mother of Selene in Greek mythology, who was goddess of the Moon.