Scientists Identify The ‘superspreaders’ Of The Animal Kingdom 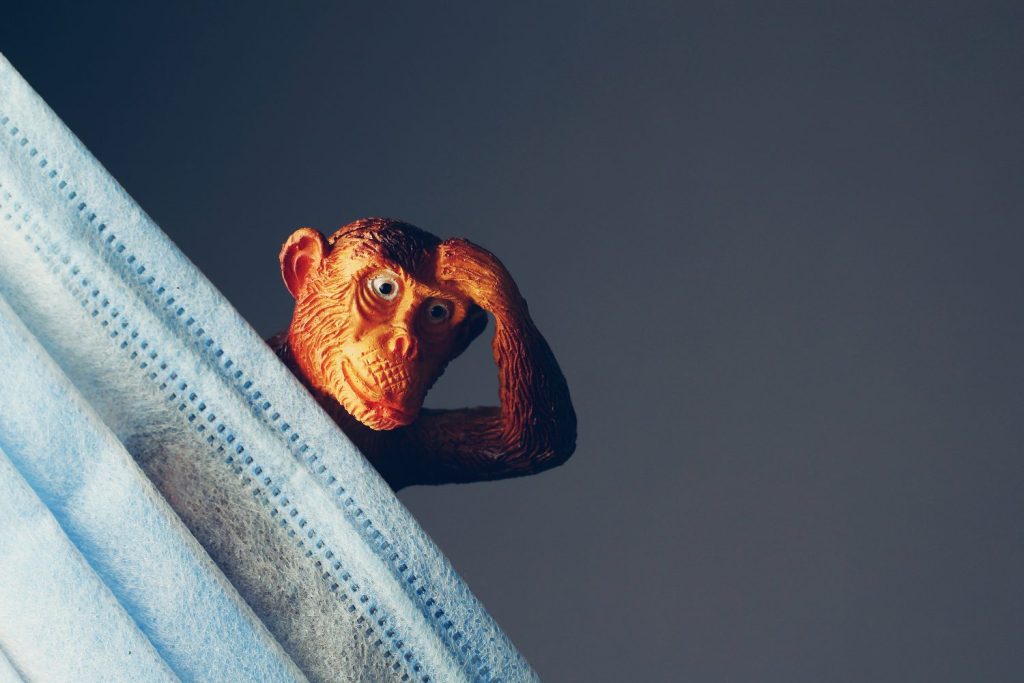 (Pedal to the Stock via Shutterstock)

Wild monkeys that live in large groups alongside human settlements are the disease “superspreaders” of the animal kingdom, according to a new study.

Researchers have mapped how infectious diseases spread among wildlife populations in areas where humans and wildlife live in close proximity.

They found that monkeys with the most human interactions are responsible for the largest outbreaks.

The research team says it is because locations where monkeys and humans come into close contact, typically around sources of food, can attract monkeys from different groups and sub-groups.

It is at these human-wildlife hotspots that monkeys closely interact with monkeys they wouldn’t regularly mix with, leading to larger outbreaks.

The research team, including academics from the University of California, Davis, monitored the behavior of rhesus macaques, long-tailed macaques, and bonnet macaques in northern India, Malaysia, and southern India.

In these locations, wild macaques frequently share space with humans, and their interactions with people often focus around accessing food.

The information was collected from 10 separate groups of macaques across the three Indian and Malaysian locations.

The data was fed into mathematical Susceptible-Infected-Recovered (SIR) epidemiological models to simulate the impact of outbreaks of human diseases of varying transmissibility, such as the influenza virus, coronaviruses, and the measles virus.

Computer simulations were run 100,000 times in total across the 10 groups and across the different human diseases, and the vulnerability of the macaque populations to human-induced disease outbreaks was evaluated.

The study found that the size of the outbreak was positively predicted by the centrality within the group of the first-infected macaque – if that individual was better connected within its social network, it would lead to a larger outbreak.

Dr. Balasubramaniam said the second key finding was that the centrality of the first-infected individual, based on both its congregations with other monkeys around humans and its interactions with humans, plays a greater role in predicting the scale of the outbreak than how central it is within its own group.

He said: “This is because macaques may congregate around human-provisioned food alongside other macaques with whom they would otherwise not interact that often.”

“The study revealed that these situations seem to create additional pathways for disease transmission and therefore lead to larger outbreaks.”

The researchers believe the work could be “vital” in helping to identify individual monkeys that are the most sociable, and tend to congregate around and interact with humans the most.

They said that targeting these with vaccinations or other forms of medical treatment could potentially protect both macaque populations and humans in areas where they live in close proximity.

“Population expansion has increased the contact between humans and wildlife, and these human-wildlife interfaces are widely recognized as ‘hotspots’ for the transmission of diseases across a variety of species.”

“Our research focused on the potential impact of a human-borne disease spreading through wild macaque populations.”

“Being so closely related to humans, macaques are highly vulnerable to the same diseases that infect people. Indeed, previous work by other researchers established that macaques may be infected by human gastrointestinal and respiratory pathogens.”

“Here we showed how respiratory pathogens, in particular, might spread through macaque populations, and specifically how their behavior might influence such spread.”

“Through fieldwork and modeling, our research identified which individuals are most likely to act as ‘superspreaders’ of disease, leading to larger outbreaks.”

“How central the individual was within its own group had an effect on the size of the outbreak, but interestingly, the stronger predictor of whether a macaque would go on to cause a large outbreak was its tendency to congregate around humans with macaques from other sub-groups.”

He added: “Sources of human-provided food can act as a ‘honeypot’ and lead to macaques coming into very close contact with individuals with whom they may otherwise have less contact, for instance, monkeys from other families or sub-groups.”

“As well as being ‘superspreaders’ within their species, these individuals with the most human contact also pose the highest risk for interspecies disease transmission events, either from humans into wildlife, or vice-versa.”

“These would be the most effective targets for disease control strategies such as vaccination or antimicrobial treatment.”