Research says life happened all at once, in a chemical Big Bang. It was thought the ingredients came together slowly, bit by bit. 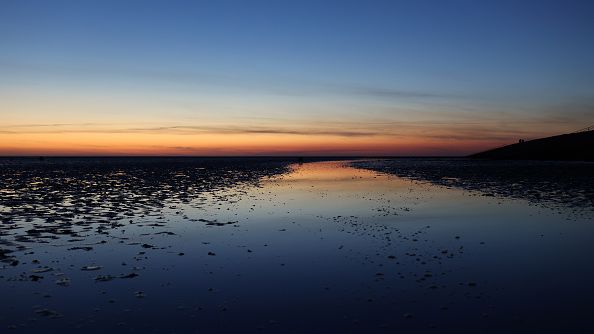 Life on Earth began with a chemical “Big Bang”, in a drop of water, according to new research. It provided reactions up to a million times quicker than normal, kick-starting evolution.

The discovery has a host of implications, from speeding up the development of drugs to finding aliens.

Lead author Professor Graham Cooks, of Purdue University in Indiana, said: “This is essentially the chemistry behind the origin of life.

“This is the first demonstration that primordial molecules, simple amino acids, spontaneously form peptides, the building blocks of life, in droplets of pure water. This is a dramatic discovery.”

The water-based chemistry led to proteins, and life on Earth. It may hold the key to better medications for humanity’s most debilitating diseases, say the US team.

Prof Cooks explained: “The rates of reactions in droplets are anywhere from a hundred to a million times faster than the same chemicals reacting in bulk solution.” Speeding them up makes catalysts unnecessary. Understanding how these processes work is the ‘holy grail’ of chemistry.

It sheds light on why life happened and informs the search for it on other planets, or even moons.

When Earth formed 4.5 billion years ago, it was a sterile ball of rock, slammed by meteorites and carpeted with erupting volcanoes. Within a billion years it had become inhabited by microorganisms. Today, life covers every inch of the planet, from the highest mountains to the deepest seas.

Yet every other world in the solar system seems lifeless. What happened for barren rocks, sands and chemicals to give rise to life has stumped the greatest minds.

Raw amino acids – something meteorites delivered daily – can react and latch together to form peptides. Puzzlingly, the building blocks of proteins, and life, also require the loss of a water molecule. It’s highly unlikely in a wet, aqueous or oceanic environment. For life to form, it needed water. But it also needed space away from the water.

On the margins, where a droplet meets the atmosphere, incredibly rapid reactions can take place, transforming abiotic amino acids into the building blocks of life. Places where sea spray flies into the air and waves pound the land, or where fresh water burbles down a slope, were fertile landscapes for life’s potential evolution.

Quicker reactions are critical to discovering and developing new drugs and therapeutic treatments for life-threatening illnesses.

Prof Cooks said: “If you walk through an academic campus at night, the buildings with the lights on are where synthetic chemists are working.

“Their experiments are so slow they run for days or weeks at a time. This isn’t necessary. Using droplet chemistry, we have built an apparatus, which is being used at Purdue now, to speed up the synthesis of novel chemicals and potential new drugs.”

The study is published in Proceedings of the National Academy of Sciences.