‘It’s Going To Take Another 20 Years’: Residents All Too Familiar With Disaster Face Lengthy Recovery After Ian

The St. James City community felt they had just recovered from Hurricane Charley when Hurricane Ian hit them last week. 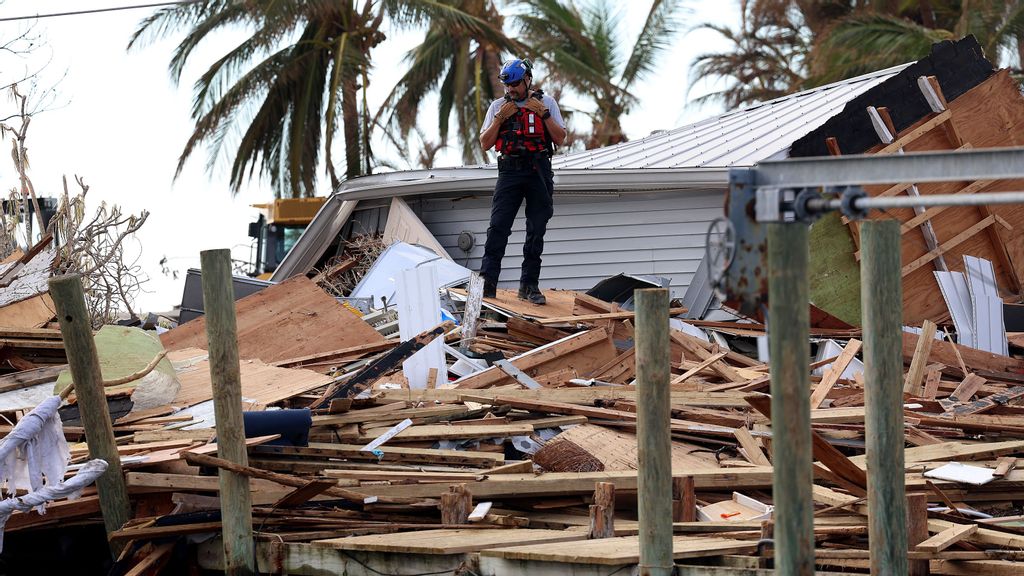 A member of the Miami-Dade Florida Task Force 1 Search and Rescue team looks through a pile of debris for victims after Hurricane Ian passed through the area on October 4, 2022 in Matlacha, Florida. Florida officials have announced that there are roughly 100 deaths spanning 10 counties attributed to Hurricane Ian. The hurricane brought high winds, storm surge and rain to the area causing severe damage. (Photo by Joe Raedle/Getty Images)

The St. James City community felt they had just recovered from Hurricane Charley when Hurricane Ian hit them last week.

Residents of the island in Lee County, Florida, shared their reactions with storm chaser Brandon Clement while they picked up the pieces of what was left of their homes on Wednesday.

Most agreed that 18 years had barely been enough to recover from Hurricane Charley’s impact in 2004. Charley’s destructive landfall was a combination of its rapidly acquired strength to a Category 4 hurricane and a last-minute track shift that caught many locals off guard.

Initially, the storm was expected to make landfall in the Tampa Bay area, but it ended up moving across the state from Fort Myers and Punta Gorda to Orlando instead.

“We lost our roof during Hurricane Charley, so when we put the new roof on, it was reinforced,” Patrick Taylor, a resident of St. James City, told AccuWeather. “That could be what saved us. Well, not really saved it, but kept it going through this hurricane.”

Maddie Petro said she doesn’t mind that more attention has been paid to Sanibel and Captiva islands because she knows they have gone through a lot as well.

“It’s going to take another 20 years,” Petro told AccuWeather. “We are just getting back from Hurricane Charley over in Sanibel and Captiva. Now, they’re going to have to go through it all again.”

The community is aware the recovery process might be long. But they also know life will never be the same on the southern tip of Pine Island.

Pine Island is 17 miles long and 2 miles wide, making it the largest island in Florida, according to the St. James City website. This city just makes up for the southern tip of it, and it enchants visitors with “Escape the Usual” as its slogan.

Despite the damages, Petro said she is looking forward to coming back to the “little fishing utopia” that is St. James City when it is safe to do so. Petro said her main reason for returning to the island is how much her son loves it.

“We put this all together in here, we’ll put another one together, you know?” Petro reflected as she sifted through the ruins of her home around her. “That’s how I got to look at it.”