Why Bitcoin Mining Is  Terrible For The Environment

A study calls for potential regulation on Bitcoin mining to make it more sustainable. 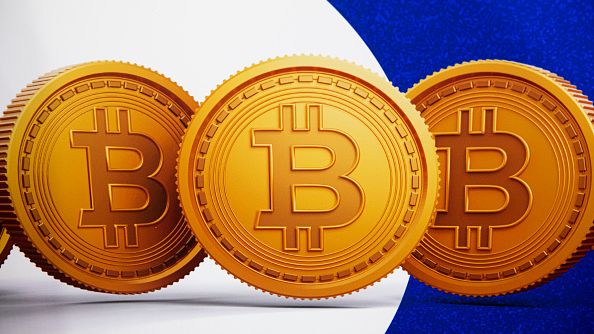 A poster with the Bitcoin logo is on display at the Thailand Crypto Expo on May 14, 2022 in Bangkok, Thailand. (Photo by Lauren DeCicca/Getty Images)

Bitcoin mining is more damaging than beef production and almost as environmentally unsustainable as crude oil, according to new research. The digital currency is causing more damage to the climate over time, scientists at the University of New Mexico warn.

While Bitcoin has been compared to ‘digital gold,’ the study suggests that it is much more energy intensive, and is impacting the environment similarly to beef, natural gas and crude oil.

Study co-author Professor Benjamin Jones, of the University of New Mexico, said: “Globally, the mining, or production, of Bitcoin is using tremendous amounts of electricity, mostly from fossil fuels, such as coal and natural gas. This is causing huge amounts of air pollution and carbon emissions, which is negatively impacting our global climate and our health.

“We find several instances between 2016 and 2021 where Bitcoin is more damaging to the climate than a single Bitcoin is actually worth. Put differently, Bitcoin mining, in some instances, creates climate damages in excess of a coin’s value. This is extremely troubling from a sustainability perspective.”

The climate damage hit its peak in May 2020, according to the report, as 156 percent of the coin price caused environmental harm, making its climate damages more than the coins’ actual value.

Each US Dollar of Bitcoin market value generated led to $1.56 in global climate damages that month, according to the findings.

Climate damages for electricity produced by natural gas averaged at 46 percent and for gasoline produced from crude oil it was at 41 percent.

Study co-author Professor Robert Berrens, also of the University of New Mexico, added: “Across the class of digitally scarce goods, our focus is on those cryptocurrencies that rely on proof-of-work production techniques, which can be highly energy intensive.

Prof. Jones added: “We find no evidence that Bitcoin mining is becoming more sustainable over time.