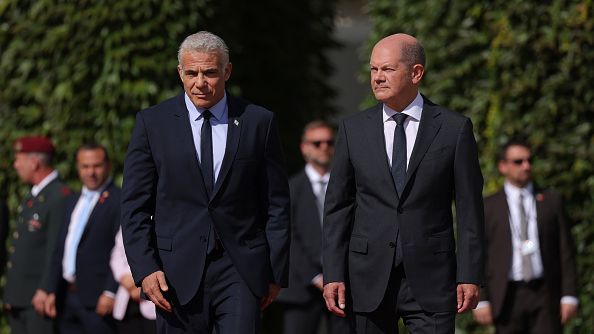 The lack of a green light from the United States (US) is delaying the export of the Israeli Arrow-3 anti-ballistic missile interception system to Germany, a Western technical observer has confirmed to Zenger News.

Israel has worked for months to persuade the US to allow the sale of Arrow-3, developed by Israel Aerospace Industries, which intercepts ballistic missiles in space, to Germany, which is keen on acquiring defenses against Russian threats.

German Chancellor Olaf Scholz made an initial request for the system in a meeting with then-Prime Minister Naftali Bennett in March 2022.

“Since then, Defense Minister Benny Gantz and other officials have contacted Washington several times seeking approval for the deal. It is needed as 80 percent of the system’s development costs, an estimated $2.2. billion, came from US taxpayer money,” Israel Hayom reported earlier this month.

“In addition, the Arrow-3 includes technological components developed in the U.S.” Speaking to Zenger News, the Western source said that “objectively, the delay is indeed tied to the lack of an American approval for the Israeli export of the Arrow-3 system.”

The source linked the delay to a number of wide-ranging political factors, including German-American relations and Israeli-American relations, in the context of the Qualitative Military Edge framework, in which the US is committed to ensuring that Israel retains a military edge over all other states in the Middle East, and under which the Arrow-3 was developed with U.S. funding, in order to deal with ballistic missile threats, primarily from Iran.

One of the key issues appears to be the setting of a precedent of exporting an Israeli weapons system that was developed with the help of considerable American funding to third states.

Washington has so far reportedly failed to respond to Israel’s request to approve the export to Germany, neither confirming nor actively vetoing the sale.

The Arrow-3 is operational in Israel, part of the country’s multi-tier air-defense program. It intercepts and destroys ballistic threats in space using the most advanced technology, and can adeptly navigate outside the Earth’s atmosphere.

During a meeting with Scholz in Berlin, Lapid told reporters that Israel “will play a role in developing Germany’s new defense force, namely in the sphere of air defense,” while Scholz said his country is “eager to collaborate with Israel” on defense, particularly in the field of air defense, where Israel has a very effective product with the Arrow-3 system.”