This new research could shed light on the likelihood of future devastating meteor collisions with Earth. 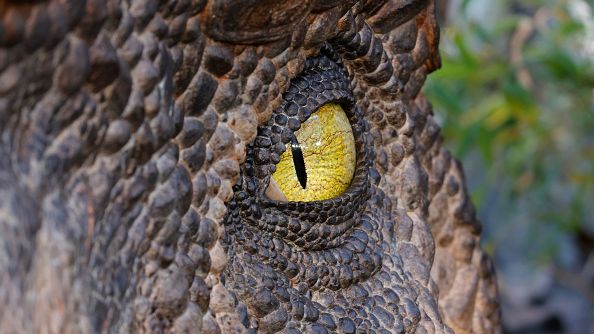 A dinosaur prop is seen during the Los Angeles premiere of Universal Pictures' Jurassic World Dominion on June 06, 2022 in Hollywood, California. (Photo by Frazer Harrison/Getty Images)

The asteroid that wiped out the dinosaurs might have been part of a shower as others smashed into the Moon at the same time, according to a new study.

An Australian research team has discovered that major meteorite collisions on Earth were not stand-alone events, but accompanied by a series of smaller crashes.

In December 2020, two billion-year-old glass was discovered on the Moon and brought back to earth by the Chinese National Space Agency’s Chang’e-5 Lunar mission.

The microscopic glass beads were created by the heat and pressure of the meteorite impact meaning their ages should match up with the time of the collision.

As a result, scientists from Curtin University in Australia have been able to create a timeline of bombardments.

Using the glass beads the research team deduced the timings of the asteroids hitting the Moon may mirror the impacts on earth.

In the journal Science Advances the group revealed they found lunar glass beads that precisely match the age of the asteroid collision that caused the mass extinction of dinosaurs 66 million years ago.

Lead author Professor Alexander Nemchin, of Curtin University’s Space Science and Technology Centre (SSTC) in the School of Earth and Planetary Sciences, said this teaches us more about the evolutionary history of our own planet.

“We combined a wide range of microscopic analytical techniques, numerical modeling, and geological surveys to determine how these microscopic glass beads from the moon were formed and when”, he said.

“We found that some of the age groups of the lunar glass beads coincide precisely with the ages of some of the largest terrestrial impact crater events, including the Chicxulub impact crater responsible for the dinosaur extinction event.”

The study also found that large impact events on Earth such as the Chicxulub crater 66 million years ago could have been accompanied by a number of smaller impacts.

“If this is correct, it suggests that the age-frequency distributions of impacts on the moon might provide valuable information about the impacts on the Earth or inner solar system.”

Co-author Associate Professor Katarina Miljkovic, also from Curtin’s SSTC, said the next step was to compare these lunar bead samples with soil and crater ages from the moon.

Prof Miljkovic added: “The next step would be to compare the data gleaned from these Chang’e-5 samples with other lunar soils and crater ages to be able to uncover other significant moon-wide impact events which might, in turn, reveal new evidence about what impacts may have affected life on Earth.”