How To Use A Generator Safely After A Hurricane Strikes

In the event of an extended power outage, having a generator at home can be a huge advantage. 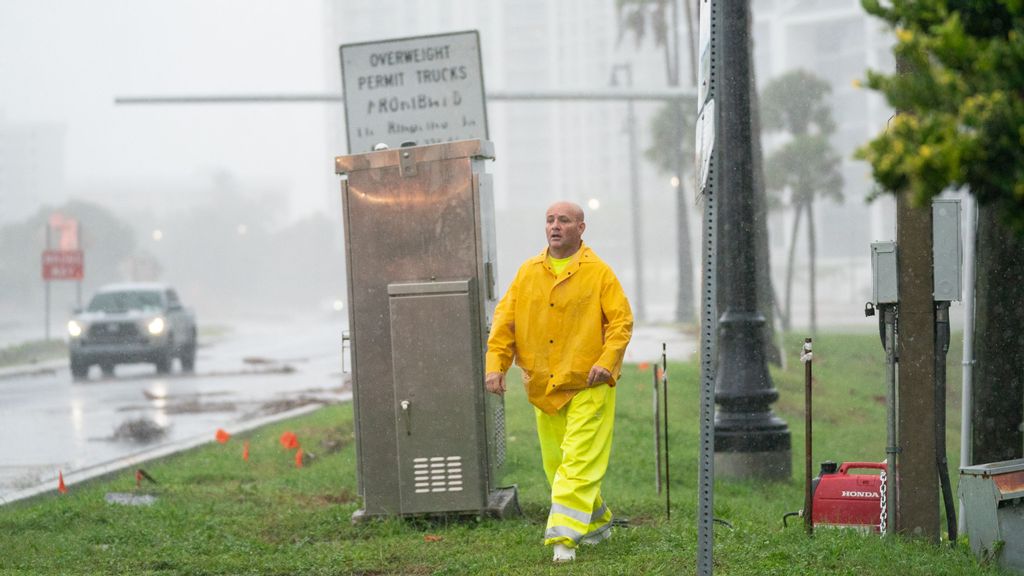 An emergency worker works deploys a generator to power a traffic signal as Hurricane Ian approaches on September 28, 2022 in Sarasota, Florida. Ian made landfall this afternoon, packing 150-mile-per-hour winds and a 12-foot storm surge and knocking out power to nearly 1.5 million customers, according to published reports. (Photo by Sean Rayford/Getty Images)

In the event of an extended power outage, particularly following hurricanes and other severe weather, having a generator at home can be a huge advantage. But if used improperly, the devices can seriously harm or kill unsuspecting families.

Portable generators produce as much carbon monoxide as hundreds of cars and can kill a person within minutes, according to the Consumer Product Safety Commission (CPSC).

Carbon monoxide poisoning sends more than 20,000 people to the emergency room each year, according to the National Institute of Standards and Technology (NIST). This is why generators should never be operated anywhere inside a home, including in garages or basements.

A 2012 CPSC report showed that portable generators were linked to more than 85 percent of non-fire carbon monoxide deaths associated with engine-driven tools between 1999 to 2012, and that many of those deaths were associated with Hurricane Katrina.

“If you’re using a portable generator, it needs to be a minimum of 30 feet away from the house while it’s running to eliminate the possibilities of carbon monoxide poisoning,” said Keith Pinkerton, franchise owner of global electrical service company Mr. Electric.

Even 15 feet away is not enough distance, as wind can blow the odorless, colorless and tasteless gas indoors, Pinkerton said.

The CPSC stated that generators should be operated in dry areas and kept away from windows, doors and any other openings into the home.

The Occupational Safety and Health Administration (OSHA) recommended placing the generator in an area where it has 3 to 4 feet of clear space on all sides to ensure proper ventilation.

Quickly recognizing the symptoms of carbon monoxide poisoning can mean the difference between life and death. These include dizziness, blurred vision, loss of consciousness, shortness of breath and nausea and vomiting, according to the Mayo Clinic.

People experiencing any symptoms should get to a place with fresh air immediately and seek professional medical help.

“The National Fire Protection Association (NFPA) recommend that a carbon monoxide alarm be placed on every floor of the home and also outside of every sleeping area,” said Sharon Cooksey, communications manager for Kidde, a fire safety manufacturing company.

The risk of electrical shock or electrocution while using a generator can be high following severe weather, especially when flooding is a factor. Pinkerton said using a generator isn’t advised if floodwaters have entered a home.

“If the house is flooded, you actually need to try to turn the main breaker off if power is still in the house,” said Pinkerton.

“We’ve actually seen on the news where people sit in water with lights on; they’re just fortunate that either the breakers tripped on those outlets, or they’re just sitting ducks about to be electrocuted,” he added.

People operating generators should avoid backfeeding their homes, which means to connect the generator to power outlets inside the home.

Not only is it illegal, but it can have dire consequences for people both inside and outside the house.

“It can electrocute you, your entire home, your neighbors and the [utility workers] that are trying to restore power,” Cooksey said.

OSHA advised never to attach a generator directly to the home or building’s structure unless a qualified electrician has installed a transfer switch onto the device.

It’s also important to use a heavy-duty, outdoor-rated extension cord, which should be checked for any cuts and tears, according to the NFPA.

Generators and their fuel can cause fires if not handled properly. The devices heat up while running and can take a long while to cool down even after they are turned off.

The NFPA recommended allowing the generator to cool before refueling and never refueling while it is still operating.

Gasoline and other fuel containers should be kept away from the generator, water heaters, cigarettes and lighters, according to OSHA.

The fuels should not be stored inside the home and should be kept away from living areas, OSHA stated.

Fuel spills should also be carefully avoided, as fuels can ignite when spilled on the generator’s hot parts.

«Previous Post
Hurricane Ian Pounds Florida In What Stands To Be ‘a Life-changing Event’»Next Post
Hurricanes In 100 Years Could Be Far More Devastating, Study Finds