Sitron climbed down a ladder into a square cave with a central supporting pillar that appeared frozen in time. 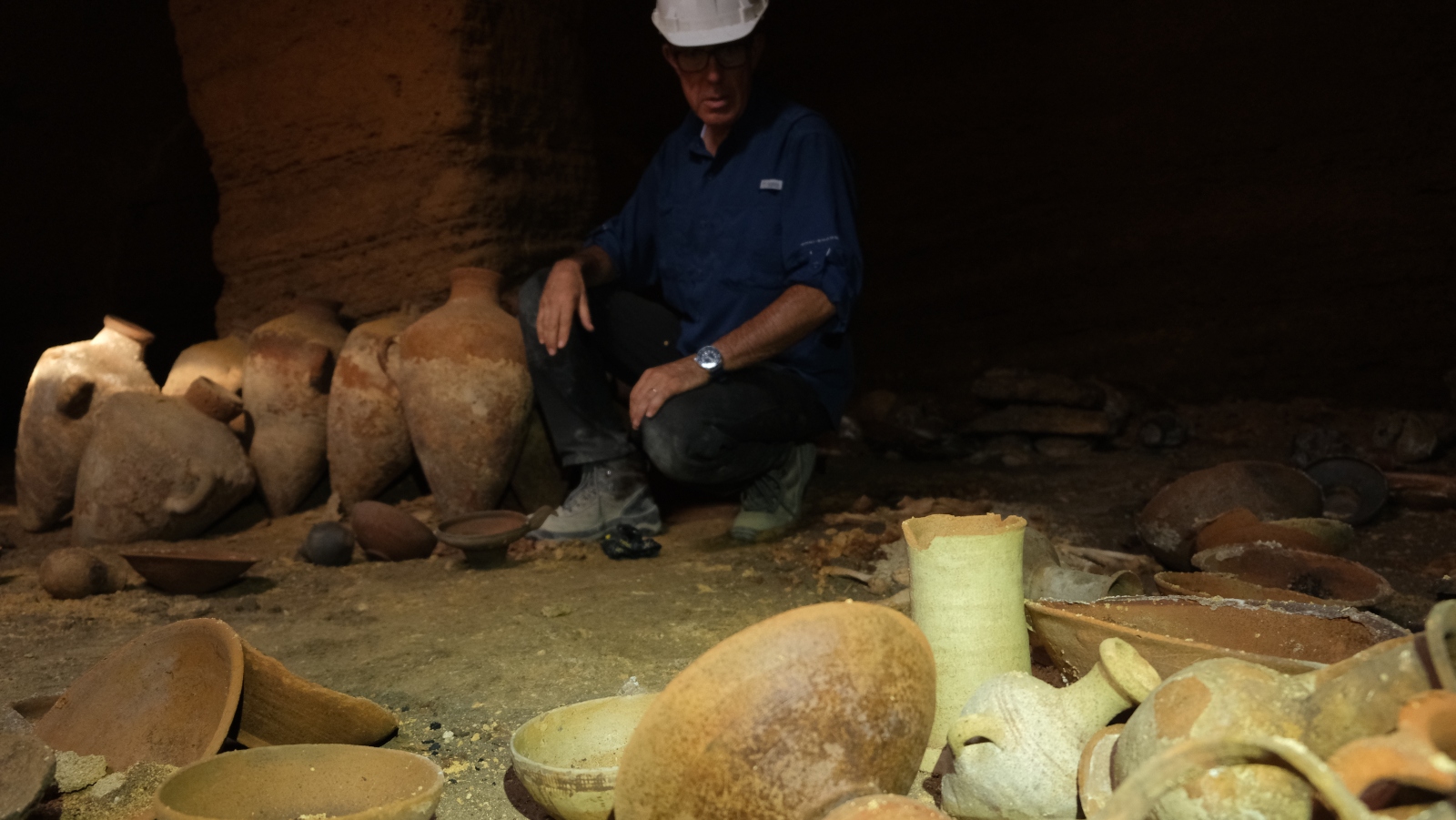 In what experts are calling a “once-in-a-lifetime discovery,” likened to an Indiana Jones film set, a 13th century BCE burial cave from the time of Egyptian Pharaoh Ramses II was discovered in Israel on September 14.

Israel Antiquities Authority (IAA) inspector Dror Sitron was called to Palmachim Beach National Park in Yavneh-Yam, where during routine work by the Israel Nature and Parks Authority, a mechanical digger had accidentally penetrated the roof of an ancient burial cave.

Sitron climbed down a ladder into a square cave with a central supporting pillar that appeared frozen in time.

He encountered several dozen intact pottery vessels and bronze spear arrowheads, exactly as they had been placed in a burial ceremony some 3,300 years ago – in the belief that they would serve the dead in the afterlife.

IAA Bronze Age-expert Eli Yannai dates the cave to the Late Bronze Age, before the biblical Exodus from Egypt, when the city of Yavneh – then still in Canaan – was under the control of the 19th Egyptian dynasty. Egypt provided secure conditions for international trade along the coast at that time.

“These economic and social processes are reflected in the burial cave that contains pottery vessels imported from Cyprus and from Ugarit on the northern Syrian coast, as well as from nearby coastal towns, including Yafo, Ashdod, Ashkelon, Gaza, and Tel Ajjul,” he said.

The cave’s finds include deep and shallow bowls – some painted red – along with footed chalices, cooking pots, storage jars, and oil lamps.

The storage jars were likely manufactured along the Syrian and Lebanese coasts, said Yannai. Small jugs were used for keeping expensive commodities imported from Tyre, Sidon, and other coastal ports.

Because the cave has lain unopened for over three millennia, modern technology will be able to retrieve valuable organic information from the artifacts and provide a picture of Late Bronze Age funerary customs.

IAA director Eli Eskosido said the news had “spread like wildfire in the academic world,” and that requests from scholars to join the upcoming excavation were pouring in.

He called it “a feast for the archeological world and for the ancient history of the land of Israel.”

As for now, the cave has been resealed and is being kept under guard until the officials reach a plan for its excavation, the IAA said.