Along the runways of the Solenzara military airbase, the world’s largest collection of a rare orchid has been discovered. 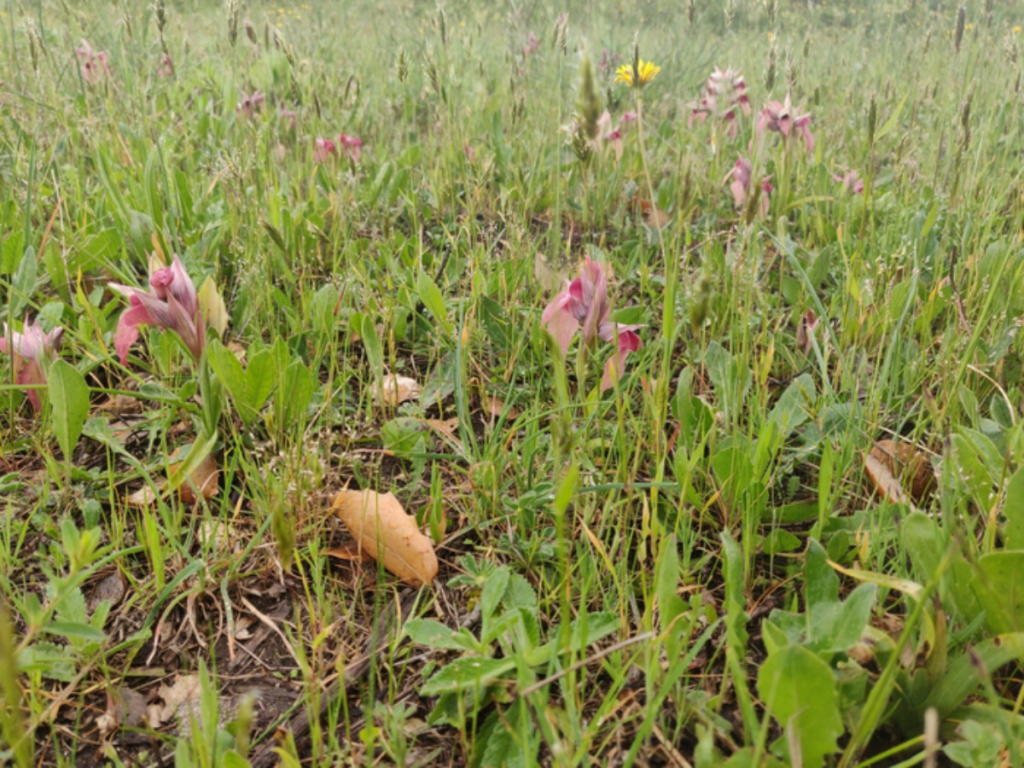 The world’s largest collection of a rare orchid has been discovered growing along the runways of a military airbase in Corsica. The estimated number of Neglected Serapias, or Devil’s Tongue, is 155,000.

The protected species of orchid blossomed around the base after taking advantage of its secure location and gardening protocols, according to a new study.

The orchids are only found in the South of France, Italy, and along the east coast of the Adriatic, but over time their numbers have begun to decline. They are now classified as “near threatened” in the World and European Red Lists of the International Union for Conservation of Nature. However, these rare flowers appear to have found a perfect place to grow, away from the three million people who visit the Mediterranean island every year.

“Military bases are important areas for biodiversity because they are closed to the public, are not heavily impacted, and have soils that are often poorly fertilized and untreated due to old installations, so they often have high biodiversity,” said co-author Dr. Bertrand Schatz, of the Centre of Functional Ecology and Evolution (CEFE).

The rare crop of 155,000 flowers was discovered by the researchers while studying plant diversity in the Solenzara air base in Eastern Corsica They believe maintenance of the closed military base is especially favorable to the development of these orchids, which grow around the runways and lawns. For security reasons, the meadows around the base are mowed on a regular basis, creating a low vegetation environment where the orchids thrive with little competition. The base is also located on the old Travo river bed which favors low vegetation and provides rocky ground just a few centimeters beneath the soil.

“The case of S. neglecta is particularly remarkable, because this species benefits from a national protection status, and it is a sub-endemic species with a very localized distribution worldwide,” Schatz said.

But the orchids are not the only rare species taking advantage of the air base’s protected environment. A total of 552 plant species were recorded by the researchers, 19 of which have protected status in France. Within 1,360 acres (550 ha), 23 percent of the plant species distributed across Corsica were identified, including 12 other orchid species. Among them were very rare and endangered plants like the gratiole and Anthemis arvensis subsp.

Incrassate, a subspecies of the corn chamomile. Many of these species have all but vanished from the Corsican coastline, a popular tourist destination which is becoming increasingly urbanized. The difference between these areas and the military base shows just how important protecting these species really is.

“If logistical developments are carried out on this base, they will have to favor the conservation of this exceptional floristic biodiversity, and, in particular of this particularly abundant orchid,” Schatz said. “Military bases are a great opportunity for the conservation of species and would benefit from enhancing their natural heritage.”

Their findings were published in the Biodiversity Data Journal.