He admits to being in denial at first, but after speaking to two of his co-workers, Tyler accepted he was actually turning grey. 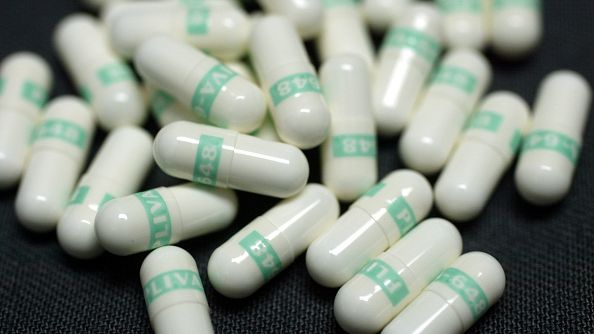 A man encountered a ‘mystery’ reaction to a commonly prescribed drug – they changed his skin color from white to dark grey.

Tyler Monk, 34, was prescribed an anti-depressant last year after consulting a doctor for his mental health. The treatment failed to help his mental health, but did change the color of his skin.

Tyler was given Fluoxetine, a type of antidepressant known as a selective serotonin reuptake inhibitor (SSRI), that is commonly prescribed to treat depression. He started taking the drug in May 2021, but within a week, Tyler’s wife Emily, 28, noticed that his skin color was changing.

Tyler, a pest control field inspector, stopped the medication after only a few weeks as it wasn’t helping his mental health, but his skin continued to darken.

First, his ears started to change color before it rapidly spread to his neck and his face – before effecting his arms and hands. He also experienced other symptoms such as extremely red, irritated eyes and his skin is now very sensitive to the sun, and it feels like it has been burned.

Tyler has visited several specialists near the couple’s home in Kinder, Louisiana since the discoloration, but they have all been stumped. Doctors have ruled out any serious diseases, poisoning and autoimmune conditions – but they still can’t tell the Monks what is causing the problems.

Tyler’s dermatologist has now referred him for an appointment with a team of eight skin specialists.

“First they thought it was photosensitivity, so I’m having a reaction to light, but I’ve been covering up, and I’m still getting darker”, Tyller said.

“I can’t get any answers from the specialists, so we decided to post on TikTok. We thought that it couldn’t hurt to share online”Tyler added. “It’s mainly been supportive! People have made lots of jokes. But we joke a lot, so we just laugh along with them!”.

Tyler and Emily have two children, they wish to keep anonymous.

“For me and the children, we just worry about his health,” Emily said adding that “we really don’t mind the color change as long as he’s healthy and okay with it. We support whatever he chooses to do about it”.

So far the couple has spent around $500 on Tyler’s medical care.

They are now facing a potentially huge hospital bill, as they don’t have insurance or know how many tests will be needed to determine what is happening.

Emily has organized a GoFundMe page in the hopes of raising some money to cover medical costs, travel and any other expenses while they prioritize getting Tyler back to his old self.