Average Americans Would Pay Twice As Much For Products That Last A Lifetime: Survey 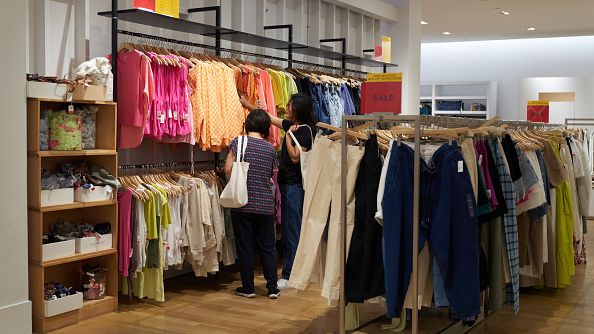 A woman shops the sale section at aretail store on September 20, 2022 in Los Angeles, California. (Photo by Allison Dinner/Getty Images)

The average American is willing to pay more than twice as much as the sticker price for products that last a lifetime.

A new poll of 2,000 US adults found on average, people would pay 108% more than the listed cost of any item they’re shopping for, as long as it lasts at least 20 years. Three in five respondents claimed they’re more inclined to spend money on quality items than something that’s cheaper both in price and quality.

Items that last the longest were reportedly the most “valuable” to 69% of respondents. 61 percent even believe some of the oldest things they own are ageless — seemingly always in style.

Commissioned by Slickdeals and conducted by OnePoll, the study found the average person has held onto their oldest owned items for 15 years, but some go rarely used.

“A cheap upfront cost does not always mean you won’t end up paying for it later”, said Louie Patterson, personal finance manager for Slickdeals, “The concept of buy it for life can be a valuable one. Investing in a higher quality item can ultimately save you on replacement costs, as well as the time and energy spent researching and shopping for a new item”.

Seven in 10 (71%) said they make sure their oldest items stick around, giving them any maintenance they need to keep them in working order. Half of respondents (49%) also said they own an item they are sentimental about and hope to one day pass it down to future generations.

Results also revealed a third of Americans (31%) have purchased items with lifetime warranties. Twice as many (62%) knew their items would stand the test of time the instant they were bought. More than three-quarters (77%) bought lifetime warranty products over alternatives strictly because of the warranty they came with. Thirty-two percent of lifetime warranty holders have never had to use them.

“Overlooking quality by simply focusing on price is a mistake consumers sometimes make when looking for the best deal”, added Patterson. “Our community of millions of real shoppers is a great resource to ensure you’re getting the best products at the best prices”.