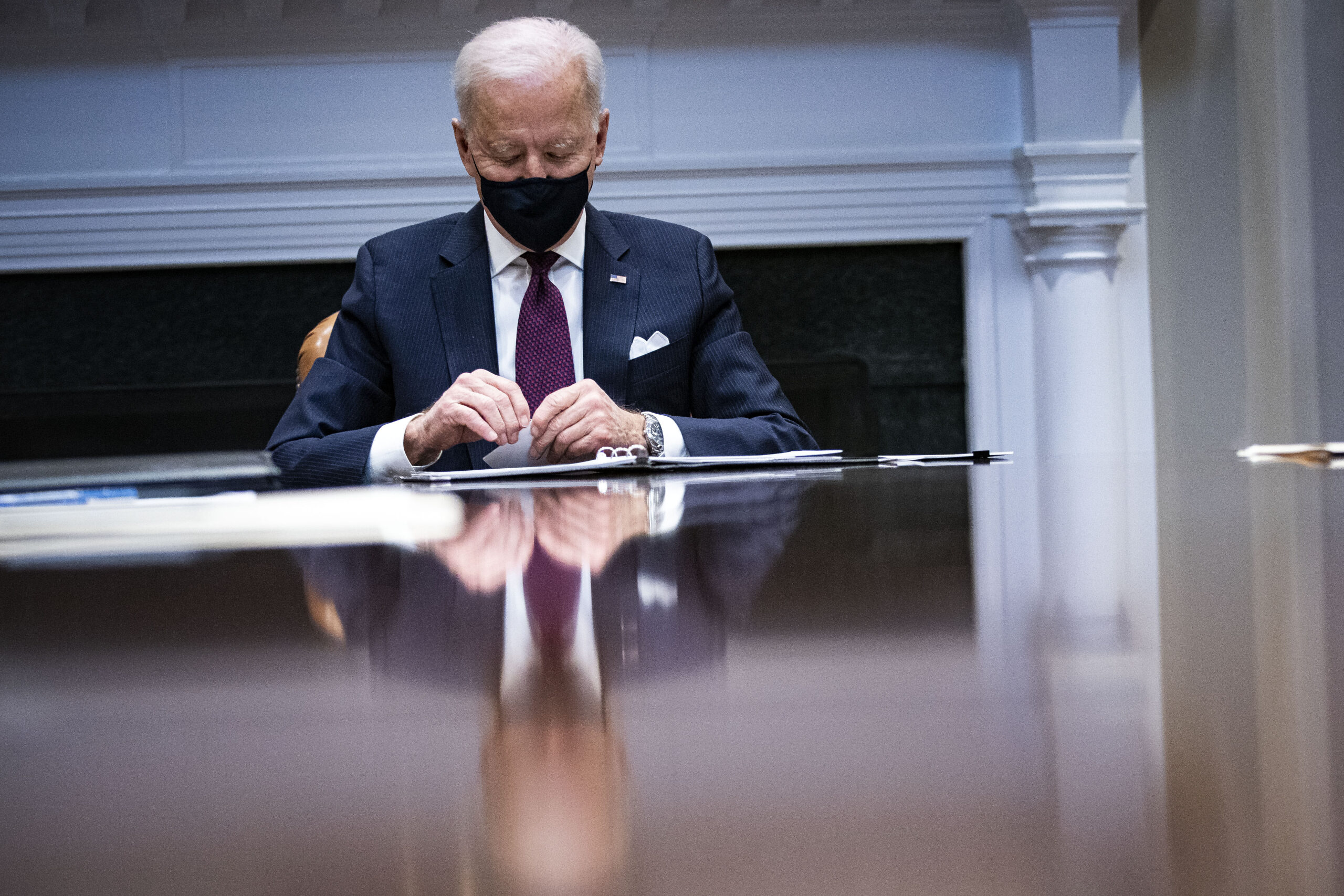 President Joe Biden pauses while speaking about financial regulation during a meeting with Treasury Secretary Janet Yellen and Vice President Kamala Harris in the Roosevelt Room of the White House on March 5, 2021. (Photo by Al Drago-Pool/Getty Images)

After six months of meetings and memos from every federal agency that regulates money, banking, or stocks in the world’s largest economy, the White House announced plans to regulate the cryptocurrency industry on September 16. This is the first-ever set of national guidelines that the U.S. government has published governing Bitcoin, Ethereum, and hundreds of other digital assets, according to a White House fact sheet.

The Friday report did not establish any new regulations but presented a comprehensive plan for various federal agencies to write far-reaching rules.

The framework gave regulators permission to continue coordinating efforts to write new rules without congressional authorization and to exchange information on consumer complaints. The Securities and Exchange Commission, which regulates Wall Street, and the Commodity Futures Trading Commission, which regulates Chicago’s commodity markets, were ordered by the president to draft new rules. Recent U.S. Supreme Court decisions have narrowed the ability of regulators to address “major questions” unless specifically directed by Congress. In this case, the president has not signed any such laws passed by Congress on cryptocurrency and did not address the high court’s rulings relating to the “major questions doctrine.”

Some parts of the president’s plan may be well within his constitutional authority. The U.S. Treasury will work with banks to detect and reduce cyber threats and fraud by deploying data exchange and analysis.

Biden’s plan also calls upon the U.S. Treasury to work with its foreign counterparts, through international institutions such as the Financial Stability Board and the Organization for Economic Co-operation and Development, the Paris-based organization.

The Treasury plans to release a report, by the end of February 2023, on what the White House calls the “danger of illicit financing associated with decentralized finance” and by July 2023, its evaluation of non-fungible tokens.

In order to get old laws against unlicensed money transmission to apply to digital asset services — such as digital asset exchanges and non-fungible token  platforms — President Biden will have to make a decision, then potentially ask Congress to amend the Bank Secrecy Act.

The White House fact sheet said that “the President will evaluate whether to call upon Congress to amend the Bank Secrecy Act, anti-tip-off statutes, and laws against unlicensed money transmitting to apply explicitly to digital asset service providers — including digital asset exchanges and non-fungible token platforms.”