Rapper and designer Kanye West  has terminated his Yeezy brand partnership for not getting to decide the prices
By Adam Eckert September 20, 2022
Facebook
Twitter
Linkedin
Email 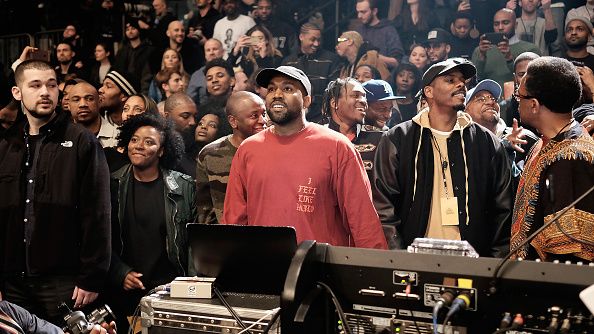 Rapper and designer Kanye West, who goes by “Ye,” has terminated his Yeezy brand partnership with Gap Inc (NYSE: GPS) two years after the deal was announced.

“Everyone knows that, you know, I’m the leader, I’m the king, right, so a king can’t live in someone else’s castle. A king has to make his own castle,” West said Thursday on CNBC’s “Closing Bell.”

In June 2020, West announced a partnership with Gap to design and sell a line of clothing under the Yeezy Gap brand.

Several reports have indicated that West’s lawyers sent a letter to Gap on Thursday, notifying the apparel chain of a termination of its agreement with Yeezy. The letter said Gap broke the agreement by failing to release apparel and open retail stores as planned. West confirmed those reports on Thursday afternoon.

“It was always a dream of mine to be at the Gap and to bring the best product possible to the masses,” West said before explaining what went wrong.

West wanted to bring the quality of some top fashion houses in the world to consumers at affordable prices.

“We designed an entire collection and … I wasn’t able to set the actual price that I wanted for this collection,” West said.

He told CNBC that he had designed shirts with Gap that were meant to be sold around $20, but the company priced the line of shirts at $200 and above.

“Don’t bring a leader in and have him not lead … I’m sorry, I’m not going to argue with people that are broker than me about money,” he added.

He suggested that he is the only person in the world that could save Gap’s business.

West has also taken issue with Adidas over his partnership on Yeezy footwear. The company wanted to manufacture the shoes in China, while West wanted the shoes to be manufactured in the U.S.

“They’ve even gone and specifically hired people from my team to do collaborations with to attempt to make fake versions or to try to dilute my message,” West said.

West said he has been buying factories in California in an effort to bring the manufacturing industry back to the U.S.