Western US To Cool Off After Record-Smashing Heat Wave

People anticipate a cooldown after weeks of unusual weather in the country's Western half.
By Andrew Johnson-Levine September 16, 2022
Facebook
Twitter
Linkedin
Email 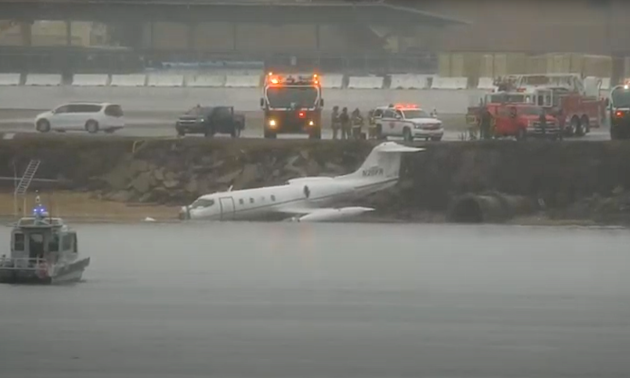 First responders rushed to the North Island Naval Air Station, just outside of San Diego, Friday, Sept. 9, after a lear jet skidded of the runway while trying to land during rain and high wind from Tropical Storm Kay. It was not yet clear if weather was a factor in the accident.

After weeks of abnormal weather in the western half of the country, AccuWeather meteorologists say that a cooldown is in sight for many. For some, this temperature change will be accompanied by a surge in monsoonal moisture, providing drought relief during a typically dry time of year.

In recent days and weeks, those in the western United States have proven to be no stranger to volatile, abnormal weather. With dangerous flash floods from the North American monsoon, days of extreme heat and an abnormal tropical storm in Southern California, conditions across the Intermountain West have been anything but ordinary.

As of Sept. 10, conditions across parts of the West have been characterized by stifling, unrelenting heat. The worst of this was felt in California, where numerous locations broke all-time high-temperature records by comfortable margins. In the state capital of Sacramento, Tuesday’s high of 116 F was the hottest ever for the city, and temperatures are running an astonishing 12 degrees above average for the month.

Now, a major pattern change is expected across the western U.S. that is expected to send temperatures plummeting across a more widespread area.

“The trend to lower temperatures will begin in the upper atmosphere, as a dip in the jet stream moves ashore and becomes centered over the West. As temperatures aloft cool down, the air at ground level will follow suit,” AccuWeather Senior Meteorologist Mike LeSeney said.

In the Pacific Northwest, this change is already underway. In Seattle, where temperatures surged into the 90s yesterday, a high near 80 is in the cards on Sunday. Through the workweek, temperatures will hover in the low 70s, which is near average for mid-September.

To the south, temperatures will also hover at near-seasonable levels. In San Francisco, high temperatures are expected to hover in the low to mid-70s through at least Friday, which would be near or even a bit below average. In Fresno, where high temperatures typically reach the 90s, the mercury may struggle to get out of the 80s by midweek.

As temperatures lower this week after such a scorching heat wave, it is a reminder that summer is slowly but surely winding down.

“This time of year, the average high temperature drops a degree every 2 or 3 days. With that in mind, the likelihood of intense, long-lasting heat will steadily decrease as we move into the fall months,” said LeSeney.

For some, additional heat relief will come in the form of increased showers and thunderstorms as the North American monsoon brings an increase in moisture into the region. While this rainfall is often limited to a handful of states in the southwest, storms may spread northward into states such as Idaho, Utah and Wyoming. While Hurricane Kay brought a swath of heavy rain to Southern California, many other areas have been quite dry as of late.

“A disturbance associated with the remains of Kay will push ashore early this week, peeling off some moisture and enhancing the northward flow of monsoonal moisture,” LeSeney said.

As is typical for monsoon-driven showers and storms, the coverage will be somewhat isolated. While some spots may stay dry on a given day, others may see rounds of rainfall. In the locations that receive the heaviest rain, flash floodingmay become a concern. This is especially true in areas with mountainous terrain, as runoff can funnel into low-lying valleys and cause water levels to rise in a matter of minutes.

Those who encounter flooded roadways are reminded to seek an alternate route and not cross through floodwaters. Those spending time outdoors will want to have a way to receive the latest watches and warnings in case heavy storms arrive.

Meanwhile, the increase in rainfall may prove beneficial to the ongoing drought, which still covers most of the Southwest, according to the U.S. Drought Monitor. Rain may also give firefighters an advantage in battling some of the ongoing wildfires in the region. However, lightning may prove problematic for the formation of new fires. Some thunderstorms in the area may produce light rainfall or even none at all, allowing lightning strikes to ignite fires in the region.

The wet, cooler pattern is expected to continue through most of the week across the West. By next weekend, a return to drier weather may be in store.