UK And Japan Team Up To Develop Next-Generation Fighter Engine

The world's first sixth-generation fighters are to be out by 2030.
By Joseph Hammond September 16, 2022
Facebook
Twitter
Linkedin
Email 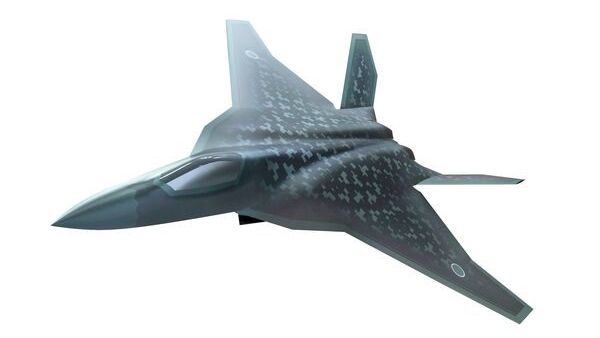 The projected Japanese next-generation fighter aircraft as seen in a concept image. (Japanese Ministry of Defense)

So far that co-development includes jet engine and sensors for next-generation fighters.

Mitsubishi Heavy Industries (MHI) and Ishikawajima Heavy Industries (IHI) will head the Japanese contribution to the program. From the United Kingdom side, Rolls Royce and BAE Systems are working on the joint engine project.

Both countries could apply the new engine toward their ongoing new warplane plan. For Japan this is the F-X project. The plan is to have the new fighter slowly replace the 90 Mitsubishi F-2s that are currently in service with the Japan Air Self-Defense Force. The United Kingdom is currently developing the U.K. Future Combat Air System commonly referred to as the Tempest aircraft. The agreement lays the foundation for future cooperation on their respective projects notably in the development of applicable radar and other advanced systems. The door is also left open according to media reports for other collaboration with Italy or other countries.

The F-X is being developed by Mitsubishi Heavy Industries with the support of Lockheed Martin. Conversely BAE Systems, along with MBDA UK, Rolls-Royce, and Leonardo UK are developing the Tempest.

“Strengthening our partnerships in the Indo-Pacific is a strategic priority,” said British Defence Secretary Ben Wallace at the completion of negotiations,” and this commitment with Japan, one of our closest security partners in Asia, is a clear example of that.”

Indeed, both countries see the development of their respective fighter jet projects as important to their future defense strategies. Both countries currently operate the U.S. designed F-35 which is a joint strike fighter while their sixth-generation projects seek to develop warplanes focused instead on gaining air superiority in a future conflict.

“The UK strengthening is clearly in building partnerships in the Indo-Pacific. Its commitment with Japan to build a new combat air system with a fighter aircraft at its core will build on the technological and industrial strengths of both countries. Japan has made superb progress on technologies that can complement our own advanced skills,” said Jude D’Alesio, an independent British defense analyst.

Besides, the understanding of the two countries on co-developing the fighter engine and aircraft appears surprising. For Japan, the shift towards the United Kingdom could prove advantageous as the UK government has given Japan more latitude to upgrade and modify the new aircrafts. In contrast, the United States chooses to hide most of its critical aircraft technologies in a black box preventing other nations, including allies, from trying to reverse engineer pieces like radar and sensor components. Additionally, this has made it challenging for Tokyo and Washington to coordinate their efforts on the F-X project.