The Mosquito Fire has burned over 64,000 acres in California counties and is the largest fire seen by the state this year.
By John Murphy September 16, 2022
Facebook
Twitter
Linkedin
Email 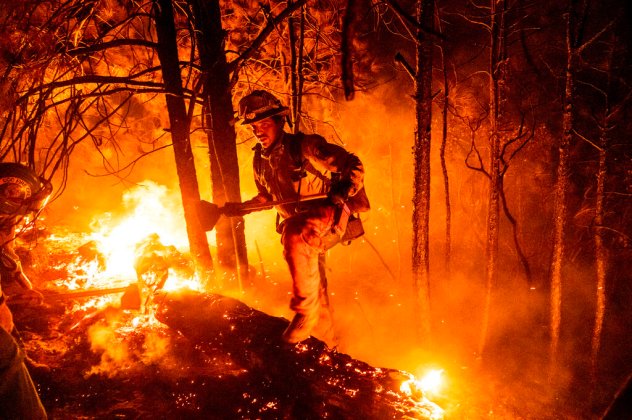 The Mosquito Fire, which has burned over 64,000 acres across El Dorado and Placer counties in California, has become the largest fire in the state so far this year.

The fire first broke out on Sept. 6, at Mosquito Road and Oxbow Reservoir, east of Foresthill in Placer County, according to UPI. As of Sept. 15, the fire was 20% contained and had burned 64,159 acres.

Over 3,500 active fire-fighting personnel were working on the fire as of Thursday, with administrative units from multiple areas helping fight the blaze, including units from El Dorado, Tahoe and Foresthill.

No deaths or injuries have been reported from the fire, but at least 70 structures have been destroyed.

“Firefighters have been very successful in holding the control lines along the communities of Todd Valley and Foresthill despite challenging fire conditions on Tuesday,” Cal Fire wrote in a situation summary statement Thursday, according to a Cal Fire status update.

The cause of the fire remains under investigation, according to Cal Fire.

Cal Fire’s update said firefighters continued to work throughout the night to patrol and secure control lines around both the south and east sides of the fire.

Weather conditions on Thursday were slightly cooler and winds were lighter in the area of the fire, helping firefighters combat the rapidly growing blaze. The lighter winds will also help to push out the smoke inversion and provide clear air in the area, according to Cal Fire’s update.

When the fire first broke out on Sept. 6, Foresthill neared a high of 110 degrees and an overnight low above 80 degrees. Temperatures did not dip below 80 until two days later and it wasn’t until Friday that high temperatures stayed below 100.

This week has been much cooler for the area, with a high temperature on Sept. 14, only reaching 75 degrees and an overnight low of 52. Temperatures are forecast to remain cool for the rest of the week.

“Overnight, smoke settled back into drainages due to easing winds, with a majority of the fire area seeing good humidity recovery,” Cal Fire said in a status update.

California has had 6,357 fires so far this year, slightly above the year-to-date average of about 6,200. But despite the above-average fires, the amount of acres burned is significantly below average by over a million acres. At this time last year, California had nearly 7,000 fires that burned over 2,500,000 acres.

Current national statistics show a total of 91 large fire incidents and over 50,000 year-to-date wildfire incidents. More than 6,700,000 acres have been burned across the nation so far this year, according to National Interagency Fire Center.