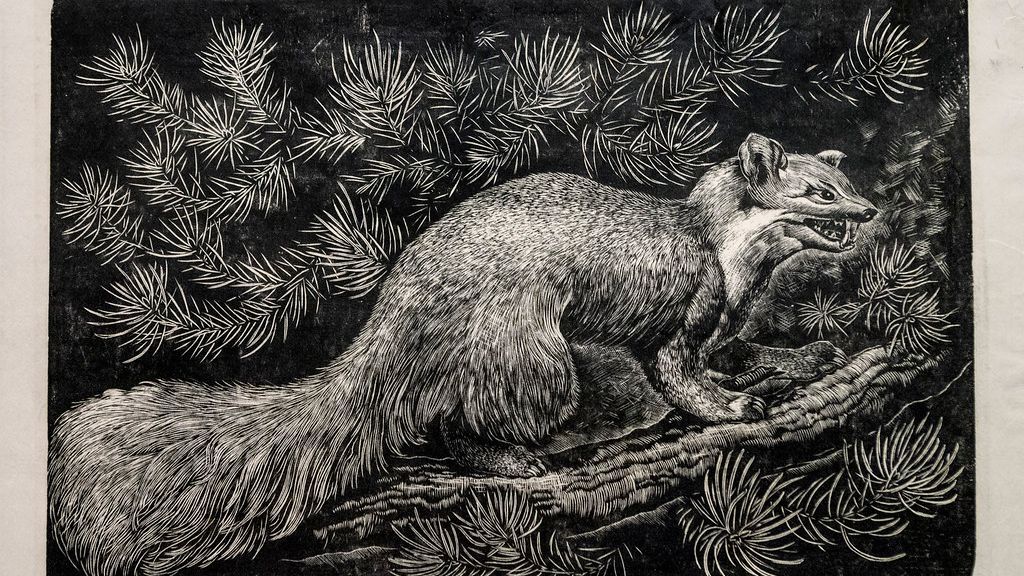 Pine marten engraving on wood. These species could be interested in London’s grey squirrel population as a source of food. (Thomas Shahan 3/CC BY 2.0)

The streets, alleys, parks, and green spaces of London are being prowled by a new predator. For the first time in over a century, a trail camera has recorded images of a pine marten in London.

For what was once known as the second most common predator in the United Kingdom, the species is now more common in Scotland and the north of England.

The creature was visible on a trail camera situated more than 70 kilometers from the closest known population. The urban woodland where the images were captured is in southwestern London. The trail camera which produced the sighting was funded by Kingston Council as part of the London HogWatch project.

“In this area, these are usually set off by the movement of common species such as foxes and badgers, so you can imagine our surprise at seeing a pine marten – a species usually only glimpsed in Scotland and northern England,” said Kate Scott-Gatty, a research assistant with the project in a statement to a British media outlet. The project’s focus had been on London’s hedgehog population and was suprised to capture an image of pine marten.

The London sighting is a victory for efforts to reintroduce the species in the United Kingdom after its numbers have dwindled. The species can be found across much of Europe and the Near East. As a predator, the species frequently approaches its meal with an opportunist mindset.

During the summer, pine martens can switch to eating large quantities of berries and wild fruits. The species is said to have the ability to control the population of grey squirrels in London. Native red squirrels are increasingly being outbred in many parts of the United Kingdom by grey squirrels which are invasive species.

Pine martens are nocturnal and can travel as much as five miles in a single night looking for a meal. They can weigh up to 2.2 kg and live up to eight years, according to the London Wild Life Trust.

In the Victorian era, animals were often hunted for their coats or sport. The pine marten is protected in the United Kingdom under the Wildlife and Countryside Act of 1981. The pine marten was designated a Priority Species under the UK Post-2010 Biodiversity Framework. In other regions in which the species is present, can be found in urban zones.

“Across other European countries, pine martens are recorded in an urban setting,” said Elliot Newton, biodiversity officer at the Royal Borough of Kingston upon Thames, in a media statement.

“The individual caught on our cameras is looking in good health and is a very welcome addition to our local fauna.”