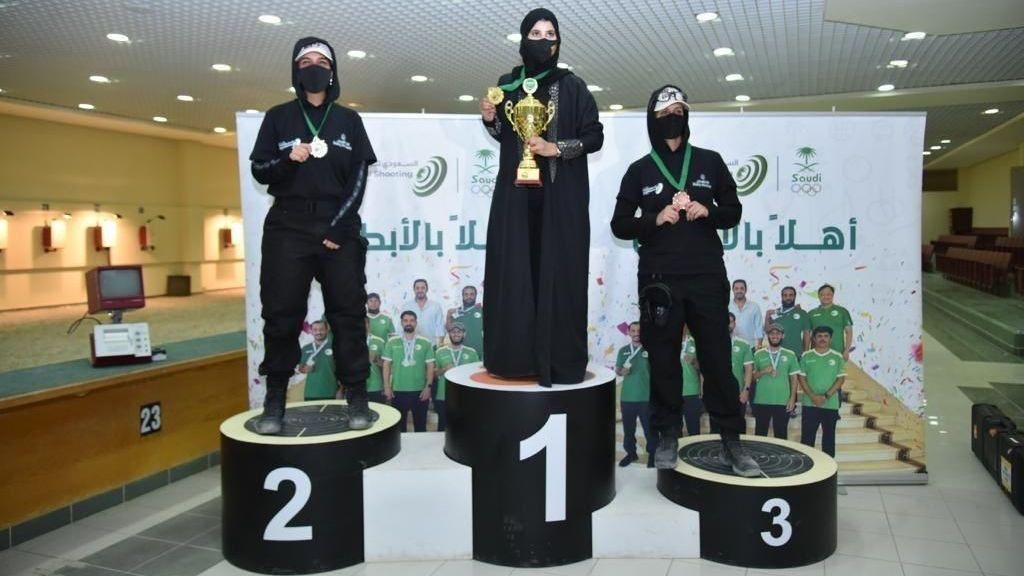 Saudi women can now legally lock and load. In barely two years Saudi women have earned the right to both drive and to own a firearms. While women have been legally behind the wheel since 2019, it was only last year that they were allowed to own firearms.

During the COVID-19 pandemic shooting became popular with many Saudis as a social distanced and outdoor activity. Yet, some women have been shooting for far longer.

“At a young age my father taught me how to use and train with air rifles. I later joined the Saudi Archery Federation,” says Reem Alatawi who later earned first place in a Saudi shooting competition.

Alatawi pointed out how relatively straight forward the process is. Potential owners first select the firearm they want to purchase either online or at a store. Then they must complete a series of checks. If the application is granted, they are allowed to make the purchase and pick-up the weapon. The process can take just a few minutes.

“We must thank the government and the Saudi Falcons and Hunting Club for this opportunity. Now everyone can acquire weapons legally and much easier than in other countries,” she said.

At many American gun shows one can spot efforts that firearms manufacturers have made specifically to appeal to women. For example, one can find popular Glock pistols in fuscia, teal, and pink.

“We haven’t seen that stratification yet in the market as the rule change was only recently announced, says Ahmed AlRumaih, the CEO of leading Saudi firearm retailer,“how ever you can expect that there will be more emphasis on target and practice shooting rather then hunting based on global trends.”

New regulations regarding firearms are part of reforms instituted by Saudi Crown Prince Muhammad Bin Salman. The aim is not merely to give Saudi citizens a new pastime but, to ensure the growth of a diversified economy.  Under the government’s vision for sustainable conservation there is a place for both hunting and tourism.

This year the Saudi government announced a short five-month hunting season which is ongoing for 25 different species of birds in which only air rifles not firearms can be used.

Indeed women owning firearms is just one part of a young but, emerging market. Saudis were long time consumers of air rifles.

The company was one of the main exhibitors at the 2022 Saudi International Falcons and Hunting Exhibition which attracted some 500,000 visitors attending the week-long event held near Riyadh, the Saudi capital.

A weekday visit to the exhibition found Saudi woman inquiring about the purchase of a top of the line Berretta handgun suitable for shooting competitions.

Only to be told they had sold out.