Shaw, the first chief anchor of CNN, made headlines for his controversial question at the Dukakis-Bush presidential debate in 1988.
By Hamraz Ahmad September 11, 2022
Facebook
Twitter
Linkedin
Email 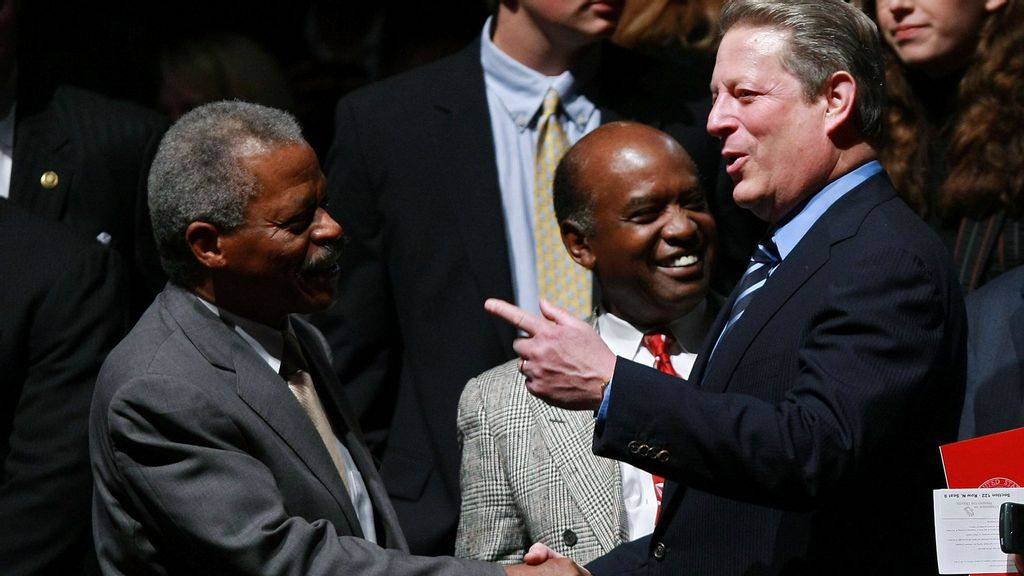 CNN’s Bernard Shaw, long regarded as the last neutral anchor in TV news,  has signed off at the age of 82. Of Shaw, Sen. John McCain famously said “I cannot tell you whether Bernie is a Republican, Democrat, Libertarian or vegetarian.”

Now, 21 years after Shaw’s retirement from CNN in 2001,  the network is struggling to get back to those standards.

Shaw, the son of a house painter and a housekeeper in Chicago, was shaped by his father’s habit of bringing home four newspapers every day. The young Shaw devoured those papers, learning journalism at the dinner table. Born in May 1940, he grew up in a segregated city. He went on to  serve honorably in the U.S. Marine Corps during the Vietnam War, at a time when wealthy Chicagoans were protesting the draft.

Soon he became one of the first African Americans to appear on national televsion news, starting his career at CBS and ABC. Shaw joined a brand-new cable network called CNN in 1980 and became Its first chief anchor. As CNN’s prominence grew, Shaw’s star rose.

Perhaps Shaw’s most memorable moment, In nationally broadcast news, was his 1988 confrontation with Democratic nominee Michael Dukakis, when he asked the death penalty opponent if he would favor the death penalty if his wife, Kitty, was raped or murdered.

Dukakis’s flat response made news and shifted votes. “No, I don’t, Bernard, and I think you know that I’ve opposed the death penalty during all of my life. I don’t see any evidence that it’s a deterrent and I think there are better and more effective ways to deal with violent crime.”

In the wake of Dukakis’s defeat, some media critics criticized Shaw. He stood his ground.  He said that what he did was right and he would keep doing it. What really grabbed the viewers’ attention was Shaw’s confidence in his reporting and an unfettered stand on his convictions. Years later, Dukakis maintained  that he felt his response wasn’t all that bad.

Later, Shaw courted controversy again. After his 2001 retiremement from CNN he told an interviewerer that he supported the 2003 invasion of Iraq saying that there was a “despotic” leader of a “rogue state” who possessed weapons of mass destruction in Iraq. He said the war was “vital for America’s security” and was consequently criticized by pacifist and leftist factions. He was also criticized for his one sided reporting of the Israel-Palestine conflict.

However, Shaw said he was against war on many occasions. “All of it can become very oppressive. It affects my mood swings strongly, because of war’s ugliness. War is death. You become overly saturated with the story.” he once told Philadelphia Inquirer’s Gail Shister.

Shaw received a lifetime achievement award from the National Association of Black Journalists.