Will Russia Push The Western Balkans Towards 1990s-style Instability? 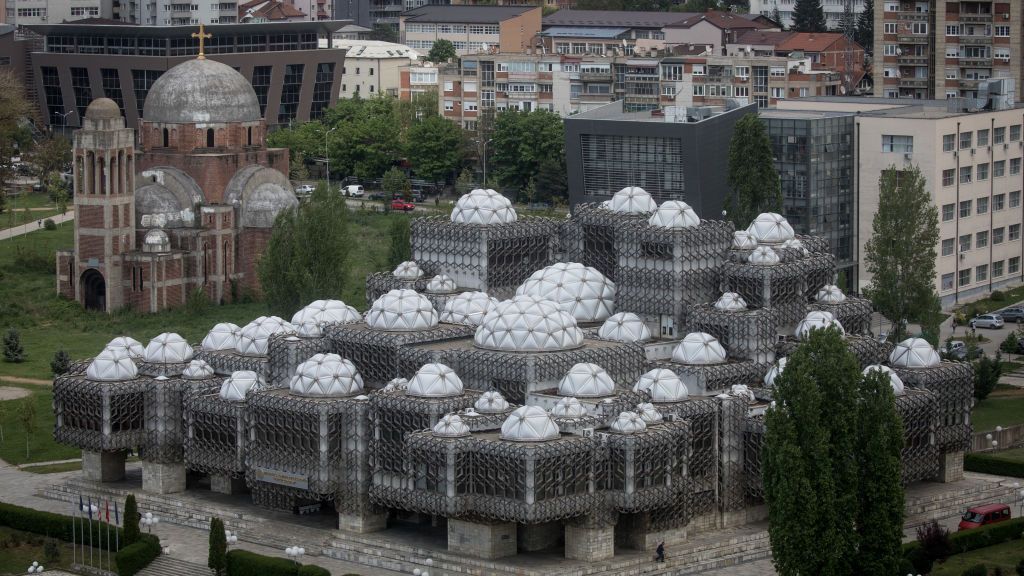 A view of Pristina, Kosovo, from May 2019. The small Balkan country is making progress in reintegrating and rehabilitating citizens who left to join the Islamic State's fight against the Syrian regime. (Chris McGrath/Getty Images)

Tensions between Serbia and Kosovo continued to boil over the summer, but a surprise visit by Serbian Prime Minister Ana Brnabic to Kosovo this week seems to have eased tensions.

However, analysts warn that Russia may still try to find other ways to destabilize the crucial region. “Any potential for destabilization has to do with still unresolved issues from the Serbian perspective,” said Besnik Bislimi, Kosovo’s deputy prime minister for European integration, development, and dialogue in the country of roughly 2 million. “We have an issue in the western Balkans that Serbia is not clear about its borders with their neighbors.”

Bislimi has also warned that Serbia, like Russia, presumes to have a sphere of influence inside neighboring countries.

“As of 1999, the Serbs have created a new narrative,” in which Serbs and Russians are brothers, “which only have Romania and Ukraine between them,” said Bislimi.

This has allowed penetration by Russia’s economic interests, such as investment and infrastructure developments, including gas stations and energy suppliers across the Balkans.
“Russia also has a military and intelligence presence,” he said.

According to a June 2022 poll from Belgrade-based Demostat, some 51% of Serbians would oppose EU members in and national referendum, with only 34% in support of such a measure. The same poll found that 40% of Serbs selected Russian President Vladimir Putin as their favorite world leader.

“Russia’s intention to misuse the territory of Russia for creating tensions with neighboring countries does not necessarily have the goal of dividing the West,” Bislimi said. “It may be to deviate the focus from Ukraine.”

Others in the region seem less concerned that despite the recent tensions between Kosovo and Serbia, the region will see a return to the troubled days of the 1990s. During that decade, the dissolution of the former Yugoslavia led to some of the worst conflicts in Europe between the end of World War II and the start of the current conflict between Russia and Ukraine.

The two final chapters of that series of conflicts came in Kosovo and what is today North Macedonia. A NATO intervention in 1999 in support of ethnic Albanian Kosovar insurgents ended Serbia’s counter-insurgency campaign. Kosovo declared its independence less than a decade later, in 2008. Today over 100 countries recognize Kosovo’s independence. As a spillover from that conflict, a group of ethnically Albanian guerrillas launched a brief conflict in 2001 before a similar NATO intervention. North Macedonia joined NATO in 2020 after agreeing to change its name its name from simply Macedonia. Kosovo hopes to one day follow a similar path.

Yet, officials in Macedonia seem less concerned that Russian intervention in Balkan affairs is a pressing concern.

“We don’t expect it this minute, nor do we expect it to happen,” said Naser Nuredini, minister of environment and physical planning of North Macedonia, “Of course, we all need to be prepared for any such event.”