Has Elder identified a real trend, or is the niche explored by “Uncle Tom II” too small to make an impact?
By Michael Andrew Lovito September 7, 2022
Facebook
Twitter
Linkedin
Email 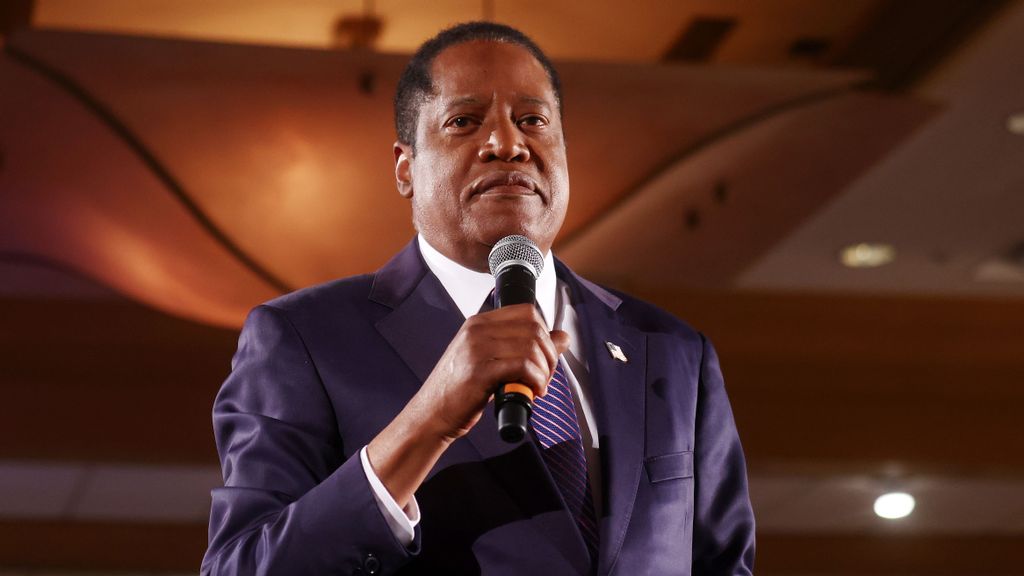 A controversial new film is aimed at black voters, launching less than 100 days before the 2022 congressional midterm elections.

Directed by Justin Malone and co-written and produced by black conservative radio host and onetime California gubernatorial candidate Larry Elder, the marketing copy for “Uncle Tom II” claims that the film will unveil “the Marxist strategy of creating false racial tension between Americans, and its ultimate goal of obtaining power, destroying capitalism and replacing God with government.” The film claims that the peaceful protests and violent riots in the summer of 2020 were a key facet of that strategy.

As the title suggests, “Uncle Tom II” is a sequel to “Uncle Tom,” Malone’s 2020 documentary that interviewed prominent black conservatives and made the case that black Americans should vote for Republicans. The film had no discernible impact on voting; 87 percent of African-Americans for Joe Biden in 2020, according to CNN exit polls.

Elder and “Uncle Tom II” co-writer Chad O. Jackson are black conservatives who feel ostracized by their fellow African-Americans, and jokingly refer to themselves as “Uncle Toms.”

Uncle Tom is the name of a character in Harriet Beecher Stowe’s 1852 novel Uncle Tom’s Cabin. In the novel, Tom gives his life to save his fellow enslaved persons. In the first film adaption, in a 1903 silent film, Uncle Tom loses his life to save his master – instantly making the character’s name “a derogatory term to describe a black man who ‘acts white’ and ‘talks white’, or who is a sell-out to his own race,” according to Urban Dictionary. The NAACP protested MGM’s 1946 plans to produce a new film version and the novel has remained too controversial for Hollywood ever since. Elder and Jackson know that their film title will be controversial and may be banking on social-media outrage to drive ticket sales.

The theme of the film is that, contrary to a view that black conservatives think and vote the way they do to curry favor with white people, conservatism is actually more beneficial to the African-American community than liberalism, which the film claims is just a tool that ruling “elites” use to hold on to their power.

It’s a provocative stance, but the idea that the Republican Party is gaining some traction with black voters is not without merit. Donald Trump won 12 percent of African-American voters in 2020, an eight percentage-point improvement over his 2016 numbers. This year, a record number of black Republicans decided to run for Congress, and Joe Biden’s polling numbers with black voters continue to slip.

Have Malone and Elder identified a real trend, or is the niche explored by “Uncle Tom II” too small to make an impact?

The idea for the original “Uncle Tom” film came to Malone in 2011 after he saw MSNBC’s Lawrence O’Donnell accuse Republican presidential candidate Herman Cain of “sitting on the sidelines” during the civil rights movement, according to the Washington Times.

“It just seemed silly to me, to think that black people couldn’t be conservative or couldn’t be Republican,” Malone, who is white, told the newspaper. He began production on the film by interviewing black conservative figures in the Dallas area, where Malone works as a commercial director. After shooting interviews with Jackson and black conservative activists like Eugene Ralph and Stephen Broden, Malone shopped a rough cut of “Uncle Tom” around Los Angeles. Eventually he came into contact with Elder, who helped Malone raise money to cover production costs and put him in contact with some of the biggest names in black conservatism.

A Who’s Who of black Conservatives

In addition to discussing what appeals to them about conservatism, the interviewees recount the lives and careers of influential black conservative figures like Booker T. Washington, Thomas Sowell, and Ben Carson. They also discuss the Democratic Party’s historical support of slavery and segregation, and the importance of education and hard work, values that are held up as essentially Republican and antithetical to liberalism, which the film claims promotes a sense of perpetual victimhood and reliance on government largesse.

No Biden, Some Trump

Despite being released in 2020, that year’s presidential campaign plays a relatively minor role in the first “Uncle Tom’s” narrative. Clips of 2020 Democratic presidential aspirants appealing to Latino immigrants (all set to flamenco music) are presented as an effort by the party to help import a “whole new victim class.” But Joe Biden, despite his own past on racial issues, is never mentioned. According to Malone, this omission was intentional to prevent the film from becoming a “hit piece.”

Donald Trump, on the other hand, is presented as the antidote to Republicans’ dismal efforts to appeal to black voters, partly because of his uncompromising and belligerent public persona, partly because his presence in popular culture made him more recognizable to voters. Curiously, black Republicans running for office in 2020 like Michigan Senate candidate John James and Florida House candidate (and eventual Congressman) Byron Donalds are never mentioned.

The film made $400,000 off of “streamed downloads” in its opening weekend, and Malone and claimed that the film earned more than $2.5 million as of August 2020, according to a press release published shortly after “Uncle Tom’s” release. It’s virtually impossible to confirm any film’s streaming revenues since, unlike box office numbers, they’re all self-reported by the film’s creator or distributor. But if “Uncle Tom’s” revenues are anywhere close to what Malone claims, it’s an impressive showing for a documentary that lacked the backing of an established studio or distributor and, outside of screenings at film festivals, was never released theatrically.

Despite an impending theatrical premiere and a distribution deal with emerging conservative studio Salem Media, “Uncle Tom II” is also struggling to generate any critical hype. While Jackson and Malone have appeared on conservative talk shows promoting the film, the only review of “Uncle Tom II” published at the time of this writing can be found in The Epoch Times, an avowedly anti-communist newspaper owned by allies of the Falun Gong religious movement.

Of course, that could also be a selling point for Salem Media’s target audience. “2000 Mules” was roundly criticized by both liberal and mainstream and by anti-Trump conservatives at The Bulwark and The Dispatch, but that didn’t prevent Salem Media from recouping its $4.5 million investment in the film.

If anything, the under-the-radar nature of “Uncle Tom II” could help Salem Media and Malone market the film as something underground and transgressive, a victim of the same kind of persecution they allege black conservatives are subjected to, a hidden document that “they” don’t want you to see. In fact, its creators are already discussing it in those terms.

“What ‘Uncle Tom II’ does is take a look at this history that existed with black Americans, a history rooted entrepreneurship, prosperity, and patriotism that’s completely covered up,” Jackson told Newsmax. “We expose why that is.”

Published in association with The Righting.