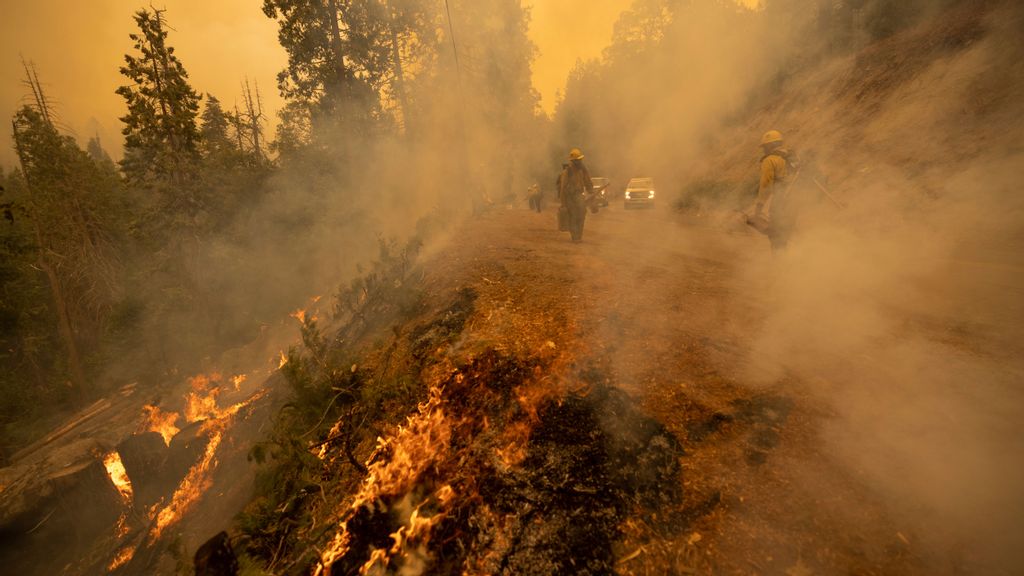 The Fairview Fire, which began Monday afternoon, has burned through 2,000 acres of land in Riverside County as of Monday evening, with 5 percent containment as of that time. There have been two confirmed civilian fatalities thus far, with another suffering injuries.

The cause of the fire remains under investigation.

Firefighters also had to battle a severe heat wave. Temperatures in Hemet reached 109 degrees Fahrenheit Monday; high temperatures there are forecast to stay above 100 F through Thursday.

The fire reportedly burned multiple structures, including houses in the area. Footage from a local neighborhood showed smoke rising quickly above local houses.

In an update by California’s Department of Forestry and Fire Protection, Cal Fire, it was confirmed that one civilian suffered burns due to the fire and was taken to a hospital. As of Monday evening, there was no update on the civilian’s condition.

The Riverside County Fire Department reported at 3:37 p.m. PDT that the Fairview Fire has burned through 20 acres of vegetation before updating that the fire had been burning “at a rapid rate of spread” throughout the later afternoon hours.

Ongoing excessive heat in California, along with low humidity, has elevated the wildfire risk, leaving difficult conditions for firefighters and other responders. The Fairview Fire is just one of several blazes across the state, including the Radford Fire which began Monday in Needles, approximately 200 miles northeast of Hemet. An evacuation order also went into effect for the incident, which was zero percent contained and had burned an estimated 50 acres burned.

Another deadly fire, the Mill Fire, continues to burn in Northern California. The blaze began last Friday, Sept. 2, and has burned more than 4,200 acres and forced evacuations. Siskiyou County Sheriff Jeremiah LaRue said on Sunday that two adult women, ages 66 and 73, were found dead just inside the city limits of Weed, California, by first responders.

High heat and dry conditions are expected to remain in place for at least the next several days, making firefighting conditions difficult. However, increased chances for rainfall associated with Hurricane Kay may bring some desperately needed relief to Southern California.