The girl had a vision screening test to determine what was causing the unusual cloudiness in her eye.
By Simona Kitanovska September 5, 2022
Facebook
Twitter
Linkedin
Email 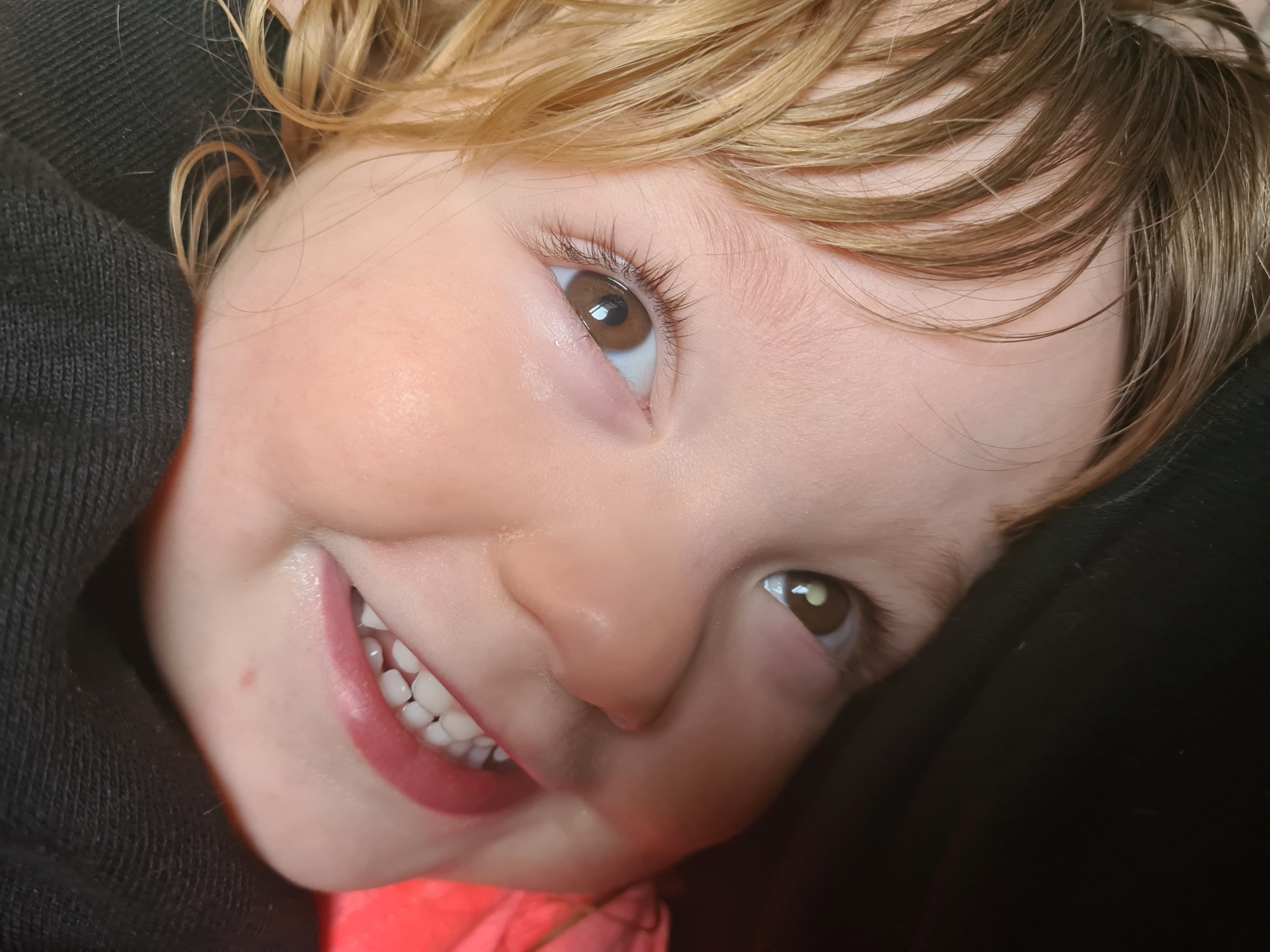 Darcey-Rose Hickson with the white glow in her eye, in an undated photo. Darcey-Rose's mother, Gina Hickson, who thought her young girl had ice in her eye after a snowball fight says it turned out to be a rare cancer–which claimed her daughter's left eye.(Childhood Eye Cancer Trust,SWNS/Zenger)

A mom who thought her young girl had ice in her eye after a snowball fight says it turned out to be a rare cancer–which claimed her daughter’s left eye.

Gina Hickson, 29, thought an unusual white glow in her daughter Darcey-Rose’s left pupil was down to her getting ice in it. But when the cloudiness didn’t go, she assumed the three-year-old might need glasses and took her to the doctor’s to be checked over in February 2021.

Darcey-Rose was then referred to a specialist and underwent vision screening and scans to determine what was wrong.

Hickson and her husband, Michael, 34, were then given the heartbreaking news that their little girl had retinoblastoma–a rare eye cancer that typically affects children under the age of six. The child began the first out of six rounds of chemotherapy in March 2021 at Great Ormond Street Hospital, London, the U.K.’s capital, before going into remission.

But medics found more cancer in her eye and Darcey-Rose’s parents were told she could either have chemotherapy injections in her eye or her eye removed. The tumor had spread around her retina and the chemotherapy wasn’t working as it should, so the little girl had to have her left eye removed. She was fitted with a prosthetic and understands she has a “special eye because of her poorly one”.

Hickson, from Westgate-on-sea, Kent, England, said: “We just saw a mass, like a cloud, in Darcey-Rose’s eye. It would change shape depending on where her eye was directed.

“Initially, we thought it was ice in her eye from a snowball fight. I Googled it and it took me to the Childhood Eye Cancer Trust’s website–which I instantly dismissed. I was still concerned so I got Darcey-Rose to pose for a picture and sent it to the GP straight away.”

Hickson wasn’t worried about her daughter’s eye at first. She said: “Darcey-Rose had a slight lazy eye, but I put it to her vision tracking. I don’t even think I mentioned it to anyone.

“After a visit to the doctor, we were referred to ophthalmology. There wasn’t a sense of urgency or worry. However, I made sure I didn’t tell anyone what I’d seen.

“I even avoided telling my best friend as I knew she would tell me it was sinister and I was actively avoiding anything that could suggest it was. I was genuinely concerned she would need glasses, which is so, so silly. I definitely had my head in the sand.”

The girl had a vision screening test to determine what was causing the unusual cloudiness in her eye.

Her mother said: “When looking through her right eye, Darcey-Rose was able to identify every animal and loved the game. When we covered the right you could immediately see she was blind in that eye.

“Her whole body language changed, she became withdrawn and she was trying to find a way to see again. When she then had a scan, in the room there were posters on the wall with visuals on what to look out for, and how different eye conditions are seen on the screen–I found the cancer image and just held my breath.

“The right eye on the scan was clear and the left eye had a huge black mass. When we left the room a woman came and gave Darcey-Rose a toy.

“I looked at Michael and told him to prepare himself–saying I thought Darcey-Rose had got cancer. We went into the room to be told she ‘potentially has a rare eye cancer but they can’t diagnose as only the specialists can’.”

Hickson said that her and her husband ‘broke down’ when they received the news. She said: “Michael was playing with her on the floor, I was sick in the corner. Our world fell apart. Everything stood still but was also blurry around us”.

On February 19, 2021, Darcey-Rose, then two, attended Moorfield’s Eye Hospital, where retinoblastoma was confirmed. Typical signs of retinoblastoma include a white glow which may only appear in certain lights or a squint–as well as a change in the appearance of the eye or a swollen eye, although often only one sign or symptom is present.

The girl then began the first out of six rounds of chemotherapy on March 1, 2021 at Great Ormond Street Hospital before going into remission.   In September 2021 she needed laser and cryotherapy treatments, and in January 2022 it was decided she needed to restart chemotherapy.

Hickson said: “It was devastating to watch her go back through it 11 months later. Before the chemotherapy started we just cuddled in bed and I watched her breathe.”

On March 23, 2022, the family were given the news that she had gone into remission.   Hickson said: “We had a four to six-week wait until the next check to see if the cancer had gone, and even then it would still be frequently monitored.

“But for that day, she was in remission again, she had regained more sight, she was safe–mommy and daddy could breathe for a little moment. On June 15, 2022 we were told Darcey-Rose could either have chemotherapy injections in her eye or have her eye removed, as they had found more cancer in her eye.

“We did consider both options and as the direct injections would be done under anesthetic,  she wouldn’t know any different to her normal treatment.

“We booked in the chemotherapy for June 29. Her vision was better and worth fighting to save.  Darcey-Rose was incredible, she went down happy and we went off to the cafe for a coffee, expecting it to go well.  But after 20 minutes my phone rang, and we were told to come back. When I say we ran, we sprinted.”

Hickson added: “Her tumor had spread around the retina, the chemotherapy wasn’t ideal choice anymore. When they said they were going to have to remove her eye, and the choice was taken, I felt pure fear.

“But the operation went really well. The clinician fitted a prosthetic eye. Darcey-Rose did really well and understood why she needed a special eye because of her poorly one. She is just the funniest, sass pot I’ve ever met. She makes me laugh every day. She’s so clever, and inquisitive. She made every trip easier with her sheer zest for life. She loves sports and also horse riding, despite only having vision in one eye”.

On August 5, Hickson and her husband received the all-clear and that their daughter is cancer free.

Hickson said: “She has absolutely rocked it, she is amazing, we were saying the other day how we are in awe of her–you never want to see your child go through what she has been through.”

Hickson said it was a ‘weird moment’ being told that her daughter has the all-clear. She said: “We were in the car, it was a weird moment. It’s been every two weeks for 18 months that we have been living in hospitals. It is a really weird feeling to digest, it is a moment of you getting your baby back.”