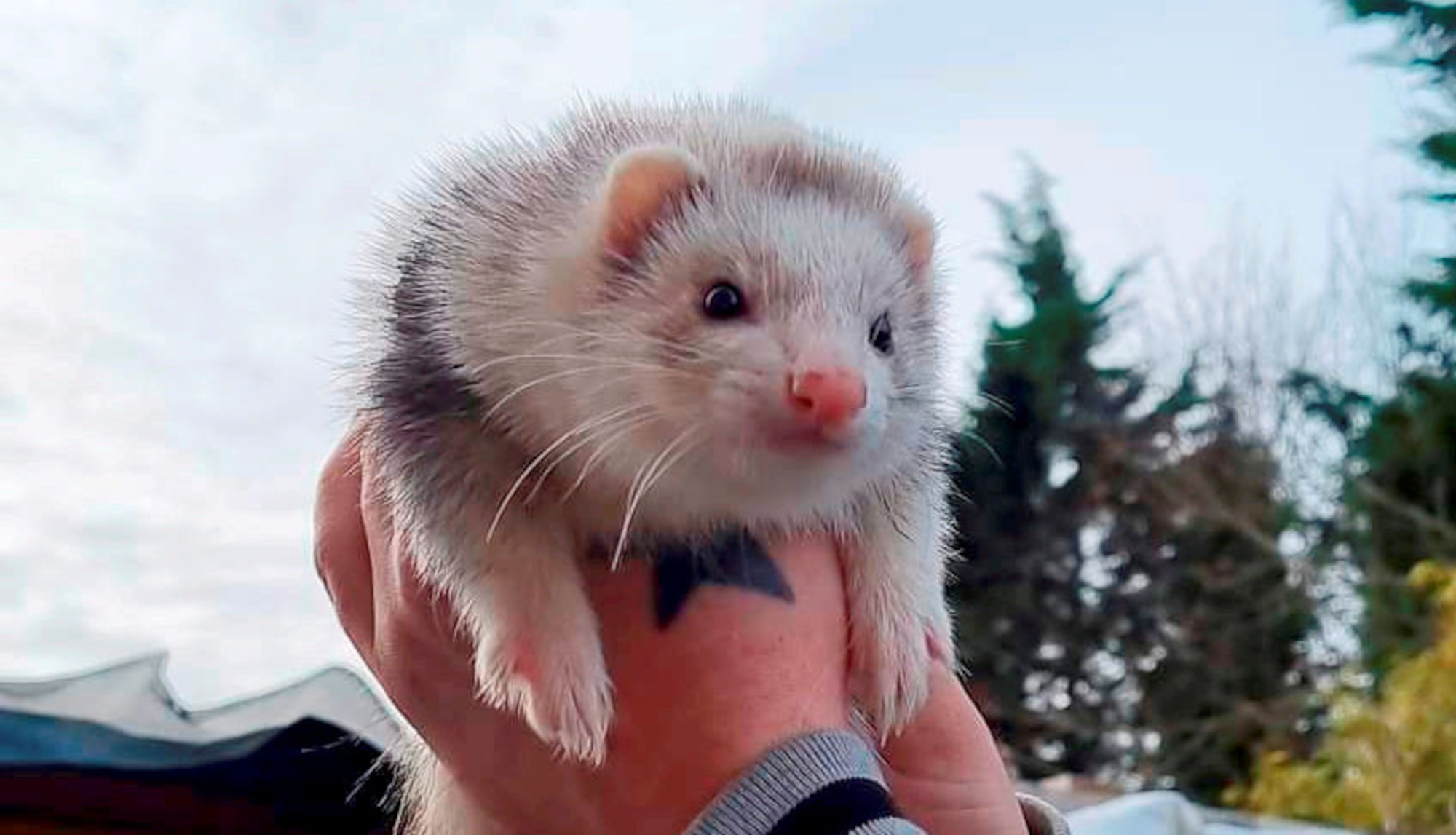 Sookie the ferret pictured in an undated photo. Jessica Swadling, Sookie's owner, fears her eight ferrets that were snatched from her garden might be used to hunt rabbits and is appealing for help to get them back. (Jessica Swadling,SWNS/Zenger)

A worried pet owner fears her eight ferrets that were snatched from her garden might be used to hunt rabbits and is appealing for help to get them back.

Jessica Swadling, 27, said the five adults and three babies vanished from a communal garden she shares with neighbors in Maidstone, the largest town in the county of Kent, located in England, in the U.K. The mom said the animals were pets that had never worked in their lives, but thinks rabbiting season is approaching and they may have been swiped to hunt.

She said the animals–Cinder, Rapunzel, Maui, Sookie, Dexter, Otis, Moana and Alfalfa–were much loved by friends and neighbors, especially children.

Ms. Swadling said: ”I have got a communal garden and they all live in there. It is not fenced off but we have never had any issues before with anyone.

”The night before it happened my ex-partner sorted out their food in the evening and saw them at 10 p.m. He went to check in the morning and rang me to say ‘have you got the ferrets inside?’

”I have no idea why someone has stolen them. I will bend over backwards to help anyone and don’t upset anyone. I don’t know why it has happened. It could be someone hanging around the tire place next to the garden who might have seen them,” Ms. Swadling added.

”It is coming up to rabbiting season. They have never worked in their lives–my adults are just pets–but that’s also possibly the reason they have been stolen. They all have a fantastic temperament. We have had all the adults since they were babies and we are breeders.

”They have been with us for their entire lives and are just so sweet. They love cuddles. They are so sweet and funny and just bounce around. I am just devastated. It is heartbreaking because if you could see how they were living, you could see they were very loved pets,” Ms. Swadling continued.

“They’re just great fun, they give me hours of enjoyment watching them, and everyone loves them. They had tubes and hammocks and dog and cat toys. They had everything they wanted,” she said finally.