The pair have been mistaken for sisters while out for cocktails at a restaurant.
By Simona Kitanovska September 5, 2022
Facebook
Twitter
Linkedin
Email 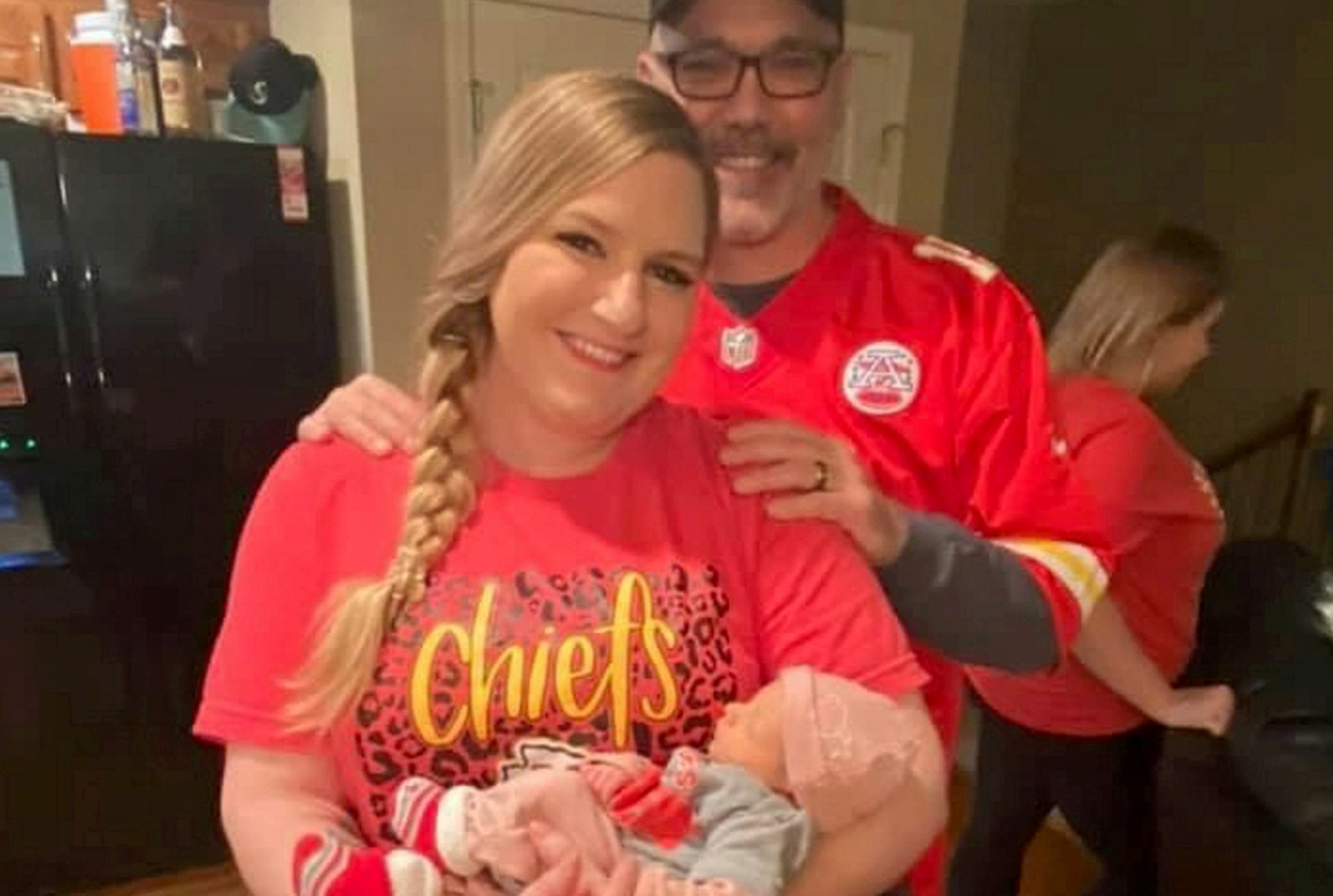 A Missouri woman who became a grandmother at 31 has said that she is constantly mistaken for her husband’s daughter and her stepdaughter’s sister.

Rachel Garrett Smith, now 33, was shocked to find out she was going to be a grandma after her stepdaughter, Sheridan Smith, 25, revealed she was expecting in July 2020.

Little Marley Batchelder arrived on January 19, 2021, and Garrett Smith and her husband, Adam Smith, 48, have loved being able to babysit their granddaughter.

Young Smith and her partner Bobby Batchelder welcomed a second daughter, Cora, on March 14, 2022–making Garrett Smith a grandma-of-two. But Garrett Smith admits it is weird to get her head around being a ‘grandma’ so young.

“I never expected to be a grandma so young it is crazy,” said Garrett Smith, a data processor, from Kansas City, Missouri, U.S.

“I was so shocked when I found out. Sheridan and I decided that Marley would call me ‘mimi’ so I don’t sound so old. She is adorable and it will be lovely to run around with her when she is a toddler.”

Garrett Smith and her husband have a 17-year age gap between them. Her husband has two children from a previous relationship, Sheridan and Brandon, 24.

“I am super close with Sheridan,” Garrett Smith said. “We’re close in age so she calls me her ‘from’–friend mom.”

The pair have been mistaken for sisters while out for cocktails at a restaurant.

“The waiter called us sisters but we didn’t correct her. It was just funny–we don’t even look alike.”

The young step-daughter and her boyfriend, Bobby Batchelder, told Garrett Smith and her husband they were expecting on July 4, 2020.

“They passed us a beer and it had a sticker on it that said ‘baby Batchelder due February 2021.’ I was so shocked and Adam cried. I have never wanted my own children but it is weird to wrap my head around the fact I am a grandma but I’m at the age of having my own children,” Garrett Smith said.

Marley was born a month early weighing 4 pounds 12 ounces on January 19, 2021, but was healthy and able to come home after spending just a few days in the hospital. Her grandparents got to meet her soon after.

“It was so surreal but I fell in love with her immediately,” Garrett Smith said. The couple now regularly babysit and look after Marley.

“It is still strange to me but she is amazing. I am ready for people to mistake me for being Marley’s mom. I’m used to that sort of thing as people have thought I am Adam’s daughter,” she said.

Garrett Smith got to meet her second grandchild, Cora, when she was born six weeks early in March 2022 weighing 4 pounds 11 ounces.

Marley stayed with her grandparents while her parents were in the hospital. Cora came home after two weeks in hospital and is now settling in well.

“Marley is wild and sassy. Cora is just a baby but you can tell she’s going to be more laid back,” Garrett Smith said.

Although she finds it hard to get her head around being a young grandma she adores Marley and Cora. She says she wouldn’t change it for the world.