Woman Welcomes ‘Miracle Baby’ After 20 Years Of Trying To Conceive

She was surprised when she found out she was expecting in September 2021, and this time the pregnancy progressed.
By Simona Kitanovska September 5, 2022
Facebook
Twitter
Linkedin
Email 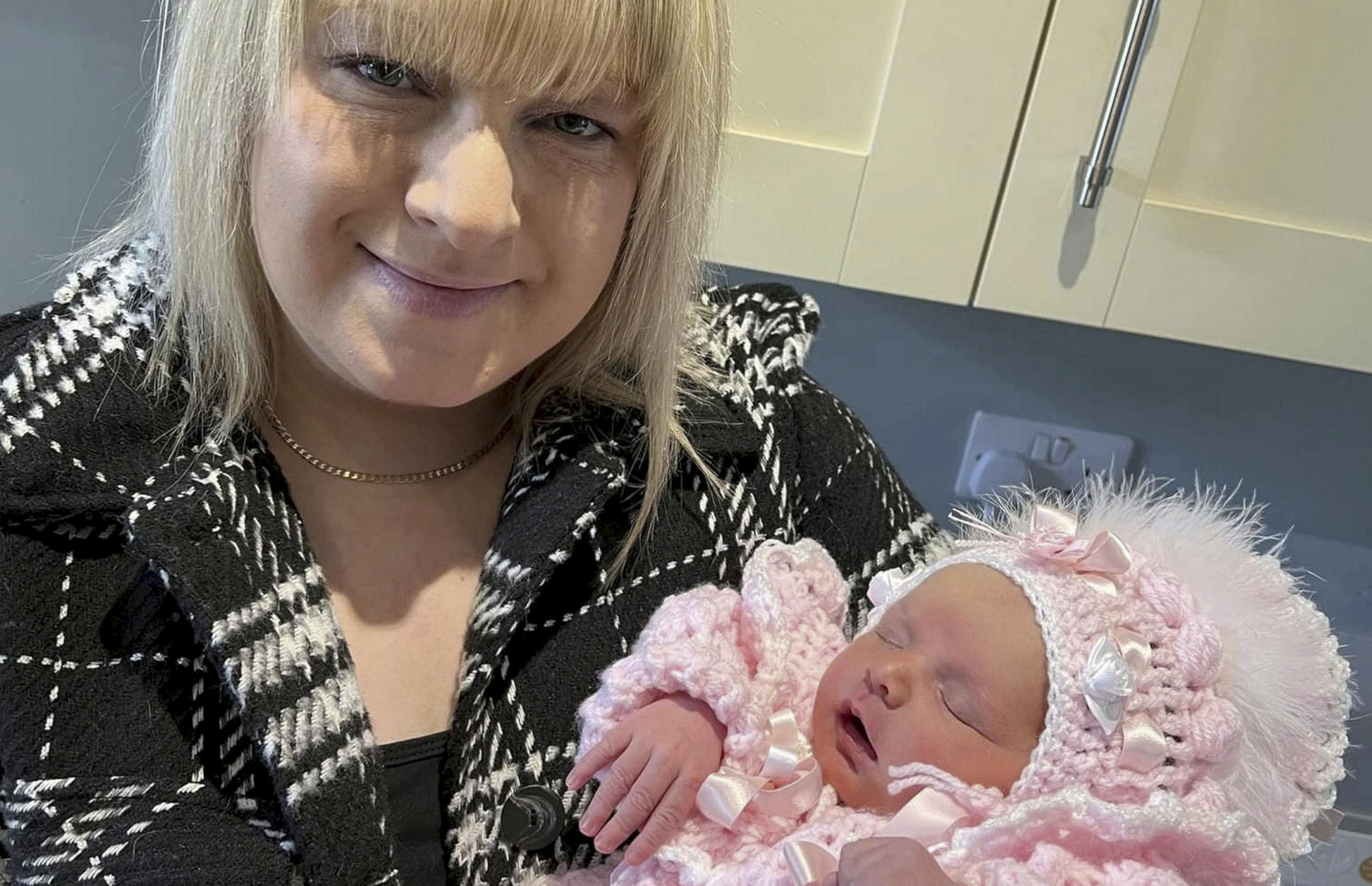 Rebecca Dando and her miracle baby, Lowri Joan Dando pose in an undated photo. Lowri was born on May 23, 2022, after 20 previous years of her mother, Rebecca Dando's failed attempts to conceive.  (Rebecca Dando,SWNS/Zenger)

A woman who nearly died after a miscarriage has welcomed a ‘miracle’ baby girl after 20 years of trying to conceive.

Rebecca Dando, 37, had always dreamed of being a mother but thought it wouldn’t happen after she was rushed to the hospital when she hemorrhaged due to a miscarriage in February 2021. The cafe owner suffered multiple miscarriages from the age of 18, despite doctors telling her nothing appeared to be wrong.

But after meeting her partner, Christopher Thomas, 26, in April 2019, Dando decided to give trying for a baby another go. After no luck for a year, she was surprised when she found out she was expecting in September 2021, and this time the pregnancy progressed.

Miracle baby, Lowri Joan Dando, was born on May 23, 2022, weighing 7 pounds 6 ounces, at the Grange University Hospital, Cwmbran, Wales, in the U.K., via an emergency c-section. Now home, Dando is enjoying her bubble with her newborn and ‘loving every minute’ of being a mom.

Dando, a cafe owner, from Ebbw Vale, Wales, said: “I cried when I got past 12 weeks with Lowri as I’d never made it that far in a pregnancy before. I was terrified for every day that something would go wrong.

“It was such a relief when she was out, and I could see her mop of hair. She’s safe and absolutely perfect. It has taken 20 years and several miscarriages to have a baby and I’ll never forget each loss but I’m so glad I never gave up hope.”

Ever since she was young, Dando had always dreamed of being a mom. She was shocked when she fell pregnant at 18 but heartbroken when she lost the baby before her 12-week scan.

“I was very young, and I hadn’t even told my parents. It was horrific and I’ve never forgotten being alone in my room and knowing I’d lost the baby,” she said.

Dando fell pregnant again with her previous partner when she was 26. She said: “I was really happy when I found out–it seemed like the right time.” But at the 12-week scan, she was told the baby’s heart had stopped beating.

“I had been really excited to be a mom, so I was crushed. It took a long time to get over,” Dando said.

After spiraling into a depression, she didn’t fall pregnant again until December 2018. She said: “I had just split from my partner, but I knew I still wanted to be a mom.”

“But in February 2019 I was told I had lost the baby at my 12-week scan. It was a missed miscarriage, so it was only the sac that remained. I had lost all hope that I would ever be a mom.”

A few weeks after the scan, Dando started bleeding but was told it was nothing to worry about. She said: “I was told it would just be like a heavy period, but it started up again when I was at work. I had to run out to get pads, but it was gushing. It looked like a murder scene.”

Dando was rushed to Prince Charles Hospital, Merthyr Tydfil, Wales, where she then passed out. She was told afterward that she had extremely low blood pressure and hardly any pulse.

“They told me that I was nearly dead, and I had suffered a hemorrhage. I nearly had to have a hysterectomy when they couldn’t stop the bleeding. After I thought: ‘That’s it, I’ll never be a mom’,” she said.

But when Dando started dating Thomas, who she knew through work as a catering supervisor, in April 2019, the pair quickly hit it off. The couple moved in together in September 2020 and decided to try for a baby.

Dando continued: “We decided we would try for a baby together. My hopes were low because it hadn’t happened for me yet. We tried and nothing happened, so I put it to the back of my mind.”

But to her surprise, she discovered she had fallen pregnant naturally in September 2021.

“I had just opened my cafe as I didn’t think I’d fall pregnant, so it was a big shock. I was terrified because I didn’t think it would stick again. I thought I just had to make it to 12 weeks. But I was scared the whole time that I would lose her.”

Dando suffered from pre-eclampsia and couldn’t relax for the whole pregnancy.

“I couldn’t relax until she was in my arms,” she said.

After a check-up showed her blood pressure was up, she was admitted to Grange University Hospital, Cwmbran, Wales, for monitoring at 37 weeks and five days.

“My face was swelling to the size of a football. I was so worried for myself and my little girl,” she said.

Doctors tried inducing Dando several times before they had to take her for an emergency c-section in the early hours of May 23.

“I was really out of it when they were cutting into me. Christopher had to nudge me when she was coming out. I saw her mop of hair and fell in love immediately. I cried my eyes out. I just can’t believe I’m a mom after all these years.

Lowri is just perfect. She’s starting to smile, and she’s so spoiled by all the family. It may have taken 20 years of trying but I couldn’t be happier,” Dando said finally.