The images were obtained from the Office of Strategic Communications of the Armed Forces of Ukraine on Thursday, September 1.
By Joseph Golder September 5, 2022
Facebook
Twitter
Linkedin
Email 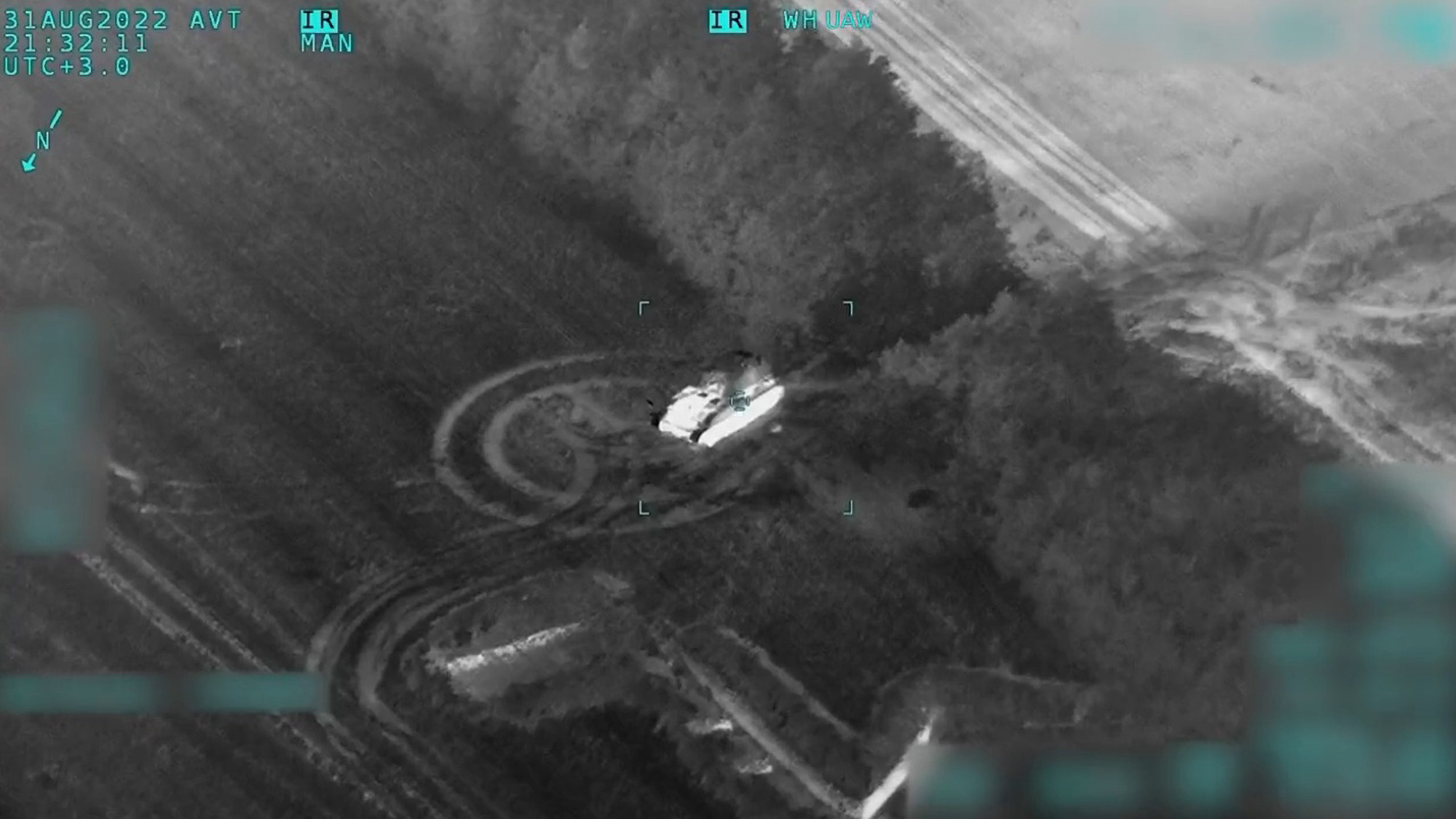 Picture shows a Russian self-propelled artillery installation Akatsiya on a battlefield in Ukraine in undated footage. The SO-152 is a Soviet 152.4 mm self-propelled gun developed in 1968.  (@AFUStratCom/Zenger)

A first video, shot by one of the drones, shows the Russian Akatsiya self-propelled gun being targeted. It suddenly explodes in a massive fireball.

A second piece of footage shows Russian troops falling all diving to the ground as the area around them is targeted, with the images then showing a Russian military vehicle, bearing the now infamous ‘Z’ symbol, being targeted and destroyed.

The images were obtained from the Office of Strategic Communications (StratCom) of the Armed Forces of Ukraine on Thursday, September 1. It is currently unclear where on the frontlines they were filmed.