The boy was diagnosed with the tumor just weeks after he was born with a swollen left eye.
By Simona Kitanovska September 5, 2022
Facebook
Twitter
Linkedin
Email 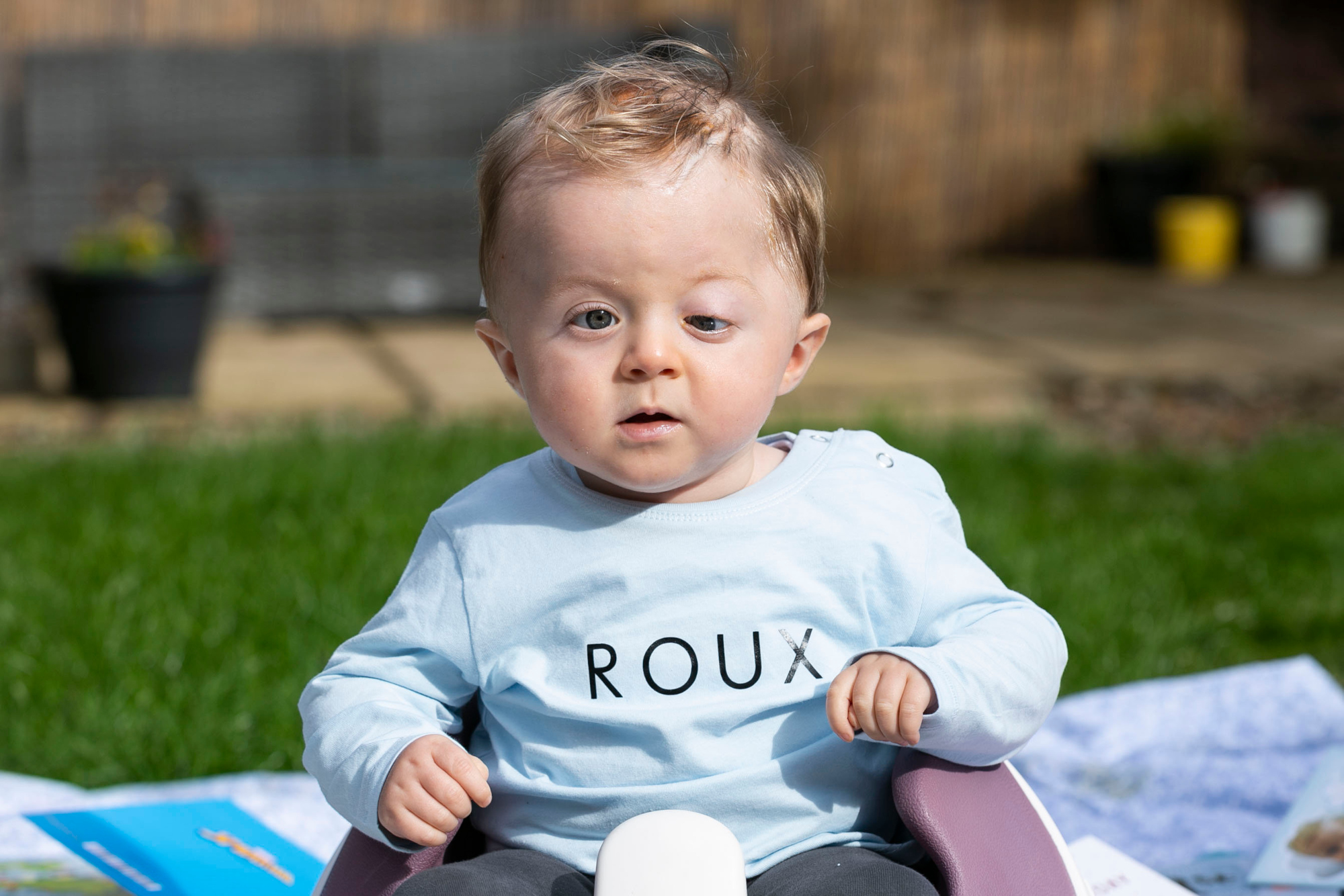 Baby Roux Owen returned home, from multiple brain tumor surgeries, to celebrate his 1st birthday surrounded by hundreds of cards he received from all around the world, pictured at home in East Yorkshire, in the U.K., on October 2, 2020. Baby Owen, now 2 years old, is set to start going to preschool, a day his parents said they feared they'd never get to see. (Lee McLean, SWNS/Zenger)

A two-year-old who survived a giant brain tumor “the size of two oranges” as a baby is set to start preschool, a day his parents feared they would never see.

Brave Roux Owen was diagnosed with a large, low-grade germ cell tumor in October 2019 at just four weeks old and has undergone thirteen operations since then. After his fifth procedure, his parents Amy and Antony Owen, both 34, were told to consider end-of-life care.

But now after recovering, Roux is set to start nursery later this month, a day that his parents said they ‘never thought we would see.’ His father said: “It felt like a hammer blow. All of our hope had been extinguished but Roux wasn’t ready to give up and neither were we.

“We are so happy that Roux will be starting nursery. It’s a day we never thought we would see, especially when we were told that he was probably going to pass away. This is such a big step forward for Roux and we think it will do him the world of good.”

“Because Roux is also a ‘pandemic child’, his interaction with other children has been limited so nursery will help his social side. He does lack confidence because he can’t see a lot of things. He looks really cute in his little nursery fleece that has the badge on.”

Adorable Roux, from Hull, located in East Yorkshire, in the U.K., was diagnosed with the tumor just weeks after he was born with a swollen left eye.

His father said: “The doctors reassured us it was probably related to the trauma of birth and was likely to settle down. When it was still swollen two weeks later, we went to see our doctor and he thought it was an eye infection but there were other signs that something was wrong.

“He wasn’t feeding properly, and he was sleeping much more than you would expect of a newborn baby. When he was awake, he would be very irritable. He was losing weight and not passing stools.”

He added: “We breathed a sigh of relief when we were told it wasn’t high-grade, but it was still an invasive tumor, large and extremely rare. It was located in his mid-brain, making it difficult to get at and it was around 10 centimeters long, covering a quarter of his tiny brain.

“It had cysts on it that were causing immense pressure. The doctors could only find one other identical case of it anywhere in the world.”

During his time in hospital, Roux had a shunt to drain excess fluid, and he had a Hickman line inserted, a central venous catheter most often used for the administration of chemotherapy or other medications, as well as for the withdrawal of blood for analysis, in case he needed chemotherapy.

He also contracted pneumonia, had a line infection, a bladder infection and contracted viral meningitis after his brain fluid became infected. However, as his fluid build-up got under control, he got another chance at life and was discharged from the hospital on his first birthday in October 2020.

Roux has been left partially blind, as is at a continued risk of a tumor regrowth and seizures, but his dad described him as ‘incredibly joyful.’

His father said: “Roux has been left partially blind–he appears to be ‘winking’ with his left eye–and is at continued risk of tumor regrowth and seizures. But he’s an incredibly joyful and happy little boy when he’s not in hospital. He lights up the room and you can’t help but smile when you are in his company.”

Hugh Adams, head of stakeholder relations at Brain Tumor Research, said: “We are so pleased that Roux will be starting nursery school and we all wish him the very best for his first day. He has already been through so much, so this is wonderful for him and his family.

“Brain tumors are indiscriminate. They can affect anyone at any time. Too little is known about the causes and that is why increased investment in research is vital.”