The images were obtained from the People's Militia of the Donetsk People's Republic (DPR) on Thursday, September 1.
By Joseph Golder September 5, 2022
Facebook
Twitter
Linkedin
Email 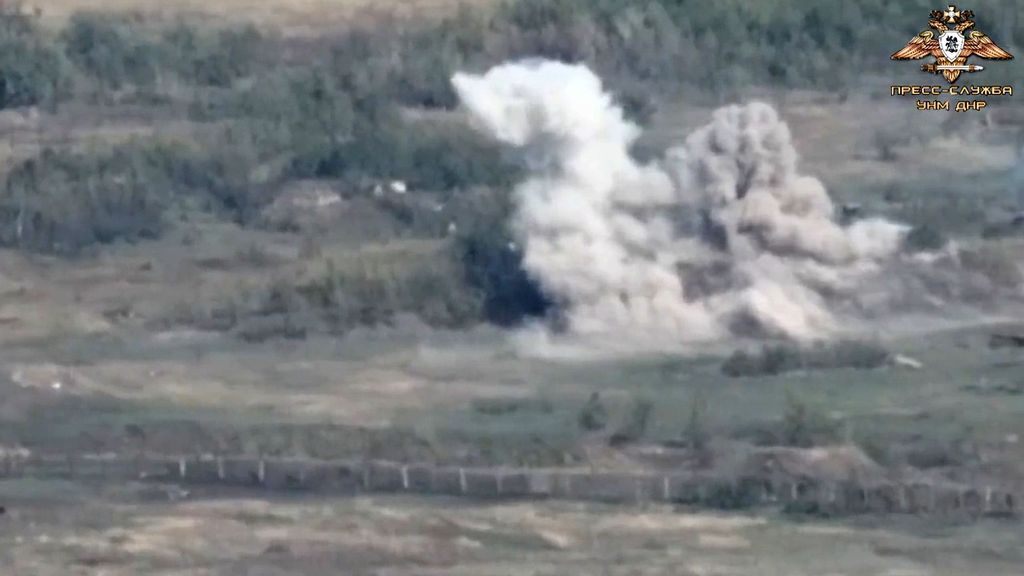 Picture shows an explosion in a field area in Avdiivka, Ukraine in undated footage. DPR battalion 1539 named after the Archangel Michael strikes at the territory of the fortified area of the Armed Forces of Ukraine in the former military unit of air defense A-1428.  (@nm_dnr/Zenger)

This footage allegedly shows the pro-Russian, so-called Donetsk People’s Republic carrying out attacks on Ukrainian forces in the Avdiivka area.

The images were obtained from the People’s Militia of the Donetsk People’s Republic (DPR) on Thursday, September 1, along with a statement claiming that they show “combat work of the battalion 1539 on a fortified area of the Armed Forces of Ukraine in the Avdiivka area.”

The DPR also claimed: “The fighters of the battalion caught the enemy’s manpower when it was maneuvering and hit it.”