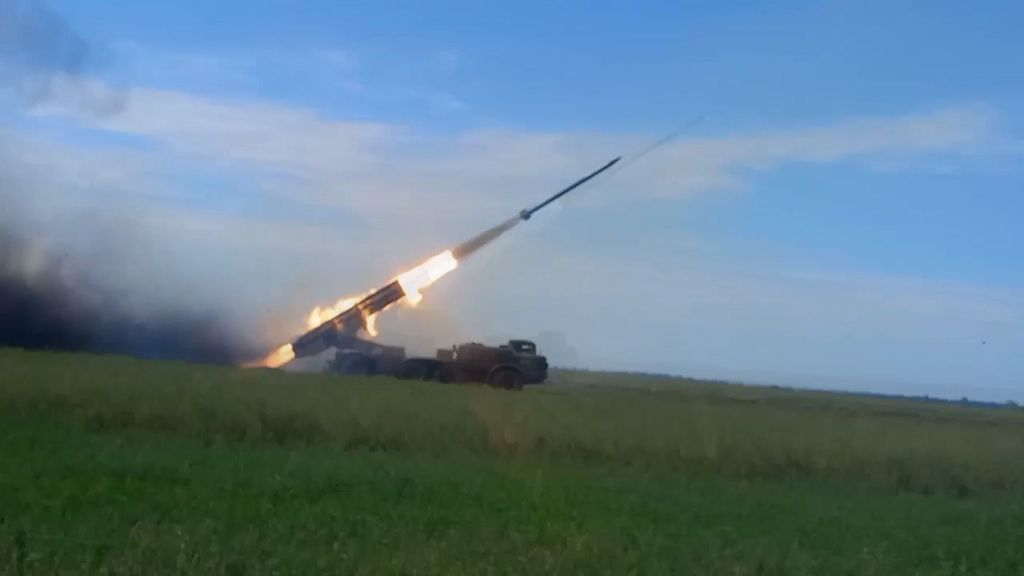 The vehicle can then be seen maneuvering its missile launcher into place before unleashing a salvo of the deadly weapons, presumably on unseen targets somewhere in Ukraine. The images then show more than one of the vehicles firing ordnance at night before the footage ends.

The BM-27 Uragan is a self-propelled multiple rocket launcher designed by the Soviet Union. It first entered service in the mid-1970s.