Butler teamed up with author Justin A. Reynolds to produce a sports novel that speaks to the reality of inner-city kids.
By Percy Lovell Crawford September 5, 2022
Facebook
Twitter
Linkedin
Email 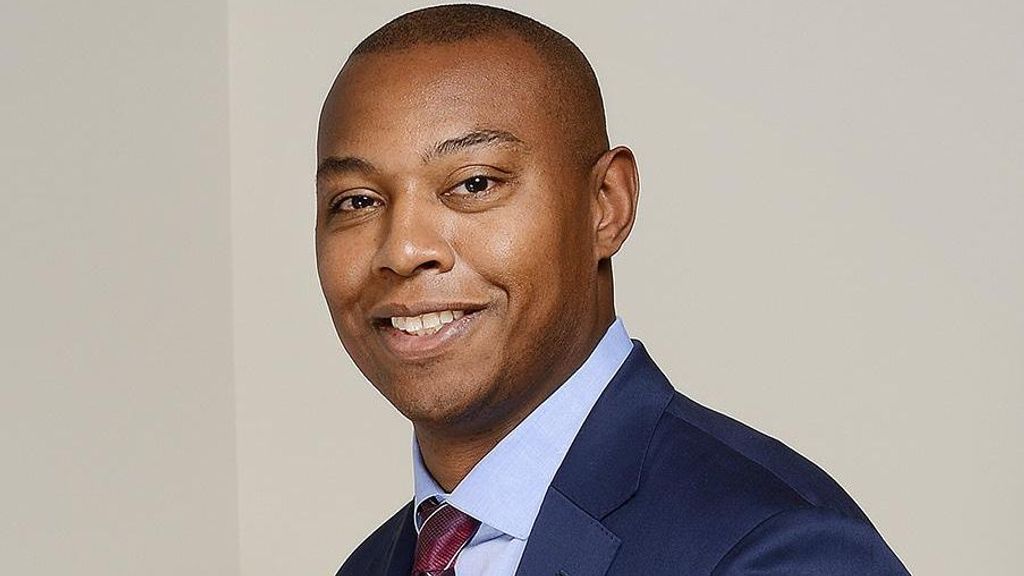 Miami Heat assistant coach Caron Butler adds author to his resume with the release of his new YA book, “Shot Clock.” (Caron Butler)

RACINE, Wis. — Being an exceptional athlete doesn’t protect you from negative events in the inner city. In fact, in some instances, it can make you a target.

Caron Butler, Miami Heat assistant coach, hooked up with award-winning young-adult author Justin A. Reynolds to write “Shot Clock,” about a young boy trying to count on a basketball team coached by a former NBA star. The authors hope to bring awareness to the issues facing African American kids

Before the two-time NBA All-Star and World Champion (with the Dallas Mavericks) became a hoops star, he was a troubled youth. “Shot Clock” is a look back, while provided a motivational story to get out of the hood and chase your dreams.

Butler talks about “Shot Clock” and future projects with Zenger.

Zenger: Why does discussing your new book “Shot Clock” bring you such joy?

Butler: It’s finally completed. First, it’s an idea in your head, and then following through and finally seeing it published. I can’t describe that feeling. I’m a coach right now. My ultimate goal is to continue to win, eventually win an NBA championship. To see that come to fruition is a dream of mine. It’s the same way with writing and creating a book. Having done that with Justin, that sweat equity and completion are special.

Zenger: You linked up with Reynolds to write this book. I have interviewed musicians that explain the ideology behind co-writing a song. Does co-writing a book require a lot of chemistry?

He knew exactly what I was trying to say, the message I was trying to get across and how important these community characters were. I wanted to impact those individuals and let them know that no matter what the ceilings are, you can break through. You can be anything. Justin got that narrative immediately, and that’s what made it a great partnership.

Zenger: With your first book, “Tuff Juice,” it was your autobiography. How different was this process, grounded in real situations but with fictional characters?

Butler: It was different and the same because, I had a program, “The Butler League Program.” I had a lot of characters, and I pulled situations from their realities. Some guys from the program are five characters in one. I took the pros and cons of their situation. Then, Justin taught me a lot of lessons in writing. It’s so easy to write about yourself because it is your reality. But when you’re telling stories, they gotta be so real and transparent.

Zenger: “Shot Clock” is being called a series. Will this morph into other books, either basketball or real-life situations?

Butler: Real-life situations. That’s why I feel “Shot Clock” is so special — it’s not just about basketball. These individuals are coming from all walks of life. We got one kid who is a statistician. You have kids who are great with numbers, kids who are great with execution, and kids that are gifted and found their niche in other areas. They found a way to impact the community. That was extremely powerful.

Zenger: Are you looking forward to September’s book tour?

Butler: I am. And I’m happy it starts in my hometown of Racine, Wisconsin. To be able to go to Houston, Maryland, Atlanta, touch base in D.C., and Cleveland, as well as traveling with Justin, is going to be exciting. I’m looking forward to seeing people up close and personal, field the questions and give authentic answers.

Zenger: What do you hope readers take away from “Shot Clock”?

Butler: First, you have to define reality. When you’re writing or telling your truth, you’re trying to make a passionate connection with the reader. You have to define reality. Think about some of the classics —  “Outsiders,” “The Great Gatsby,” “To Kill a Mockingbird,” I was looking at all that stuff. Before you can change the narrative, you have to define reality. What’s real out here, and what’s current. We talked about anything and everything that a kid could be going through. We talked about, hope, belief, addressing trauma, loses, love, people being editing out your life, bullying. And last, the journey of being successful. Because that’s the real success — loving the process of becoming the best version of yourself and getting 1 percent better every day. The book touches on all of that.

Zenger: Did you have to wait until the season was over to start writing?

Butler: People think I’m an alien or something. I was talking to Coach Spoel [Erik Spoelstra], and he asked:  “What were you doing?” “I was up writing.” “Writing? We have a game.”

But I did it, and we’re working on the second book now, all in the course of the season. While we’re winning games, I’m up at three or four in the morning, with ideas, writing, shooting Justin information, he’s shooting it back to me. All in the course of these last two years. Even with the second book, we lost in the Eastern Conference Finals, and this is in the midst of us competing at a high level. I’m still able to write because it is therapy for me.

Zenger: We lost the great Bill Russell. Any thoughts or a personal story you’d like to share?

Butler: I do. My heart and condolences go out to his family and the people that knew him best. I remember, I think it was my second All-Star game. We were in New Orleans, and they said that someone wanted to take a picture with me and Antawn [Jamison]. I was like: “Who the hell wants to interrupt us and take a picture?” Bill Russell comes from around the corner &mldr; that’s not, somebody. That’s an icon. That’s the individual we aspire to be.

On the basketball court, he was one of the winningest, if not the winningest player, ever. Also, from an activist standpoint, he spoke truth to power and told our stories. Bill Russell, Kareem [Abdul Jabbar], and Jim Brown epitomized that. When we lost him, we lost a lot, but the NBA family has found ways to keep his legacy alive, including by retiring No. 6 across the board. There was only one Bill Russell.