She went on to explain that instead of saying something which sounds negative, the comment can be flipped to sound more positive.
By Simona Kitanovska September 5, 2022
Facebook
Twitter
Linkedin
Email 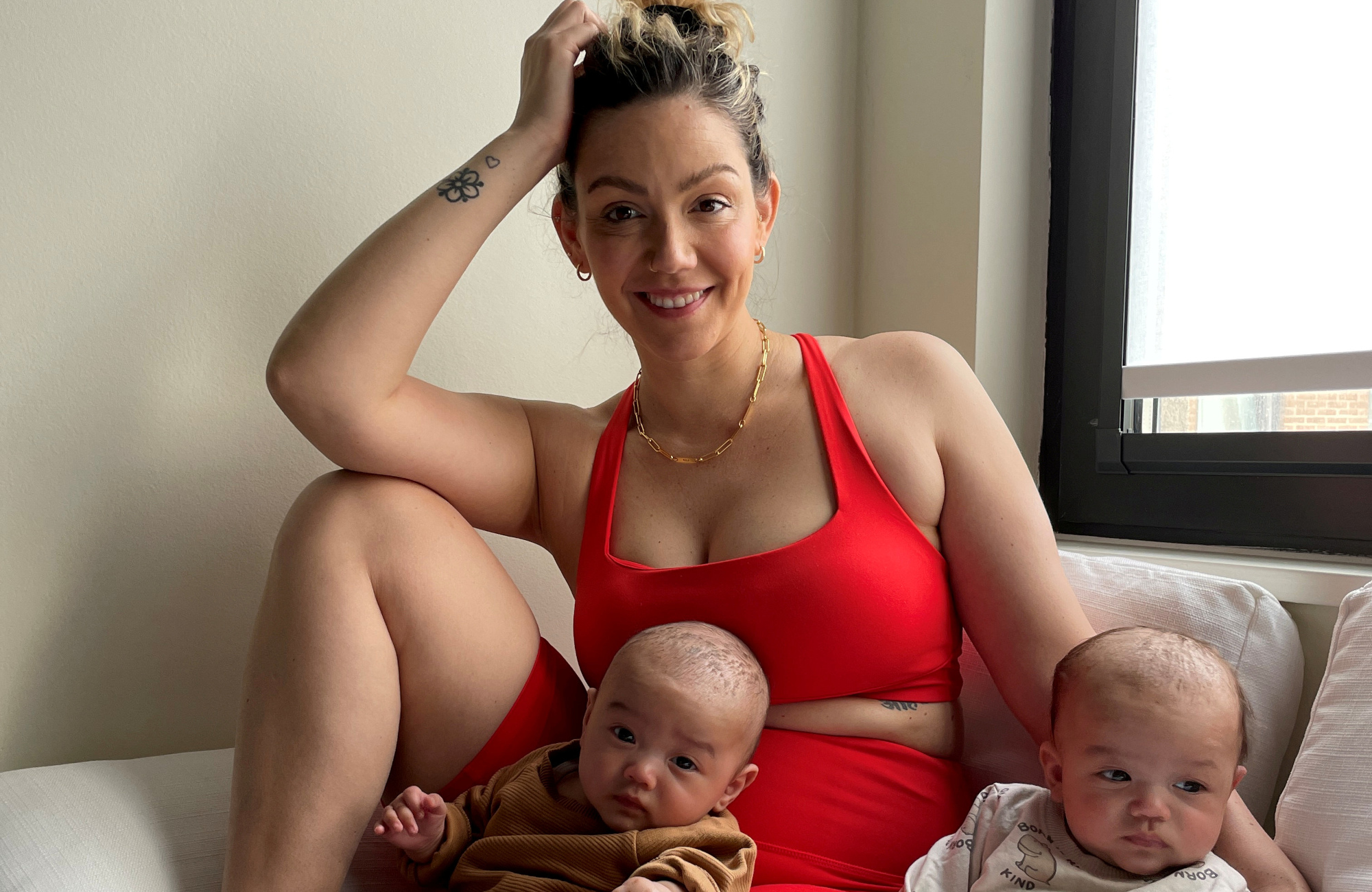 Cami Vidal with her twin sons Felix and Milo in an undated photo. Mom Cami Vidal, 35, said reminding her she ‘has her hands full’ doesn’t land in the way people think it does, even if it's well-meaning. (Cami Vidal,SWNS/Zenger)

A mom of twins has begged strangers to avoid saying one particular comment when she’s out in public with her babies–and it’s more common than you think.

Mom Cami Vidal, 35, said reminding her she ‘has her hands full’ doesn’t land in the way people think it does, even if it’s well-meaning. Sharing a post on Instagram, she explained why she doesn’t like hearing it when walking with her five-month-old twins, and begged people to stop.

The post read: “I’m saying this with love and kindness. Can you please STOP telling me my hands are full.

“I know it’s harmless and you don’t mean anything else that a funny comment but I must have heard it over a thousand times in the last five months. I would love if we could change the conversation to a more uplifting one.”

She went on to explain that instead of saying something which sounds negative, the comment could be flipped to sound more positive.

Vidal, from Barnet, north London, the U.K.’s capital, said: “Instead of telling me my hands are full, tell me how full my heart must be.

She revealed as a new mom to twins, she can become overwhelmed–and the intended lighthearted comment that her hands are full doesn’t feel supportive.

She added: “Instead maybe offer a hand, ask me how you can help or tell me I’m doing an amazing job and to keep going.”

Vidal, a meditation and yoga teacher, explained more about what she meant, and wants to educate people who might not realize the impact of the comment.

She said while it seems conversational, it can actually have a big impact. She said: “I think most people who make the comment about having my hands full don’t mean to be negative. For them, it’s just a conversation starter or a funny comment, but people don’t realize how it makes us feel.”

Sometimes people pick the wrong moment to make the comment, such as when her sons Felix and Milo start crying while she is out and about. As a first-time mom on little sleep, with minimal family support, she described how being reminded of how difficult it is can make her feel “disconnected”.

Vidal said: “It just always feels a bit negative, even though it’s not intended to be mean. But sometimes I do get a bit overwhelmed and I do need a hand and all I get is people making comments.

“Even meant as a joke, sometimes I just don’t want to have that conversation in that moment. Some people even say twins is their ‘worst nightmare’–but I have twins, and even when it gets hard, it’s not mine!”

In these situations, Vidal tries to make the situation positive and reminds them that she doesn’t see her babies as a burden. She explained: “When people do comment, I try to reply and tell them, ‘if you think my hands are full, you can see my heart!’

“I feel pure joy having my boys, I feel very lucky. I have not one but two babies. I made two humans, what’s your superpower?”

Vidal wants to educate people and encourage them to consider different ways to start a conversation that don’t feel negative. She said: “Why not tell me I’m a great mom, or I’m doing amazing, instead?”

Sometimes, people do come up to Vidal and offer a helping hand when she’s struggling–which she says feels “beautiful” rather than just making a comment about how she’s struggling. The post was liked hundreds of times and drew in countless moms expressing their agreement after going through the same experiences.

One said: “Wow you took the words out of my mouth as a BF twin mom to six-month-olds!”

Another added: “I’ve got 23-month-old twins and a 7-month-old baby. It’s all I ever hear. A kind and caring word would be a nice change.”

A third said: “I get these comments even when my two children are just over 2 years apart!”

«Previous Post
More Than Half Of Brits Like To ‘Stand Out From The Crowd’, Study Finds»Next Post
Long-Lost Bros Separated As Kids In 1945 To Be Reunited For 1st Time