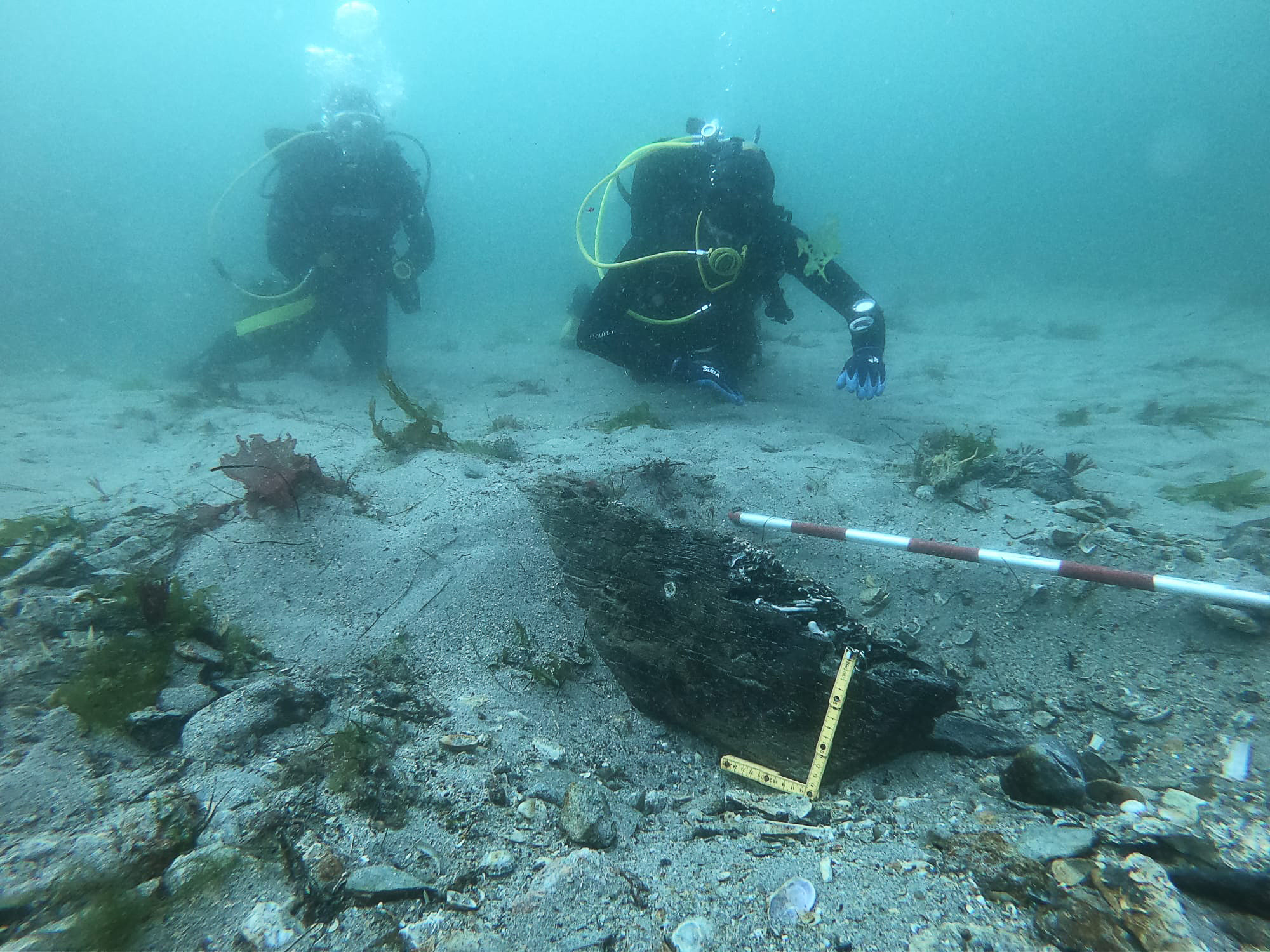 Divers explore a part of a medieval passenger boat found in the port of Ribadeo, Spain, undated. The findings represent the first material evidence of the transport used in the pilgrimage to Compostela.  (Xunta de Galicia/Zenger)

This is the moment a diver explores the remains of an ancient boat used to ferry medieval pilgrims on their way to one of the world’s holiest shrines.

The boat is said to have been used in the Route of Santiago de Compostela, a pilgrimage to the shrine of St James, one of Jesus Christ’s apostles. Carbon analysis of the L-shaped section that was used to transport passengers has dated it back to between 1050 AD and 1260 AD.

The 25-foot-long boat was discovered in the town of Ribadeo in the province of Lugo in Galicia, Spain, according to a statement Zenger News obtained from the Board of Galicia (Xunta de Galicia) on Tuesday, August 30.

The “exceptional find” was reportedly used to cross a tidal river to avoid making a lengthy land detour.

The statement added: “It is a longitudinal piece of wood carved in the shape of an L, which was deeply embedded in the sediment and which is part of a medieval passage boat that would have been based in Ribadeo, although it cannot be ruled out that it belonged to the Asturian shore.”

It was discovered during a search by Spain’s Ministry of Culture, Education, Vocational Training and Universities, according to Javier Arias, the territorial delegate of the Xunta in Lugo. He described the find as “very important.”

He added: “it provides evidence of the transport used in the pilgrimage to Compostela.”

The port of Ribadeo was an important point for pilgrims due to the site’s association with Saint Julian the Hospitaller, along with a hospital that was constructed in the area, according to the statement.

It adds: “In the Legend of Saint Julian, written around 1260, Julian appears as a pilgrim to Santiago and other holy places after escaping from his home in Angers.

“It is precisely to this moment that the dating obtained by the carbon 14 analyses carried out corresponds. The attraction of the legends on the Camino has increased the pilgrimage route along this point of the coast.

“In addition, in September 1260, a donation was made to, among other purposes, establish a ferryman in Ribadeo who would give free passage in the estuary, thus facilitating boating at this point.”