The 18 boulders are Portland limestone, and each weighs between 1,100 pounds and 3,080 pounds.
By Simona Kitanovska September 5, 2022
Facebook
Twitter
Linkedin
Email 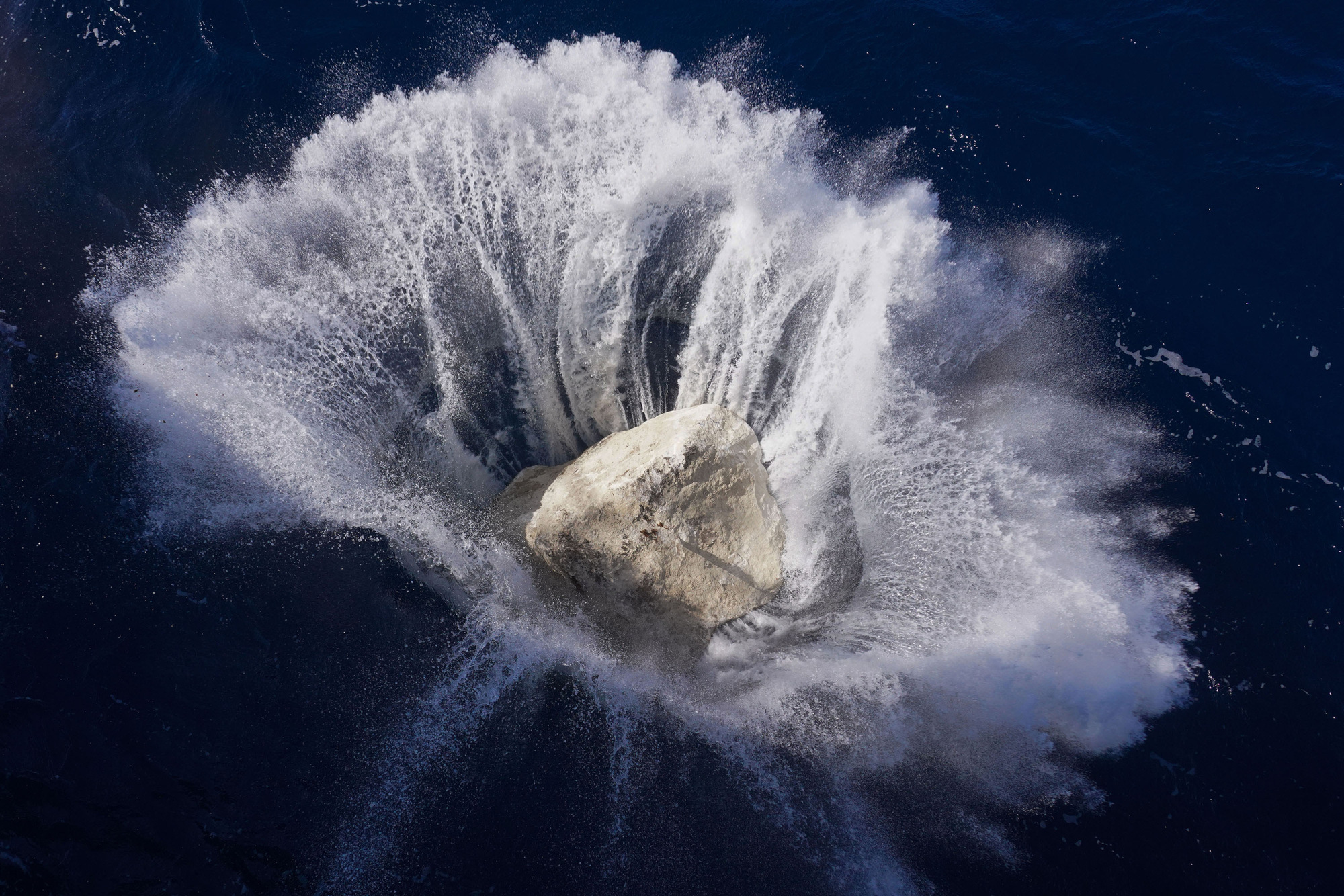 Greenpeace U.K. has placed 18 limestone boulders on the seabed in the western English Channel to block destructive industrial fishing.

On Thursday, September 1, campaigners and crew on board Greenpeace ship Arctic Sunrise sailed to the South West Deeps (East) Marine Protected Area to make a portion of the area off-limits to bottom-trawling.

According to the campaigners: “Across the entirety of the South West Deeps (East)–more than 4,600 square kilometers– there is not one meter of protection from destructive industrial fishing. It is one of the most heavily fished so-called Marine Protected Areas in the U.K.

The 18 boulders are Portland limestone, and each weighs between 500 kilograms (1,100 pounds) and 1,400 kilograms (3,080 pounds). They make it impossible for bottom-towed fishing gear to be dragged along the seabed. Artists from the Portland Sculpture and Quarry Trust created a giant ammonite sculpture out of one of the boulders, which will be placed on the seabed alongside the others. The sculptors took inspiration from the ammonite fossils found in Portland limestone.

Will McCallum, Head of Oceans at Greenpeace U.K., said: “Right now, there’s an industrial fishing frenzy happening in U.K. waters, and what’s our Government doing about it? Greenpeace U.K. has created this underwater boulder barrier as a last resort to protect the oceans. We’d much rather the Government just did their job.

“It is outrageous that bottom-trawlers are allowed to scrape along the sea bed in most of our Marine Protected Areas every single day. They destroy huge swathes of the marine ecosystem and make a mockery of our so-called ‘protection’.

«Previous Post
Ukrainian Kids Go Back To School–With Bunkers At The Ready»Next Post
Will Russia Push The Western Balkans Towards 1990s-style Instability?