Deaf Dog Rescued After Falling Down 100-Foot Ravine In California

The incident occurred while a fence was being installed around the family home.
By Alice Amelia Thomas September 5, 2022
Facebook
Twitter
Linkedin
Email 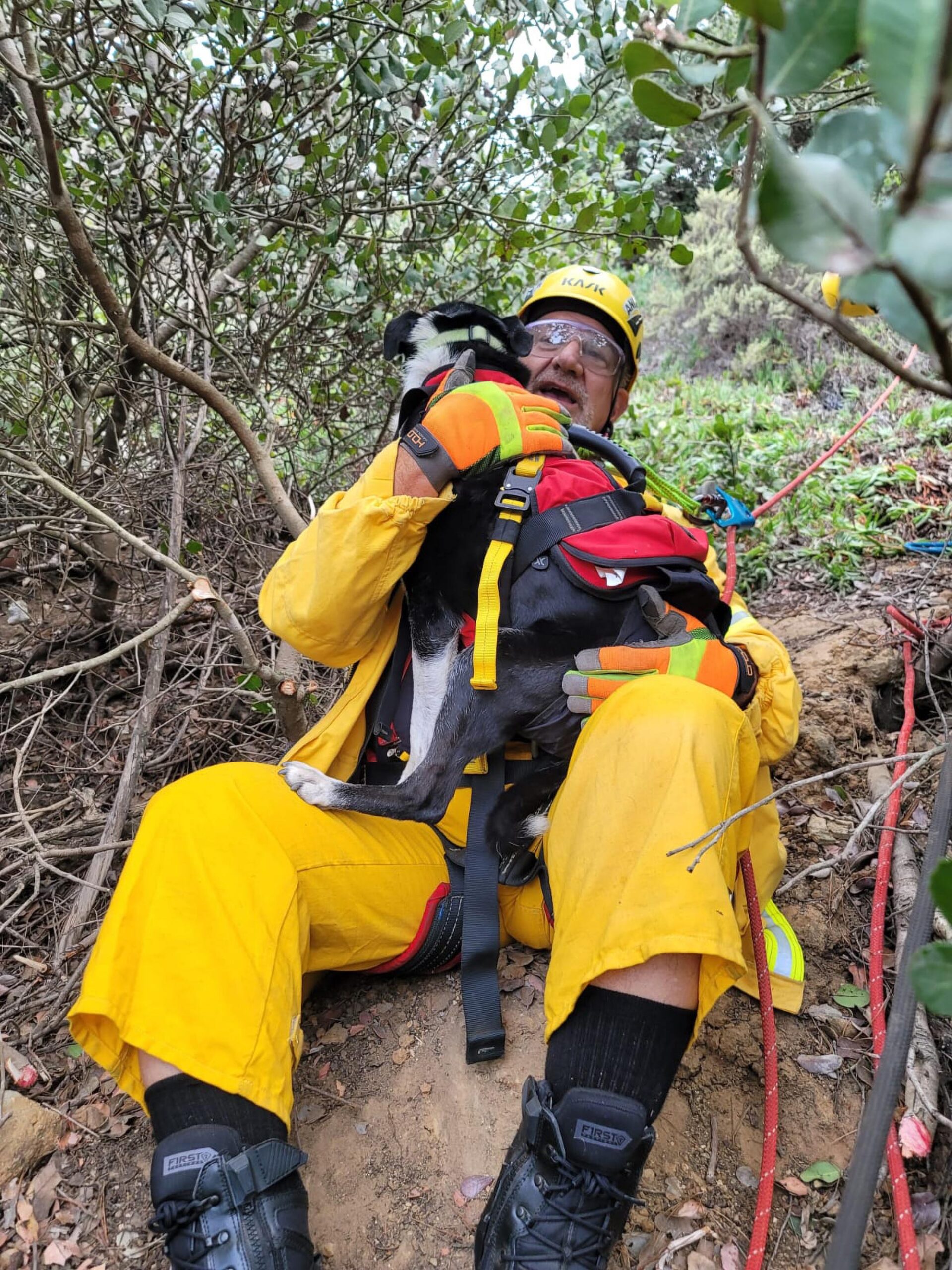 This footage shows an emergency team coming to the rescue of a deaf dog after it plunged into a deep ravine.

Rescuers said that the operation to save the dog took four hours.

Hobo, an eight-year-old Australian Shepard that suffers from impaired hearing, fell 100 feet after slipping into the ravine while walking next to a thicket near his owners’ property in the city of San Diego in the western U.S. state of California on Monday, August 29.

The incident occurred while a fence was being installed around the family home. In footage of the rescue operation, one of the brave rescuers can be seen throwing a rope down into the ravine. Other rescuers can then be seen attaching it to the stranded dog before the apparently relieved pooch is carried back up the slope to safety.

The adorable canine was rescued by the San Diego Humane Society’s Emergency Response Team after they received a call for help from Hobo’s owners just before 2 p.m. on August 29, according to a statement from the organization, obtained by Zenger News.

The statement said: “Thanks to our Emergency Response Team (ERT), a sweet deaf dog is safe at home after a frightening fall on Monday afternoon. An 8-year-old Australian shepherd named Hobo slipped into a ravine near his family’s property in Sorrento Valley, falling 100 feet down a steep hill while a fence around his home was being built.

“One of our Humane [Society’s Emergency Response Team] Officers responded to the scene first, climbing down loose rock to reach the dog. Realizing the hike up was too steep and dangerous, our officer called for backup. Members of the ERT [Environmental Response Team] Technical Response Unit rushed to the scene, setting up safety lines to rappel down the steep terrain.

“Five team members were required to cut the dog free from brush with a saw before securing him for the climb up. The rescue took four hours, and we are all so relieved that Hobo is back safe with his family!”

Hobo was taken home after the four-hour rescue mission and was reunited with his owners. The good-natured pooch appears to express his gratitude to his rescuers in a series of photos where he is seen cuddling up to the team.

In other photos, the team can be seen moments before they carried out the rescue mission of the black and white Australian Shepard after he plunged into a deep ravine.