Woman Reunites With Family After Three Years Abroad Because Of COVID

When travel restrictions lifted, she booked a surprise trip home and turned up on the doorstep to surprise her mom and dad.
By Simona Kitanovska September 2, 2022
Facebook
Twitter
Linkedin
Email 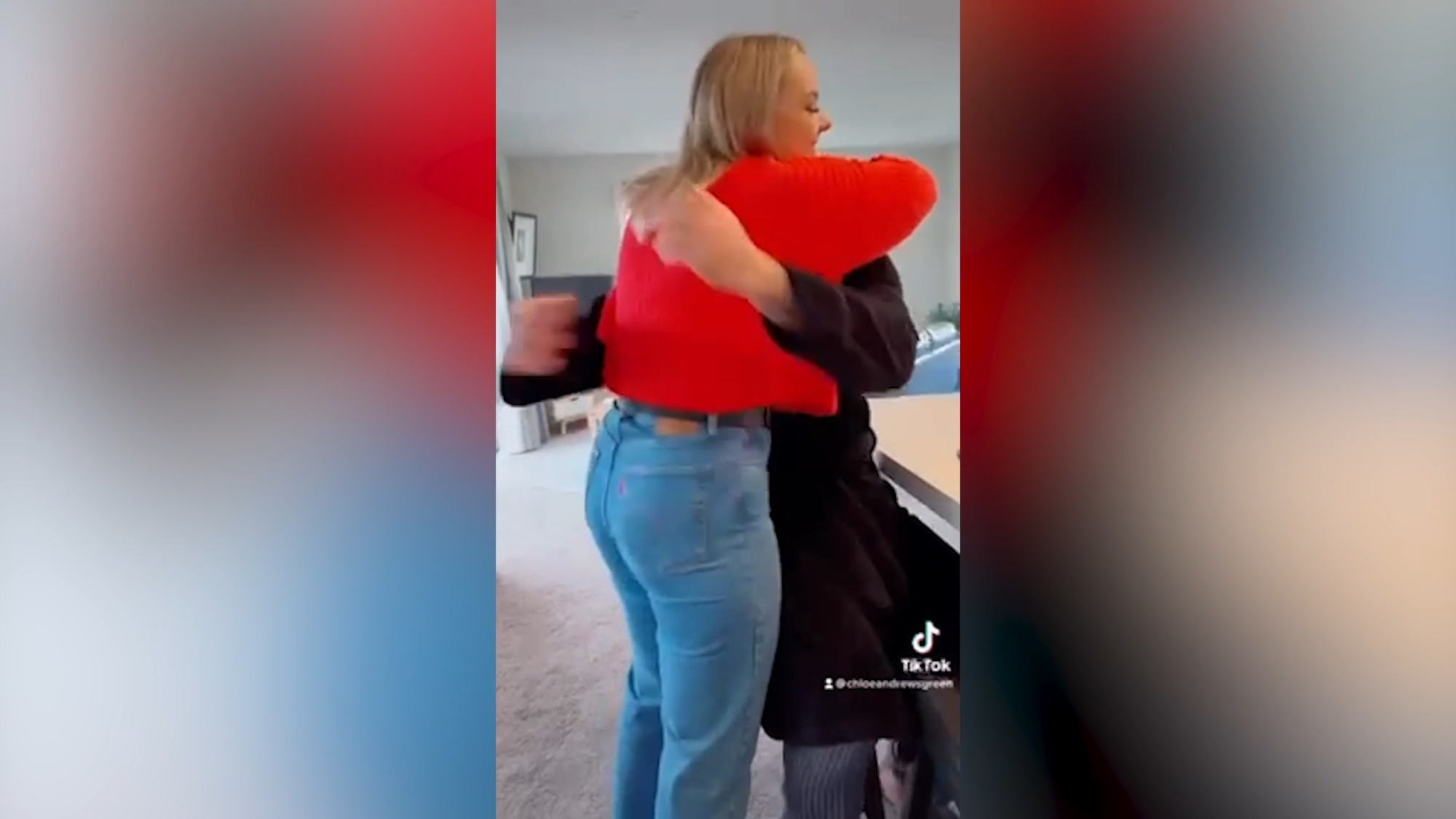 A woman shared the heartwarming moment she reunited with her family in New Zealand–after COVID restrictions left her stuck abroad for three years.

Chloe Andrews, 21, surprised her family by turning up at their front door–after not seeing them in person for three years due to COVID-19 travel restrictions. Andrews moved to Adelaide, Australia, in 2016 after her dad, Todd, 39, a strength and conditioning coach, got a new job. But at the end of 2019, her family moved back to Christchurch, New Zealand, because they wanted to be closer to their family and friends.

Andrews–who lives with her partner, Rhiannon Ellis, 26, an energy specialist–didn’t want to move back so chose to stay. But when the pandemic hit, she was kept apart from her relatives for three years. When travel restrictions lifted in April 2022, she booked a surprise trip home and turned up on the doorstep to surprise her mom and dad–who were left shocked seeing their daughter walk through the door.

Andrews, an energy specialist, from Christchurch, New Zealand, said: “When my parents left Australia to move back to New Zealand, I had just turned 19. Not many young people were living in a country alone with no family or anything–I spent a lot of time working to be independent.

“If I had been able to go back to New Zealand and visit my parents I would have been able to adjust better. When my parents left I was renting with some people in a shared house, I then moved in with my ex-partner and now I live with my new partner. If someone had told me the borders would close for years I would have moved back but I was holding on to the hope that things would go back to normal.

In a video she shared, Andrews is seen walking into the living room when her dad turns around to see her and says “Oh my God” and gives her a big hug.

“I literally wasn’t going to tell my mom and I didn’t until a month-and-a-half before. I told my auntie and my nana straight away–as we needed a lift home from the airport and somewhere to stay that night,” she said.

“I was having a crappy day and called my mom, she was asking when she would next see me and saying she was thinking of coming over. I started crying and told her how I had already booked flights but also letting her know meant she could book off work and spend time.”

Andrews said being reunited with her family was “quite literally the best feeling ever.” She said: “I think my dad has struggled the most with separation, we weren’t always super close when we lived together but I think the distance has made our father and daughter relationship stronger and made us realize how much we care for each other.

“When we finally saw each other it was the best feeling ever. I was there for 10 days, the night before I arrived my little brother, Isaac, seven, was flicking through old family photos and said to my mom how much he missed me and asked when he would see me again. When he saw me, he gasped he was so excited, the hardest part not being there has not been able to watch my brothers and sister grow up.”

Andrews was able to see her family again after Australia and New Zealand relaxed their COVID-19 restrictions in April 2021. She said: “They opened the borders up back in April 2021, and then right before my 21st birthday in August 2021 they shut the borders again as there was a massive spike.

“They then opened them again after that, but you had to have a serious reason to travel and pay for managed isolation, you had to pay to stay in a hotel which was $3,000 per person. The isolation hotel was also booked up all the time so even if I wanted to have the hotel, it was always booked up. I did have the money but it wasn’t worth sitting in a hotel for two weeks. I kept holding off and hoping it would return to normal.”

Andrews captured a series of special moments where she surprised her mom and dad, Olivie and Todd, both 39, sister, Grace, 13, and her little brothers, Isaac, seven, and Micah, five–and says she was taken aback by the reaction on social media.

She said: “I was so shocked that so many people had seen it, I expected that my friends and family would see it–I didn’t expect a quarter of a million people would view it.”