The Gallery of Statues site is located in the Cueva Mayor-Cueva del Silo Complex in the Atapuerca archeological site, in Spain.
By Georgina Jedikovska September 2, 2022
Facebook
Twitter
Linkedin
Email 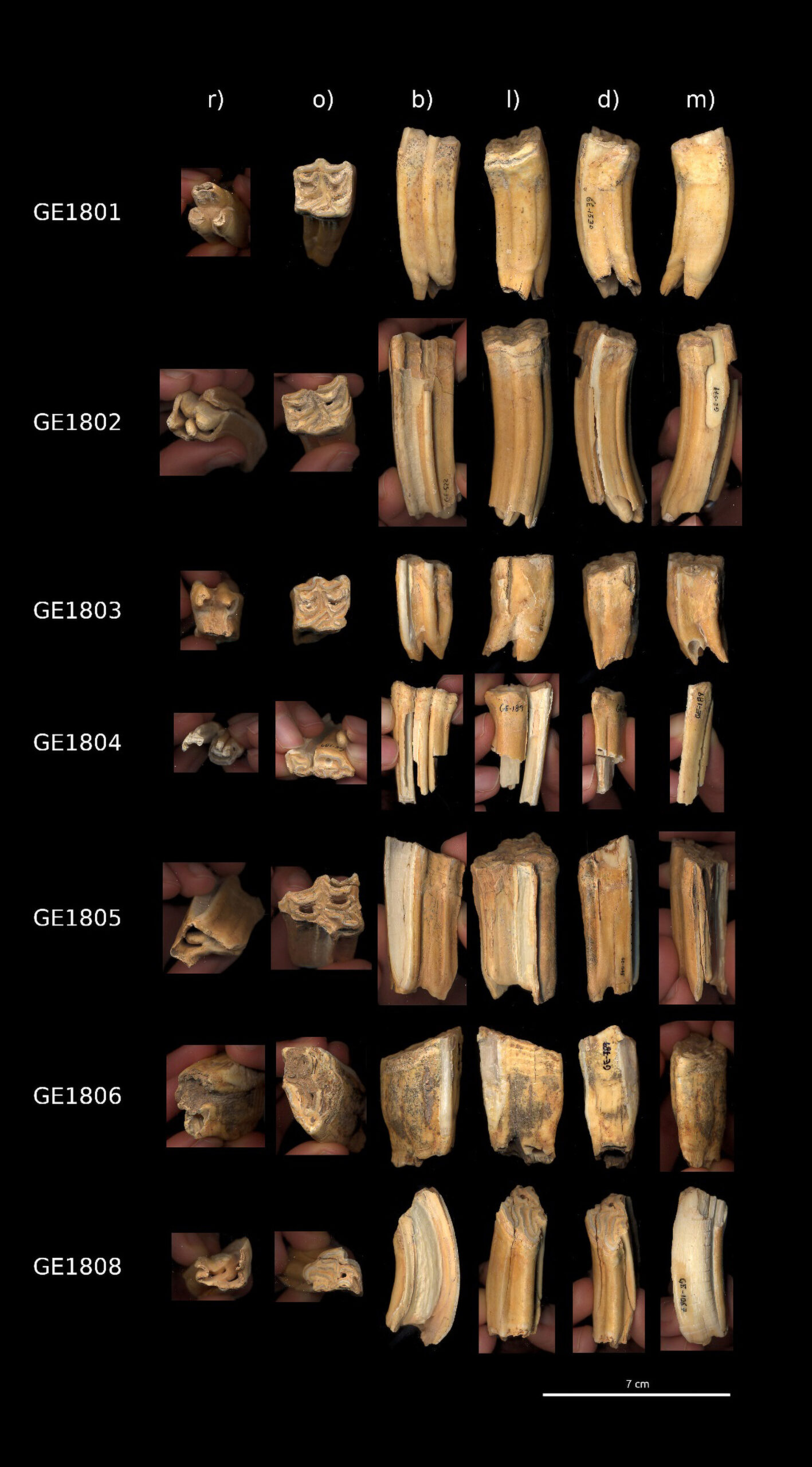 Picture shows Equus molar teeth found at the Galeria de las Estatuas site, in Atapuerca, Spain, undated. The dating of fossil teeth shows it could be one of the oldest Neanderthal sites in Spain.  (CENIEH/Zenger)

An archaeological site listed as a UNESCO World Heritage could be one of the oldest Neanderthal excavation sites in Spain with a new study saying it could date back 115,000 years.

Spain’s National Center for Research on Human Evolution–CENIEH–geochronologist Davinia Moreno said that the area dates back to between 70,000 and 115,000 years ago–making it one of the oldest ones on the Iberian Peninsula.

The article titled ESR/U-series chronology of the Neanderthal occupation layers at Galeria de las Estatuas (Sierra de Atapuerca, Spain) was authored by Moreno and other experts and was published in the peer-reviewed scientific journal Quaternary Geochronology in August, 2022.

The Gallery of Statues site–which is located in the Cueva Mayor-Cueva del Silo Complex in the Atapuerca archeological site in Burgos, a province in northern Spain–has been excavated without interruption at two test pits since 2008.

Zenger News obtained a statement from the CENIEH on Friday, August 26, in which Moreno is quoted as saying: “In general, the ages found by dating fossil teeth with the combined method ESR/U-series agree with those obtained previously using Optically Stimulated Luminescence (OSL) and single-grain thermally transferred OSL (TT-OSL), and they confirm the Upper Pleistocene chronology of the site.”

The caves of the Atapuerca Mountains yielded the first karstic system Neanderthal fossil (a foot phalanx) of the Archaeological Site of Atapuerca, as well as lithic artifacts of clear affinity to the Mousterian industry associated with the Neanderthals, along with other paleontological remains.

Moreover, Neanderthal mitochondrial and nuclear DNA could be found in the cave’s sediments on a property encompassing 284.119 hectares–702 acres.

The rich fossil reserve recording some of the earliest human beings in Europe, from nearly one million years ago and extending up to the Common Era, was registered as Property of Cultural Interest in 1991, almost a decade before being designated a UNESCO World Heritage site in 2000.

Some of the finds excavated from the Archaeological Site of Atapuerca can be seen in the nearby Museum of Human Evolution, in Burgos.

The CENIEH researcher said: “It follows that this site holds information about the Neanderthal occupations, subsistence strategies, and population dynamics in the interior of the Iberian Peninsula, and it fills the gap in the Upper Pleistocene chronologies of the Sierra de Atapuerca karstic system.”