The footage was obtained from the Armed Forces of Ukraine on Wednesday, August 31.
By Joseph Golder September 2, 2022
Facebook
Twitter
Linkedin
Email 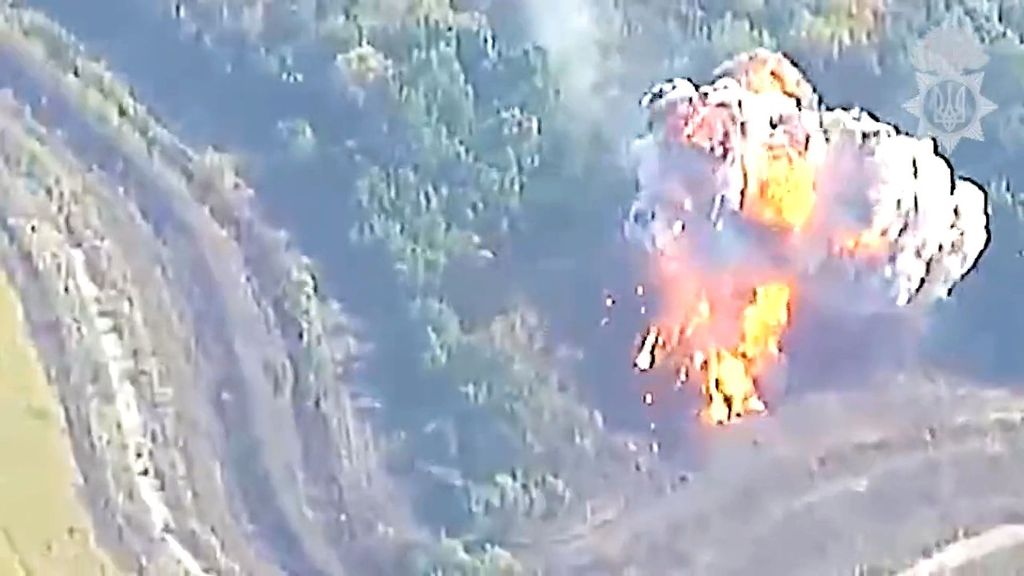 The Russian 2S3 Akatsiya a self-propelled gun explodes after being hit by Ukrainian military in the Kharkiv region in Ukraine in undated footage. The SO-152 (Russian: СО-152) is a Soviet 152.4 mm self-propelled gun developed in 1968. It was a response to the American 155 mm M109. (@ng_ukraine/Zenger)

These images reportedly show Ukrainian forces destroying a Russian self-propelled gun and its crew in the Kharkiv region.

The footage reportedly shows a Russian 2S3 Akatsiya self-propelled gun exploding as it is hit by Ukrainian ordnance.

The footage was obtained from the Armed Forces of Ukraine on Wednesday, August 31, along with a statement saying: “A Russian 2S3 Acacia self-propelled gun was destroyed in the Kharkiv region, together with the crew and ammunition.

“Air reconnaissance of the National Guard, as part of counter-battery measures, found the target, adjusted the fire of the artillerymen of the Armed Forces of Ukraine and recorded the result of their virtuoso work.

“It will be recalled that 2C3 ‘Akatia’ self-propelled guns have a caliber of 152 mm, as well as a crew of four. It has an effective firing range of 20 kilometers [12.4 miles]. Together we will win!”

The 2S3 Akatsiya is a Soviet-era weapon that is not unlike a light tank and that first entered service in the early 70s.