Shipment Of ‘Baby Wipes’ Was $11.8 Million Worth Of Cocaine 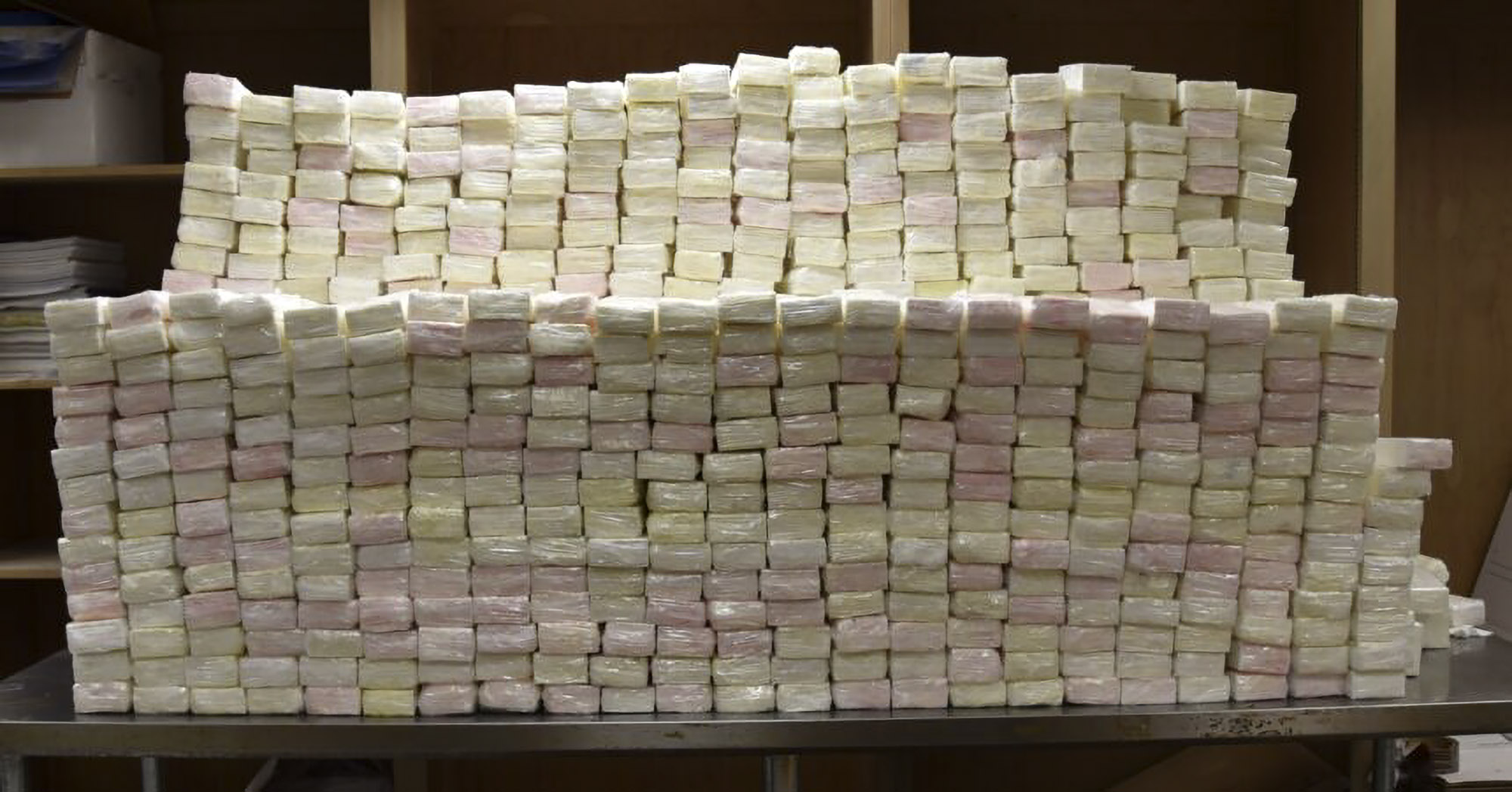 Photo shows packages containing nearly 1,533 pounds of cocaine seized by CBP officers in a tractor trailer at Colombia-Solidarity Bridge in the city of Laredo, Texas, U. S., on Friday, Aug. 26, 2022. The narcotics had an estimated street value of $11,818,400. (CBP/Zenger)

An alleged shipment of ‘baby wipes’ stopped at the U.S.-Mexico border turned out to be $11.8 million worth of cocaine.

U.S. Customs and Border Protection (CBP) officers made the seizure at the Colombia-Solidarity Bridge in Laredo, Texas, on Friday, August 26. The drugs were spotted when a trailer truck claiming to be full of baby wipes was sent for a second inspection by officers from CBP’s Office of Field Operations.

Officers used a sniffer dog and technology to discover that the vehicle actually contained 1,935 packages containing between them some 1,533 pounds of cocaine. They seized the illicit shipment, which is being probed by U.S. Immigration and Customs Enforcement-Homeland Security Investigations.

In a statement obtained by Zenger News on August 29, CBP said: “U.S. Customs and Border Protection (CBP), Office of Field Operations (OFO) officers seized cocaine in one enforcement action over the weekend that totaled over $11,800,000 in street value.”

Port Director Alberto Flores, Laredo Port of Entry, said: “Officers assigned to CBP cargo facilities ensure effective border security by preventing and countering the flow of suspected narcotics entering the country. This seizure is a prime example of border security management and how it helps prevent dangerous narcotics from reaching our communities.”

The statement continued: “The seizure occurred on Friday, August 26, 2022, at the Colombia-Solidarity Bridge when a CBP officer referred a 2016 Stoughton trailer manifesting a shipment of baby wipes for a secondary inspection. The truck was referred for a canine and non-intrusive inspection system examination, resulting in the discovery of 1,935 packages containing 1,532.65 pounds of alleged cocaine within the shipment.

“The narcotics had an estimated street value of $11,818,400. CBP seized the narcotics. U.S. Immigration and Customs Enforcement-Homeland Security Investigations (ICE-HSI) special agents are investigating the seizure.”

According to the CBP’s latest drug seizure statistics, the drug most seized on the Mexico-United States border is marijuana, followed by methamphetamine. Cocaine is the third most seized drug on the Southwest Border, with 26,739 pounds seized in 2021 and 18,271 pounds seized from January to July this year.

Cocaine is a white crystalline alkaloid that is obtained from the leaves of the coca plant, a bush commonly found growing wild in Peru, Bolivia, and Ecuador. When ingested in small amounts it produces feelings of well-being and euphoria.

However, when taken in larger amounts and upon prolonged and repeated use, it can produce depression, anxiety, and numerous other problems, including convulsions that can cause death.