When boats venture into waters populated by dolphins it is very common for them to interact with the vessel and those aboard.
By Simona Kitanovska September 2, 2022
Facebook
Twitter
Linkedin
Email 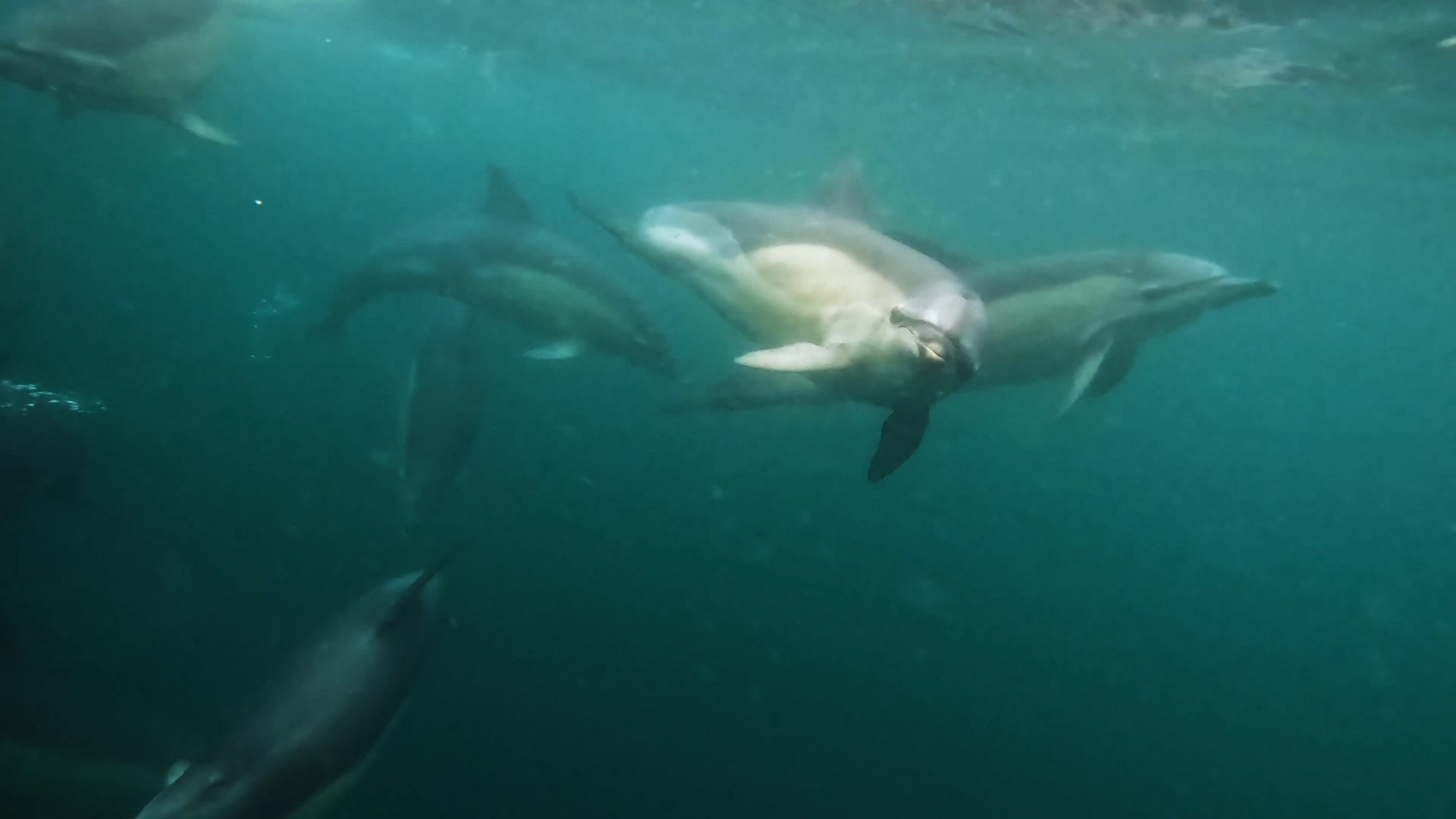 A pod of common dolphins off Britain were caught “chatting” when a wildlife photographer filmed them underwater, after being followed by the group.

The creatures were heard after they uttered an array of “whistles and clicks” as a GoPro camera was followed by the curious members of the pod. Rosie Barrett, 25, captured the moment while on a trip that started in Gairloch, a fishing community in northwest Scotland, in the U.K.

Barrett regularly goes out on whale and dolphin spotting adventures and has filmed and photographed many amazing creatures, including orcas. She said: “We had a lovely pod of common dolphins come bounding over towards the boat. They were bow riding as well as swimming circles around the boat and leaping out next to us lots of times.

“They were so playful and didn’t want to leave us, becoming very vocal and you could really, clearly hear them from being on board our boat. That is when I decided to stick my GoPro over the side to see if I could capture the action from below the water!”

When boats venture into waters populated by dolphins it is very common for them to interact with the vessel and those aboard. She added: “Boats create a kind of pressure wave that a lot of dolphins love to play on. Each encounter is different and every dolphin can decide for themselves if they want to come over.

“Some like to cruise past and carry on and some come over to play! This encounter was so magical though, to hear them talking away was just incredible and will live with me forever!”

Although it’s not out of the ordinary for these common dolphins to be seen, them being so vocal is something special according to Barrett. She added: “Common dolphins are the most common species of dolphin that we see in this area and we see them on most trips at Hebridean Whale Cruises.

“But to have them so interested in the boat and vocalizing so loudly is not very common!”

Barrett had said that having watched the footage back and realizing that the dolphins were so vocal was something very special to her.

“I couldn’t believe the camera had picked up the sound of the dolphins so well, not to mention not even knowing that one of the dolphins had taken a particular interest in my camera.

“I was just enjoying watching them from the boat and wasn’t entirely focused on where my GoPro was pointing! If I am ever feeling sad, I watch this video and the dolphin’s smiley face makes me very happy.”

Barrett rushed to share the clip with the world after the discovery after watching it back due to the exciting nature of the dolphins’ symphony and communication. She explained: “Generally, Dolphins make two sounds, whistles and clicking.

“Clicking is used to sense surroundings through echolocation and whistles are generally used to communicate with each other. It is also thought that dolphins have a ‘signature whistle’ which is used to identify individuals.

“This vocalization isn’t something that is always lucky enough to be heard. I certainly have not heard it like this before and I have been working for Hebridean Whale Cruises since May and have encountered SO many Common dolphins since then. By far, my best encounter! I feel very lucky to have had this opportunity. I love dolphins.”

Barrett is a self-taught wildlife photographer and filmmaker, who originally hails from Benfleet, a town located in Essex, in southeast England, but now lives in Scotland’s Gairloch, where she also works for Hebridean Whale Cruises.

Her passion for documenting wildlife started six years ago and carries on to this day as she continues to travel around the country capturing pictures and videos of animals both on land and in the sea. She has even been shortlisted for the Natural History Museum’s “Rising Star” award for 2022.