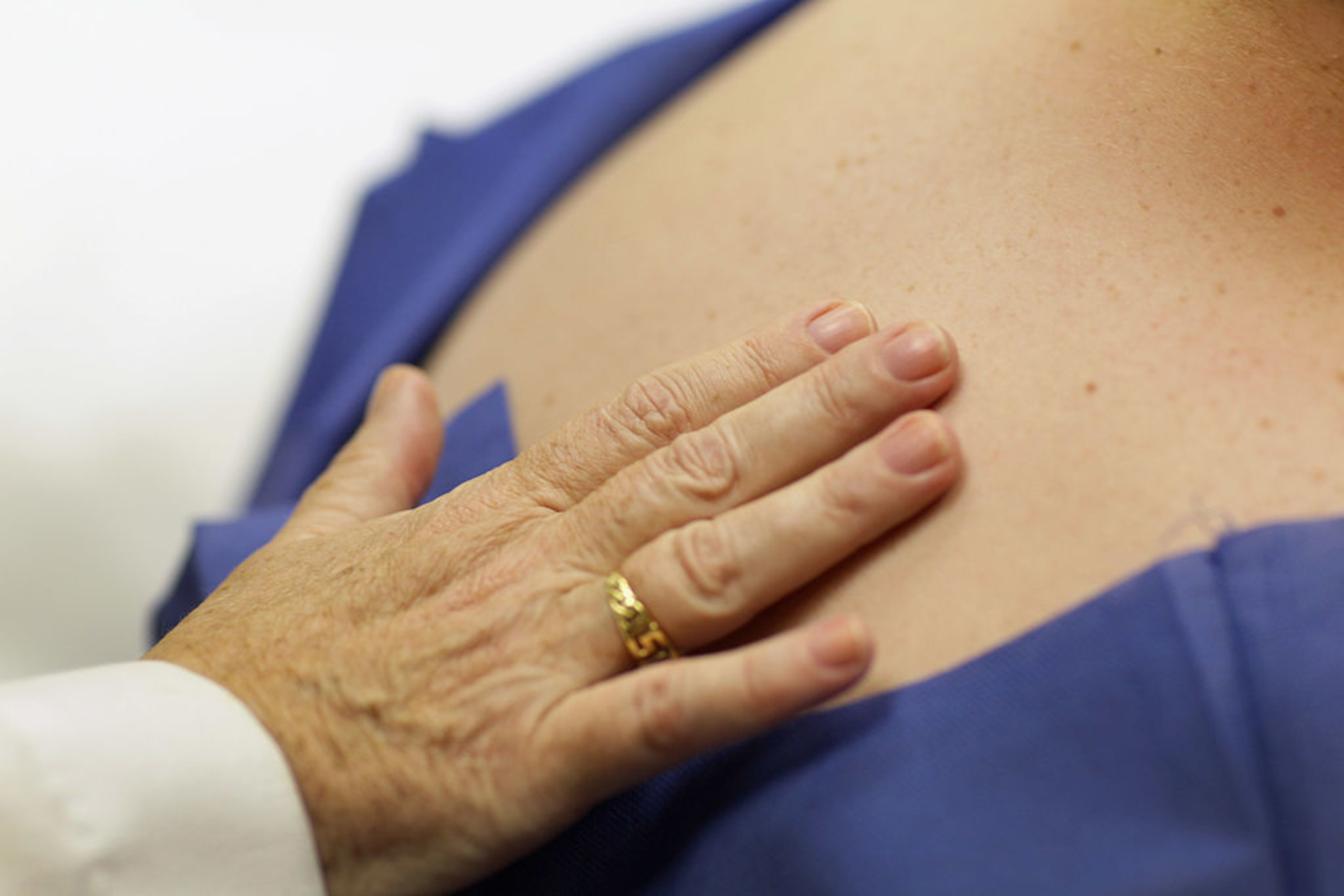 Doctor Antonella Tost, Dermatologist University of Miami School of Medicine, examines Michael Casa Nova,12, for symptoms of skin cancer due to sun exposure on June 15, 2011 in Miami, Florida. Scientist have made a recent scientific breakthrough which could lead to new treatments for the most severe form of skin cancer. (Photo by Joe Raedle/Getty Images)

New treatments for the most severe form of skin cancer could be developed after a major scientific breakthrough.

Melanoma is one of the most common cancers worldwide, with an estimated 99,780 new cases diagnosed in 2022. Now American scientists have discovered that inhibiting a key metabolic enzyme “shows promise” in tackling melanoma.

Researchers at Sanford Burnham Prebys in California have shown for the first time that inhibiting the enzyme selectively kills melanoma cells and stops tumor growth. The research, whose findings were published in the journal Nature Cell Biology, say their findings could lead to a new class of drugs to selectively treat melanoma.

Study leader Professor Ze’ev Ronai, director of the Cancer Center at Sanford Burnham Prebys, said: “We found that melanoma is addicted to an enzyme called GCDH. If we inhibit the enzyme, it leads to changes in a key protein, called NRF2, which acquires its ability to suppress cancer. Now, our goal is to find a drug, or drugs, that limit GCDH activity, potentially new therapeutics for melanoma.”

Because tumors grow rapidly and require lots of nutrition, scientists have been investigating ways to starve cancer cells. However, as promising as the approach may be, the results have been less than stellar. Denied one food source, cancers invariably find others.

Prof. Ronai explained that GCDH, which stands for Glutaryl-CoA Dehydrogenase, plays a “significant” role in metabolizing lysine and tryptophan, amino acids that are essential for human health. When the team began studying how melanoma cells generate energy from lysine, they found GCDH was “mission-critical.”

“However, harnessing energy from this pathway requires cancer cells to quench toxic waste produced during this process. It’s a six-step process, and we thought the cells would need all six enzymes. But it turns out only one of these enzymes is crucial, GCDH. Melanoma cells cannot survive without the GCDH portion of the pathway.”

Prof. Ronai said: “We’ve known for a long time that NRF2 can be both a driver and a suppressor of cancer. We just didn’t know how we convert NRF2 from a driver to suppressor function. Our current study identifies the answer.”

The researchers also found that inhibiting GCDH was rather selective for melanoma tumors. Similar efforts in lung, breast and other cancers had no impact, probably because those cancers may be addicted to other enzymes. The team believe that GCDH-poor tumors may also be vulnerable to high-protein foods, setting up a potential dietary treatment.

The Ronai lab is now working with scientists at the Conrad Prebys Center for Chemical Genomics at Sanford Burnham Prebys to identify small molecule GCDH inhibitors that could be the starting point for future melanoma treatments.

Dr. Verma added: “In the study, we used genetic approaches to inhibit GCDH, which provide the proof of concept to search for small molecules inhibitors. Indeed, we are actively searching for potential drugs that could inhibit GCDH, which would be candidates for novel melanoma therapies.”