Ukrainian Major Fityo Volodymyr confirmed that the footage was authentic and that the information was accurate.
By Joseph Golder September 2, 2022
Facebook
Twitter
Linkedin
Email 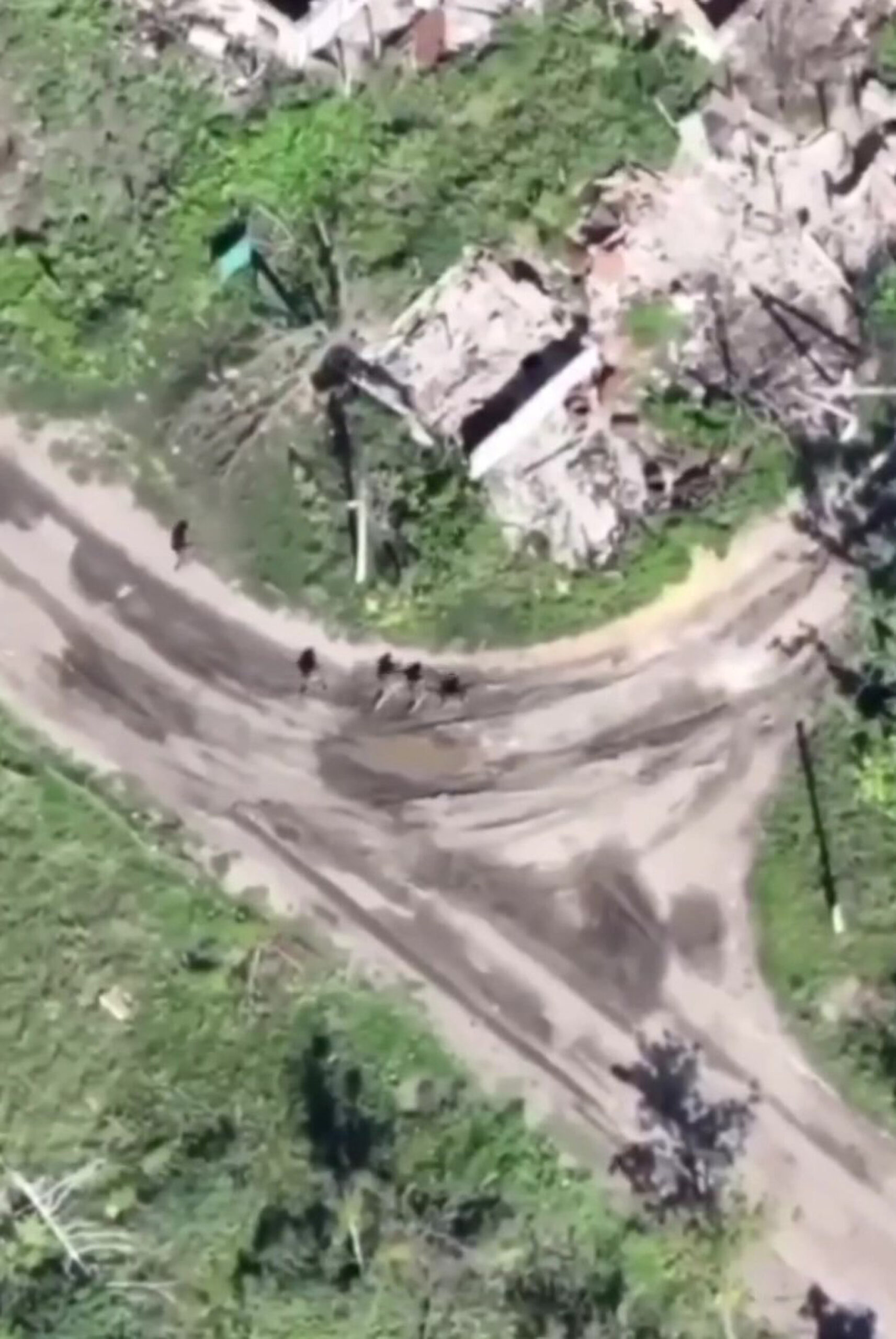 Picture shows Russian soldiers before they were destroyed by the fighters from the 93rd Brigade in the eastern Ukraine in undated footage. The 93rd brigade traces its history back to the 93rd Guards Rifle Division of the Soviet Union's Red Army, formed at Valuki in April 1943 from 13th Guards and 92nd Rifle Brigades. (@UkrainianLandForces/Zenger)

This footage shows a group of Russian soldiers being hit by Ukrainian ordnance in eastern Ukraine.

The images were obtained from the ground forces of the Armed Forces of Ukraine on Thursday, September 1, and show a group of Russian soldiers being hit by Ukrainian ordnance.

Major Fityo added that the operation was carried out by the 93rd Brigade of the Ukrainian Ground Forces and that it took place on Ukraine’s eastern front.