Health bosses at Manchester University NHS Foundation in England, in the U.K., refused to give the young boy a transplant.
By Simona Kitanovska September 2, 2022
Facebook
Twitter
Linkedin
Email 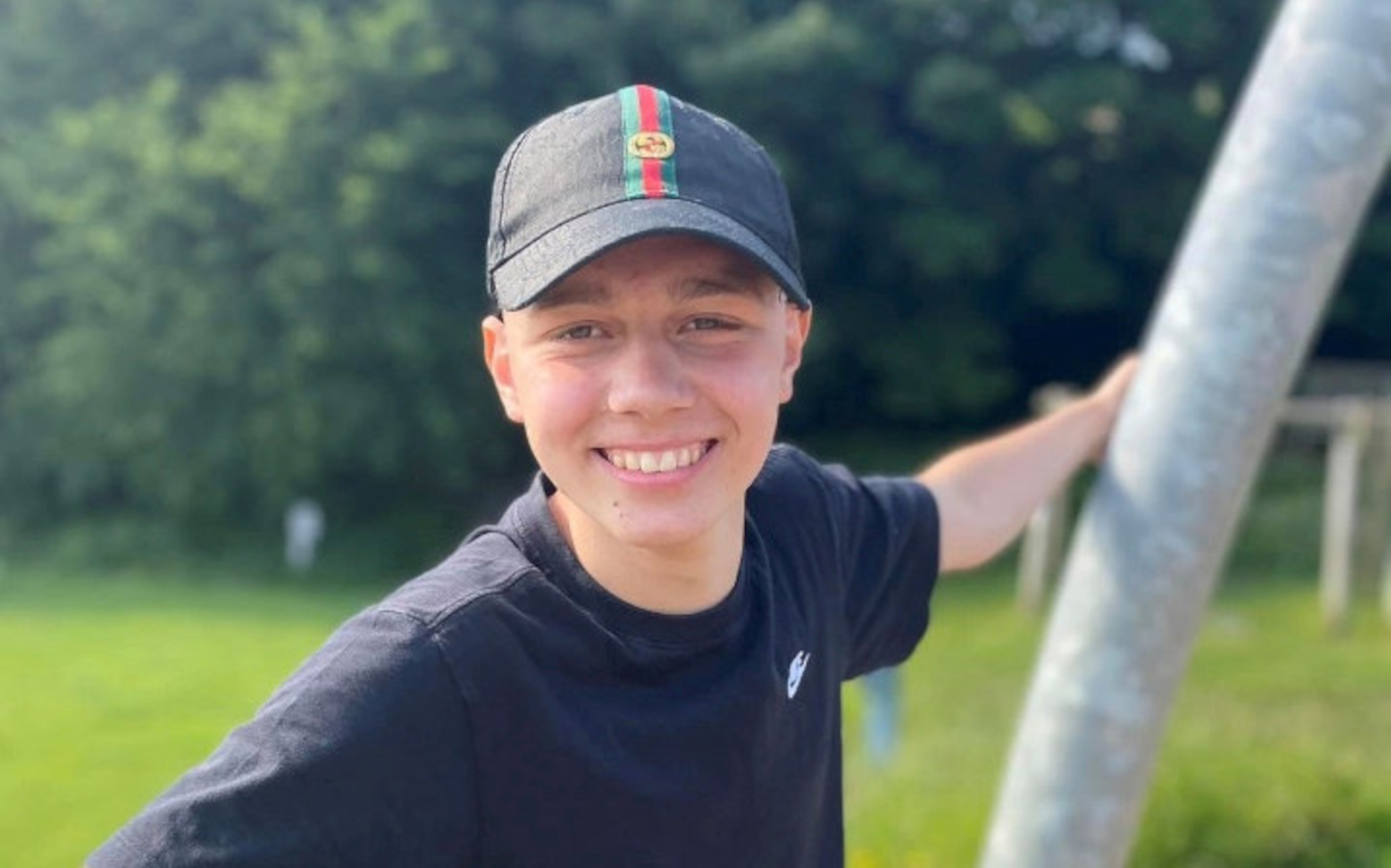 Willian Verden poses in an undated photo. The teenager, who suffered from a rare kidney disease and was forced to go to court to secure him a life-saving transplant, has now come of out surgery and fully recovering. (Amy McLennan,Irwin Mitchell.SWNS/Zenger)

The mother of a teenager with a rare kidney disease, who was forced to go to court to secure him a life-saving transplant, has revealed that he has had the operation it has been a success.

William Verden, 17, was diagnosed with a rare kidney disease called Focal Segmental Glomerulosclerosis in December 2019. He was being kept alive through dialysis, but his family were sadly told that he only had 12 months at most to live before the treatment would stop working. It was advised that he would need a kidney transplant to live.

But health bosses at Manchester University NHS Foundation in England, in the U.K., refused to give the young boy a transplant as they did not think it was in his best interests.

His mother, Amy McLennan, 45, believes he was denied the life-saving operation as he finds dealing with medical treatment difficult because he is autistic and has ADHD. But now, after a ruling by a judge in the Court of Protection in March 2022, the teen has had the transplant, and it has been a success.

Despite spending the first 18 days sedated in intensive care and suffering from a blood and urine infection, he has now been taken off a ventilator. He can also now get out of his bed, play on a games console and can almost stand unaided. There is also currently no sign of the kidney disease coming back.

His mother said: “The last few weeks have been a whirlwind and a real roller-coaster of emotions. The hardest thing you ever have to do as a parent is watch your child be so poorly, especially when there’s nothing you can really do to fix them.

“However, I was never going to give up on William. There have been some tough times over the last few weeks and it’s been touch and go as to whether William would pull through.

“I’m so proud of how William has continued to fight this battle. While he still faces challenges he’s awake and I can’t really quite believe the progress he’s making.

“He’s able to get out of bed and almost stand by himself. Receiving the news that a donor had been found happened so quickly that we weren’t really able to tell William.

“When he woke up I told him we’d been on an adventure and picked him up a kidney. He keeps asking where the kidney is from and when we tell him he says ‘that’s so kind.’

“We’re not getting ahead of ourselves but we just hope he continues his progress and we can get him home at some point in the near future. If everything goes as hoped this will mean William won’t need any more dialysis and he can start looking to the future and things such as going back to college.

“The joy of William’s transplant will always be tempered by what another family have had to go through to give William this chance. We’ll always be grateful for their selflessness and generosity. William calls it a special gift but it’s the biggest gift anyone could give. Words can’t thank them enough.”

The family have previously urged for potential donors to step forward, after several relatives were not a match. But at the start of August, the family were informed that a match had been found, something that the boy described as “best gift I have ever received.”

He said: “To my donor’s family who sadly lost their loved one, thank you for saving my life. You gave me life when my life was almost over.

“You gave me the last thing you could ever give and I’ll be forever so grateful. We were brought together in tragedy and while I don’t know you we’re now part of each other.

“It’s because of you that I can live my best life. Please take comfort in knowing you’ve changed my life in so many ways. This is the biggest gift I’ve ever received.”

Focal Segmental Glomerulosclerosis affects around seven in one million people, and it attacks the kidneys’ filtering units, causing scarring that leads to permanent damage. It can also sometimes lead to organ failure. Before the transplant, the boy’s kidney function was around just five percent.

Liz Davis, the specialist medical treatment disputes and human rights lawyer at Irwin Mitchell said: “All Amy wanted was to offer William the best chance of recovery and the opportunity to live. People with learning disabilities and autism shouldn’t be treated differently and deserve access to the best possible treatment.

“Amy, ourselves and the court all believed a kidney transplant was in William’s best interests. We’ve continued to support the family since the ruling. While the circumstances of William receiving a kidney are bittersweet for the family, in that it has come from a deceased donor, it’s brilliant news to hear that William has received the transplant he so desperately needed.

“It’s also great to hear that William is making such progress from major surgery and we hope he continues to do over the coming weeks in order to thrive.”