All Turtles At Recovery Center Found To Have Ingested Plastic 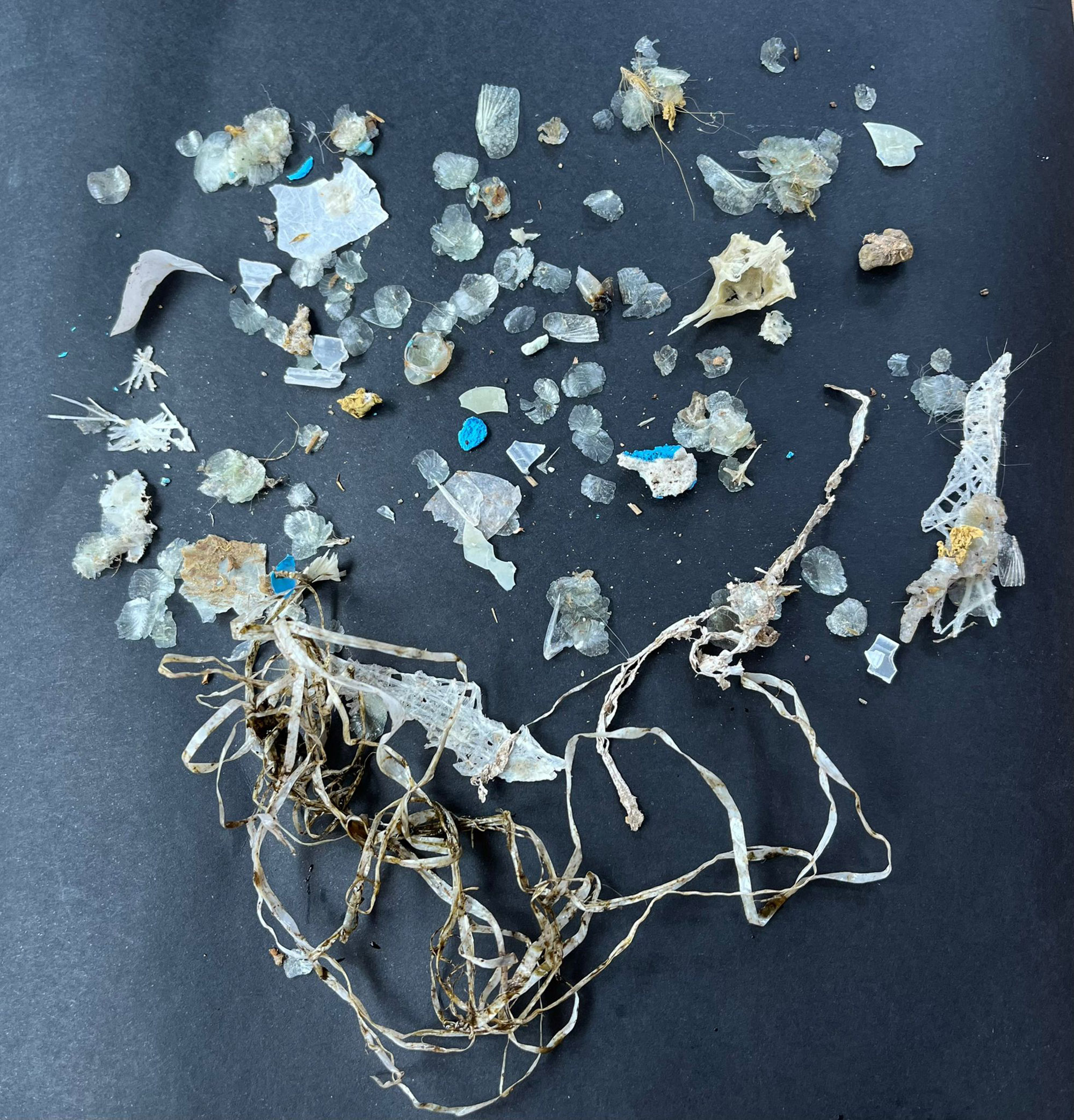 Pictures shows the microplastics ingested by the turtles recovered in the La Tahonilla Wildlife Recovery Center, in Tenerife, Spain, undated. All the turtles treated at the centre have ingested plastic throughout their lives. (Cabildo Insular de Tenerife/Zenger)

A worrying new report has shown that all turtles treated at an animal recovery center in Tenerife have ingested plastic.

Plastic traces were found in stool samples from every turtle at the La Tahonilla Centre for the Recovery of Wild Fauna in San Cristobal de La Laguna, Spain. The recovery center said that the probability of a turtle dying increases by 20 percent if it ingests a piece of plastic.

This probability increases the more plastic the turtle ingests. Ingesting microplastics causes turtles to accumulate gas, which, in turn, gives them buoyancy problems, said the center.

Larger plastics are also problematic, with the center also giving the example of one turtle found with traces of nylon in its anus. Microplastics are officially defined as plastics less than 0.2 inches in diameter. Standard water treatment facilities cannot remove all traces of microplastics, which contain highly toxic and harmful chemicals.

In a statement obtained by Zenger News on August 31, the Island Council of Tenerife said: “All turtle specimens treated at the La Tahonilla Center for the Recovery of Wild Fauna have ingested plastic throughout their lives, and this is evidenced by the presence of this material in their feces collected while they are in the center, as well as in the filters of the recovery pools.”

Isabel Garcia, councilor for Management of the Natural Environment of the Island Council, said: “Contamination by microplastics is a serious problem that affects the waters of the seas around the world.”

She added: “In La Tahonilla the presence of these materials is evident, as the turtles that recover in the center are often affected by entanglement in nets or bags and, as is the case, pieces of plastic in their digestive system, so society must be extremely careful in the management of waste, especially in a territory so close to the sea.”

Alejandro Suarez, veterinarian at La Tahonilla, said: “Sea turtles are one of the species most affected by plastic pollution in their natural habitat, as this material is often confused with food such as algae and jellyfish. It should be noted that it has been determined that the probability of a turtle that ingests a piece of plastic dying increases by 20 percent, and the more it eats, the more this increases.”

The statement continued: “At the Center, a subsidiary of the Department for Management of the Natural Environment of &ZeroWidthSpace;&ZeroWidthSpace;the Island Council, veterinary care is given to specimens of sea turtles affected by various pathologies. Remains of microplastics continue to be found in the filters of the swimming pools of the center’s facilities, in which the turtles are periodically rehabilitated, proof of their constant ingestion in their natural environment.”

Suarez said: “Due to the continuous ingestion of microplastics, the gastrointestinal microbiota of animals is altered, which alters their digestion and causes them to accumulate gas, causing buoyancy problems in the sea, which makes them unable to continue feeding.”

The statement continued: “These plastics are composed of different substances, among which can be found toxic substances, which affect turtles in various ways.

“Likewise, the consumption of macroplastics also alters digestion and produces physical changes in the digestive system of this species. An example of this is the case of a loggerhead sea turtle that entered the recovery center with traces of nylon in its rectal opening.”