The man initially thought the watch was faulty and didn't take much notice of the readings.
By Simona Kitanovska September 2, 2022
Facebook
Twitter
Linkedin
Email 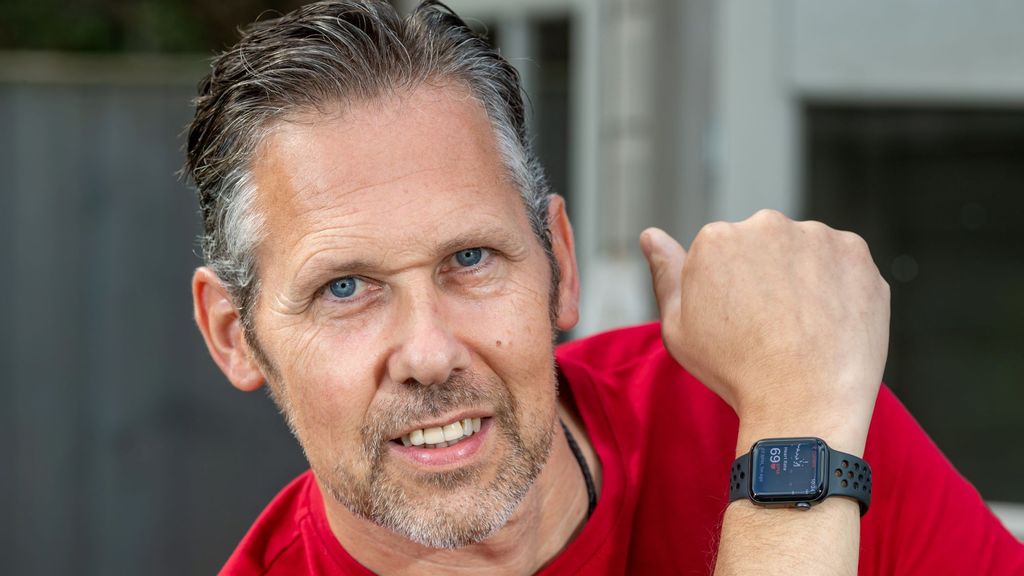 David Last with his apple watch that saved his life poses in an undated photo. Last says his smartwatch saved his life when it alerted him to his dangerously low heart rate, after his heart stopped 138 times in 48 hours.(David Last, SWNS/Zenger)

Meet the man whose smartwatch saved his life when it alerted him to his dangerously low heart rate, after his heart stopped 138 times in 48 hours.

Last initially thought the watch was faulty and didn’t take much notice of the readings, despite his wife urging him to get checked out. Eventually, the dad-of-four went to see his doctor who referred him to a cardiologist at Norfolk and Norwich University Hospital in England, in the U.K., where he was booked in for an MRI scan in May.

The MRI results came back two months later and Last was referred back to the consultant, who quickly gave him a 48-hour ECG test to monitor his abnormal heart rate.

Last only then realized something was desperately wrong when he had five missed calls from the hospital asking him to come back in as a matter of urgency. He was told that he had third-degree heart block, after the junction box in his heart had worn down and he was at risk of sudden cardiac death.

Last underwent life-saving surgery to fit a pacemaker in his heart, which keeps his heart beating in rhythm, on August 12 at Norfolk and Norwich University Hospital and says he’s feeling “relieved” and has “a lot more energy”.

Last, an IT developer from Norfolk, said: “My wife keeps saying that she saved my life, and she’s not wrong. If she hadn’t had bought me my Apple watch for my birthday, I wouldn’t be here.

“I will always be eternally grateful to her for it. Apart from charging it, it’s always staying on me now. It’s incredible that it can monitor your heart rate and alert you if there is a problem.”

After undergoing a series of tests and scans, Last arrived at Norfolk And Norwich University Hospital and was told the severity of the situation.

He said: “The hospital sounded really panicky on the phone. As soon as I got there, they had a bed ready immediately.

“I got the watch in April so if I hadn’t done anything it could have been really bad. The pre-surgery consultation explained that my case was unusual, and they had extensive meetings about what they were going to do.

Last learned that this would happen mainly while he was asleep, causing another part of his heart to kickstart the blood flow, before the process would repeat. Last married his wife in-between his MRI and ECG tests on June 18, unaware of the seriousness of the issue, with Last describing it as “life as normal.”

“I had no symptoms whatsoever. We even went to Italy for 10 days for our honeymoon, I had no idea anything was wrong. Even the doctors were amazed,” he said. Last spent two nights in hospital before having surgery for cardiac resynchronization therapy, also known as a three-lead pacemaker, on August 12.

Last’s surgery involved making a pocket in his upper chest, to implant the pacemaker disc and then feeding the wires through the veins and attaching them to the top and bottom of the heart, and he was told it was successful. His newly-fitted device will now sense any abnormal rhythms and help both heart ventricles pump blood in sync.

But because of the electrical activity, Last can now no longer use the induction hob in his kitchen. An active man, Last said he and his family have never had any history of heart complications.

He said: “I’m really active–I walk and use the treadmill at home a lot. We’ve never had any heart problems in the family at all. So I was quite shocked when I found out. It hasn’t really sunk in yet.”

Last spent the rest of the afternoon recovering in the hospital after the surgery before being discharged, and said if it wasn’t for his wife, he wouldn’t be here.

Last said: “Sarah really looked after me. She keeps saying how proud of herself she is–and she should be, she saved my life.” He confirmed that he’s feeling much better and returned to work this week.