The woman had to learn to walk again and was on kidney dialysis for five months before she was finally able to come home.
By Simona Kitanovska September 1, 2022
Facebook
Twitter
Linkedin
Email 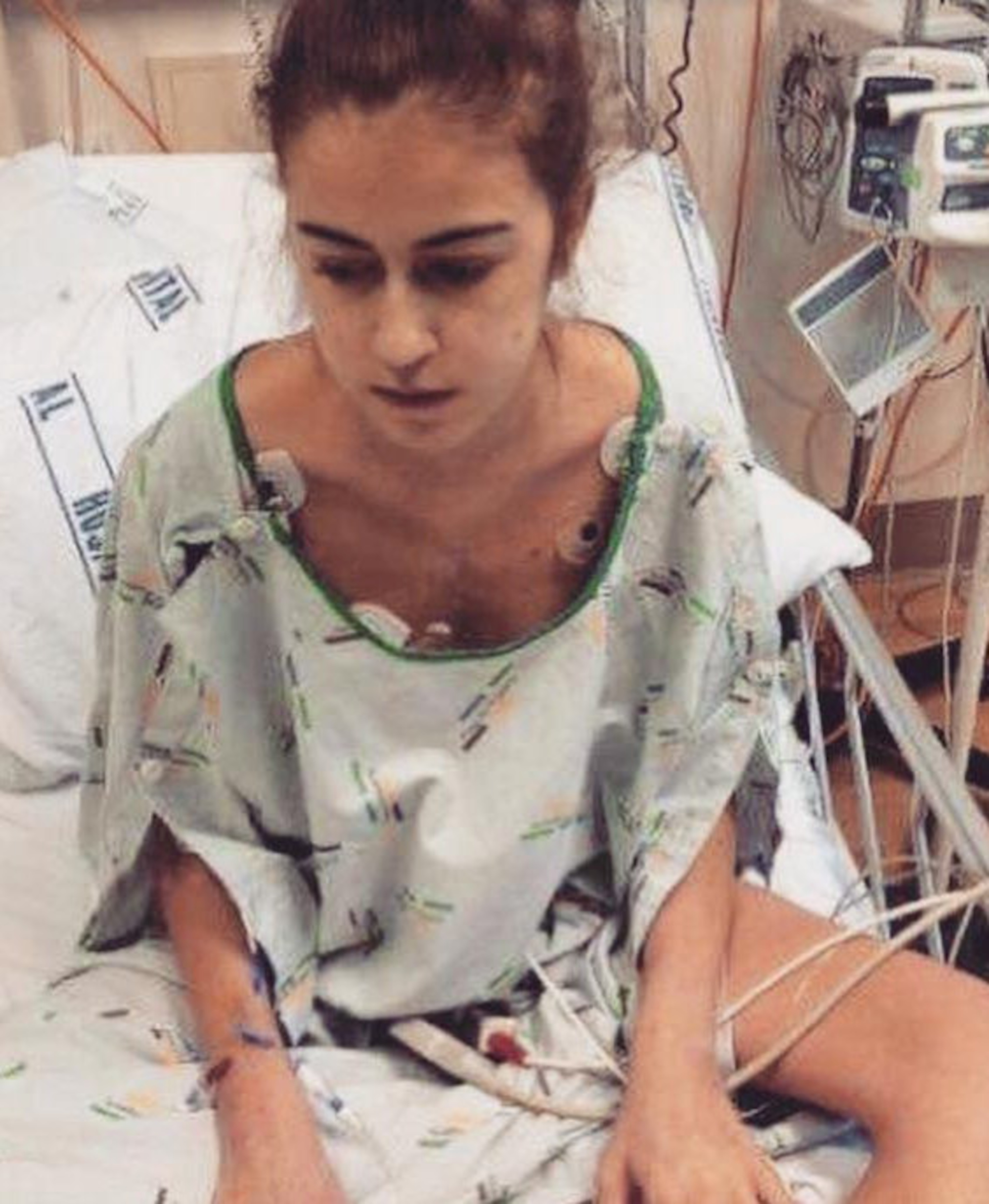 Jessica Manning three days into heart failure, in an undated photo. Manning, who endured more than 200 surgeries has a new lease of life thanks to a heart and liver transplant–but had to be brought back from the dead after the operation. (Jessica Manning,SWNS/Zenger)

A woman who endured more than 200 surgeries has a new lease of life thanks to a heart and liver transplant–but had to be “brought back from the dead” after the operation.

Jessica Manning, 29, was born with heart disease and half a heart and had to have open heart surgery at just five days old. Aged 18, she had surgery to fix a hole in her aorta but then started to suffer from palpitations and her lungs collapsed, leaving her so weak she couldn’t tie her own shoelaces.

She found herself with heart and liver failure aged 22 and her only hope of survival was a double transplant. A donor was found in the nick of time, as doctors told her she hardly had a heartbeat, and she was taken for a 20-hour operation on September 2018.

Manning had to learn to walk again and was on kidney dialysis for five months before she was finally able to come home after 88 days in Auckland City Hospital, New Zealand, and has been able to get her life back.

Manning, who is studying to be a primary school teacher, from Auckland, New Zealand, said: “I’ve been able to get my life back. I’ve survived over 200 minor surgeries and six major operations since I was born.

“At 19 I was so weak I couldn’t tie my shoelaces or do anything for myself–now I can. I’m so grateful to my donor and their family for giving me a new chance at life.”

Manning was born with six different heart defects and had to have open heart surgery at five months old in January 1994, followed by a reconstruction when she was three in July 1996. The hole in her heart was closed when she was six years old, and she was monitored while she was growing up.

“I was OK for the next few years, but they then started to spot I had a hole in my aorta,” Manning said.

She added: “It got too big when I was 18 that they had to operate to make sure it didn’t cause a cardiac arrest.”

Manning had her aorta fixed in April 2012 but started to have heart palpitations following the surgery and had a pacemaker fitted. Suddenly in July 2012, her lungs collapsed, and Manning was admitted to Auckland City Hospital where she had her lungs drained.

“I was told I was going into heart failure too and had liver cirrhosis. They realized I needed a heart and liver transplant,” she said.

Manning was put on the list in April 2017 and had to wait 16 months before there was a match. “I went from 20 percent heart function to hardly a heartbeat–it sounded like hiccups,” she said.

“I was so sick–I had 24-hour care. I couldn’t be independent at all. It was really tough at 25 to have no life for myself.”

Finally in September 2018, Manning went for her double transplant, with both the liver and heart coming from the same donor.

“It took 20 hours, and I lost a lot of blood. I was in a coma for five days and when I came round, I couldn’t even lift a finger.”

Four weeks into her recovery, Manning went into cardiac arrest and had to have her heart massaged to bring her back to life. She was in a coma for the following three days before she came back around and has now made a miraculous recovery.

“I had to learn to walk again and had kidney dialysis for five months. But now I’ve not had to go back to hospital again. Before all I had known was a life of being sick–that was my normal.

“I’ve had to adjust to life but now I’m studying to be a teacher and I can do everything for myself. I’m so thankful to my donor and their family. All I know about the donor is she was a woman in her 50s who had passed away from a stroke. I’ve written letters to her family, and they can choose whether they would like to respond, ” Manning said.